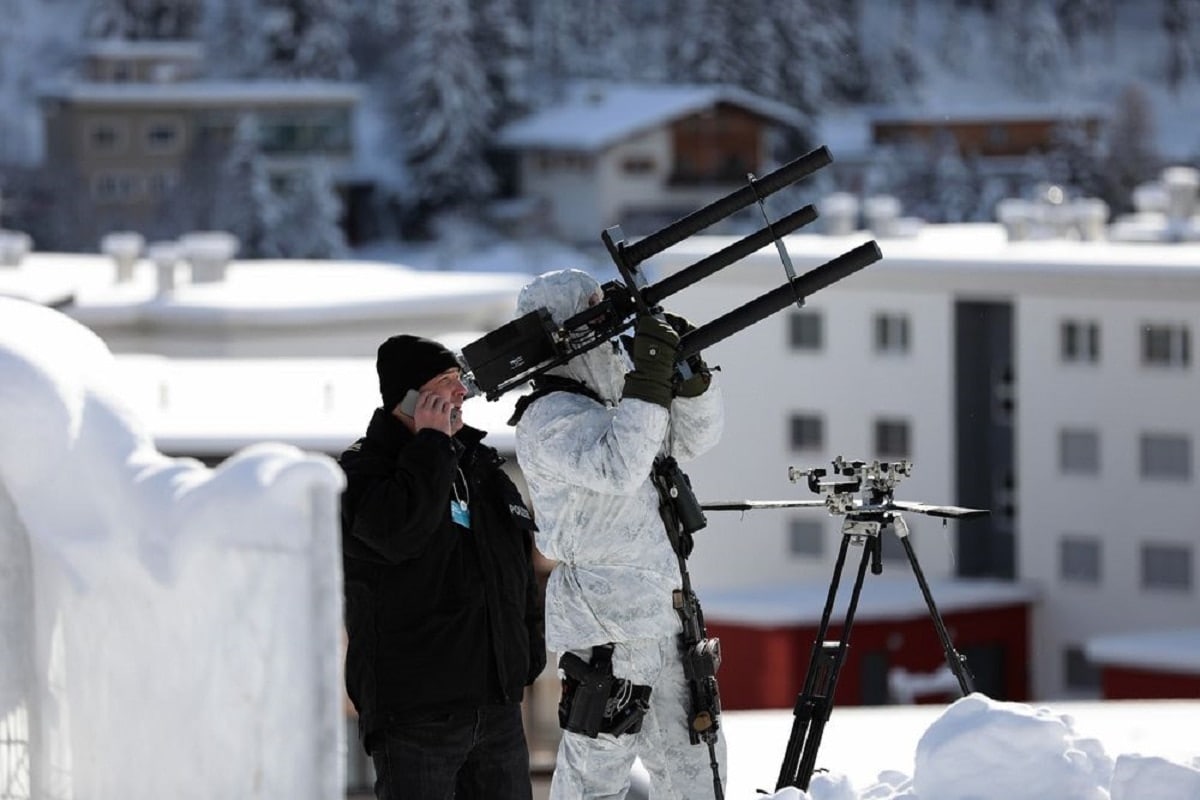 Swiss cops have added anti-drone guns to their security arsenal for this year’s World Economic Forum in Davos.

According to Bloomberg, Swiss authorities have been preparing to use HP 47 Counter UAV Jammers to prevent drones from flying too close to the forum.

The jammers were supplied by German company H.P. Marketing & Consulting Wüst, which for 30 years has sold different models of jamming equipment to military and police forces all over the world. The same models were used by German police during President Barack Obama’s visit to the country.

The HP 47 Counter UAV Jammer can block drone signals more than 1,000 feet away. As the jammer interferes with the drone’s signal, it prevents it from communicating with its operator and thus disables remote control access.

The jammer also creates an invisible boundary around the disabled drone, which prevents it from simply falling out of the sky. With the drone hovering in place, a sniper could do the rest or officials could try to capture it with a rocket-propelled net.

World Economic Forum spokesman Georg Schmitt told Bloomberg that this was not the first year security officials had employed anti-drone measures and that he views drones as major threats to air traffic.

“While drones have great potential, they have — just as every new technology or aspect of the Fourth Industrial Revolution — also a potential downside,” Schmitt said. “The forum takes the safety and security of its participants seriously. It is, therefore, normal that we take any potential issue into account and prepare for it.”