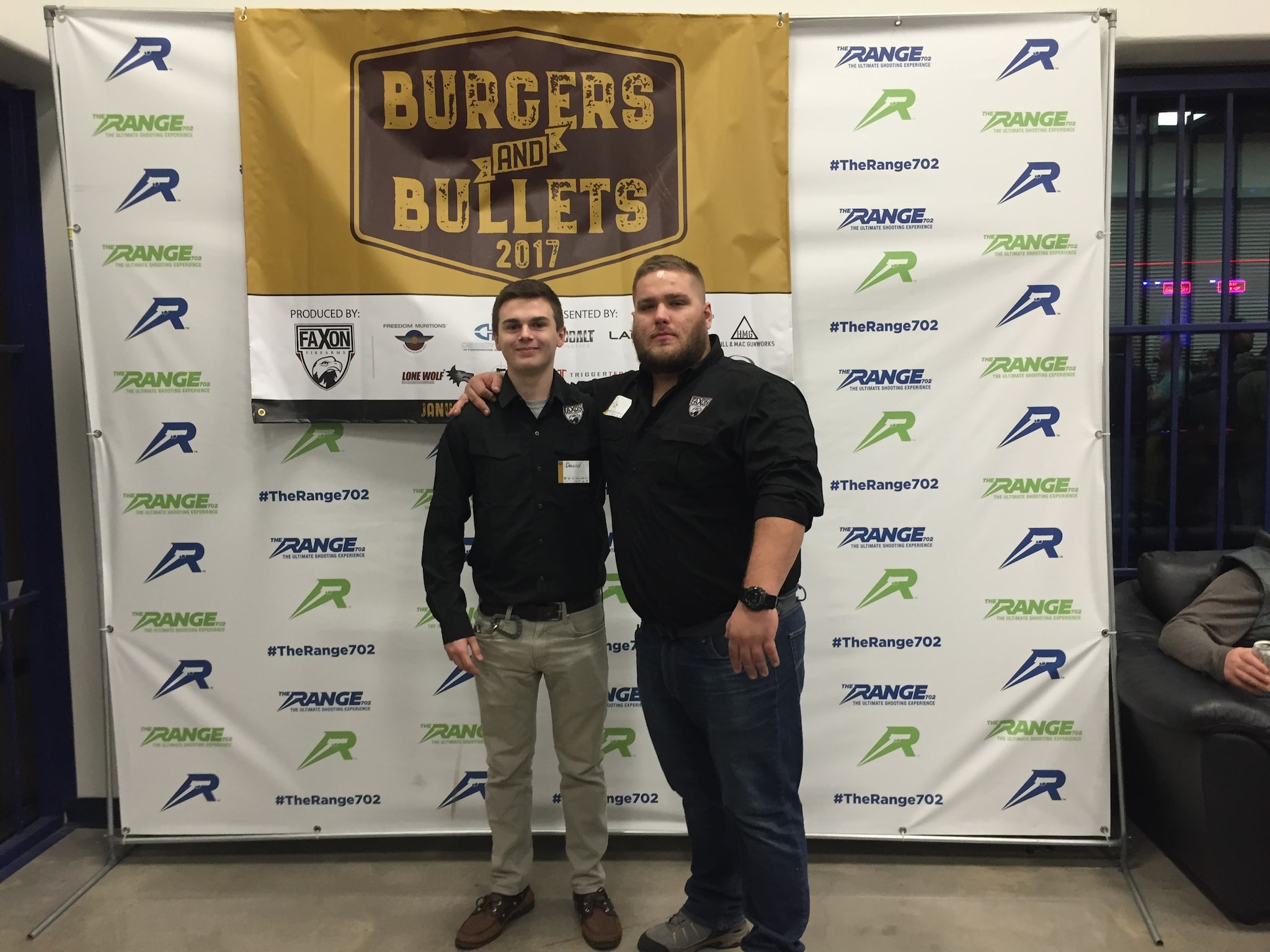 Faxon Firearms sponsored Burgers & Bullets, an event that showcased Faxon’s own new goods, along with firearms and accessories of a few other companies.

The party went down on Thursday night of SHOT Show week, when vendors were surely booth-weary but still ponied up some live fire testing and fun at Range 702, an indoor facility not far from the Vegas strip.

At least 80 people showed up to partake in sliders, fries and shooting. Due to the crowd, it wasn’t possible to get a good summary of every company present, but here are some recollections from the Guns.com team.

Among the approximately 13 guns on the line was Faxon’s latest, the ARAK-21 XRS. It’s an updated version of their ARAK-21 upper/barrel combo, with improved feeding reliability on the 5.56 barrel. That description puzzled this writer, as 5.56 fired dependably on our own lengthy ARAK-21 test. The kit also fires 7.62×39 and 300 Blackout. It ran great, and the wrap-around Picatinny rail-covered handguard is as beefy as I remembered.

Desert Tech reps trotted out the new MDR for trial. It’s a bullpup carbine, specialized for CQB/home defense, that looks quite a bit like an IWI Tavor, but comes in 223 Wylde, 308 Winchester, and, with the company’s conversion kit, 300 BLK.

Firing it indoors, unsuppressed, in 308 probably enriched hearing aid salespeople of the future, but it was sure fun. The compact gun handles this big cartridge surprisingly well. Controls differ quite a bit from the Tavor’s, and like any new semi-auto, the user willing to put in time behind it will find the most success. Getting a little trigger time in, thanks to Faxon and other producers. (Photo: Team HB) 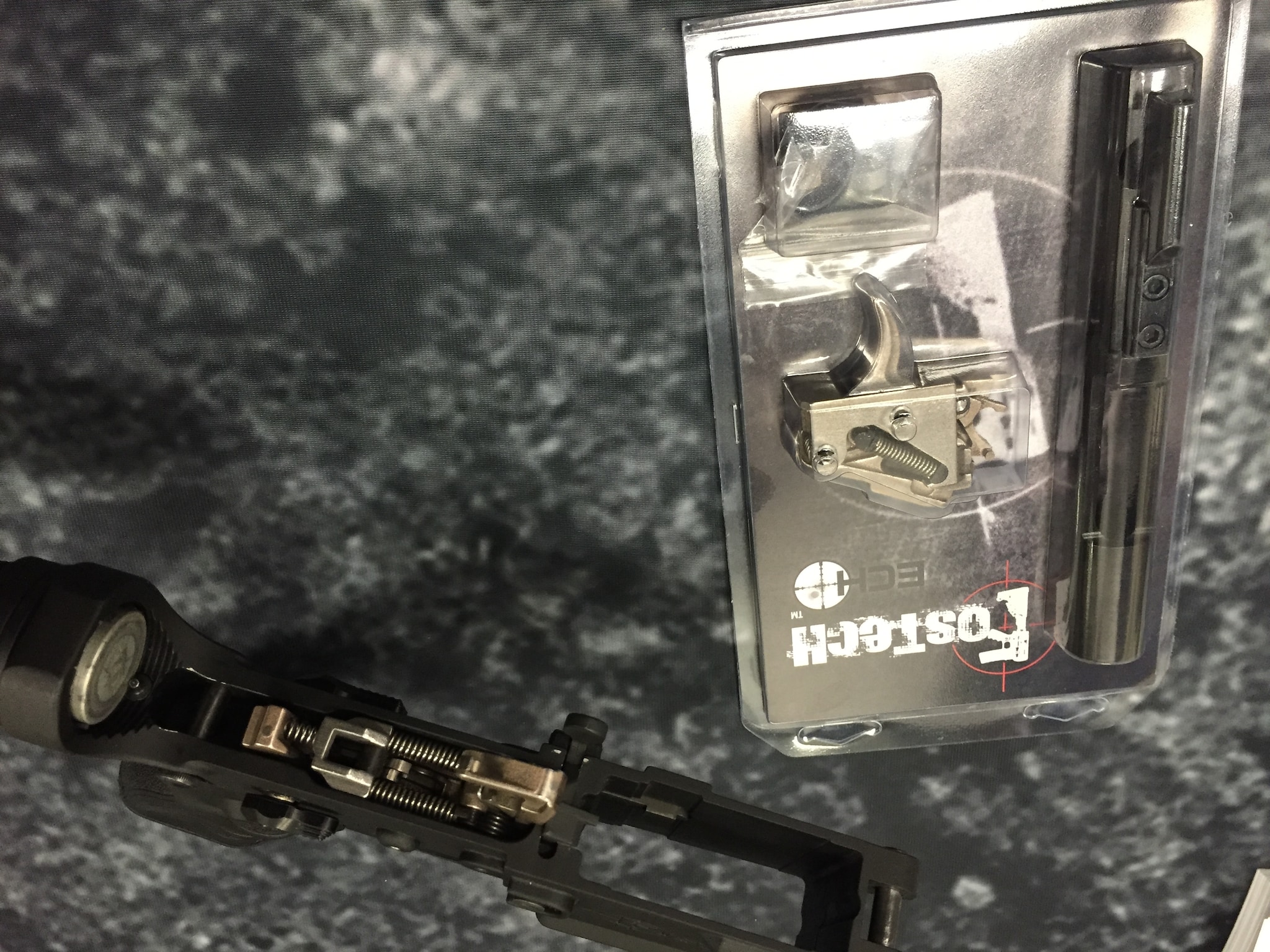 Fostech, a family business based in Indiana, outfitted a rifle with their most interesting AR trigger. To put it in simple terms, the hammer travels in such a manner that both the regular trigger pull and the reset click fire a round. At $479 retail, the trigger, introduced at SHOT 2016 and now in production, is extremely popular. The company is currently running a six-month backorder list. 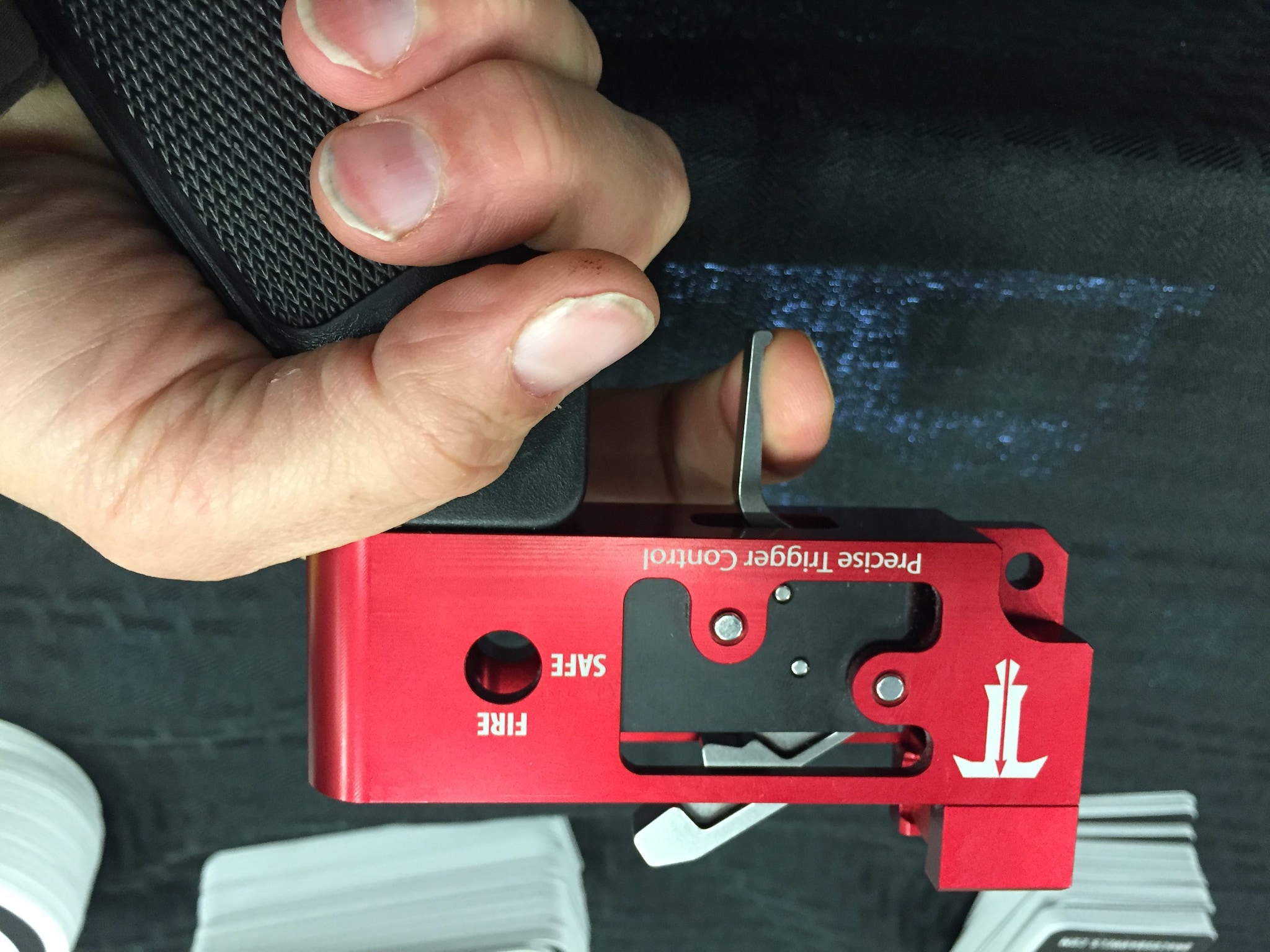 Trigger Tech was on hand with some demo grip/receiver combos, to allow folks to test the company’s two-stage trigger. The demo receiver allows the tester to watch the action inside the trigger assembly as the trigger is actuated. A short take-up and nice break is therefore confirmed with two senses.

Lone Wolf Distributors showed up with a competition-ready Glock, outfitted with an RMR. Although this writer didn’t fire that one, those who did seemed pleased. Likewise, Cobalt Kinetic’s two AR15s looked ready for three gun action. 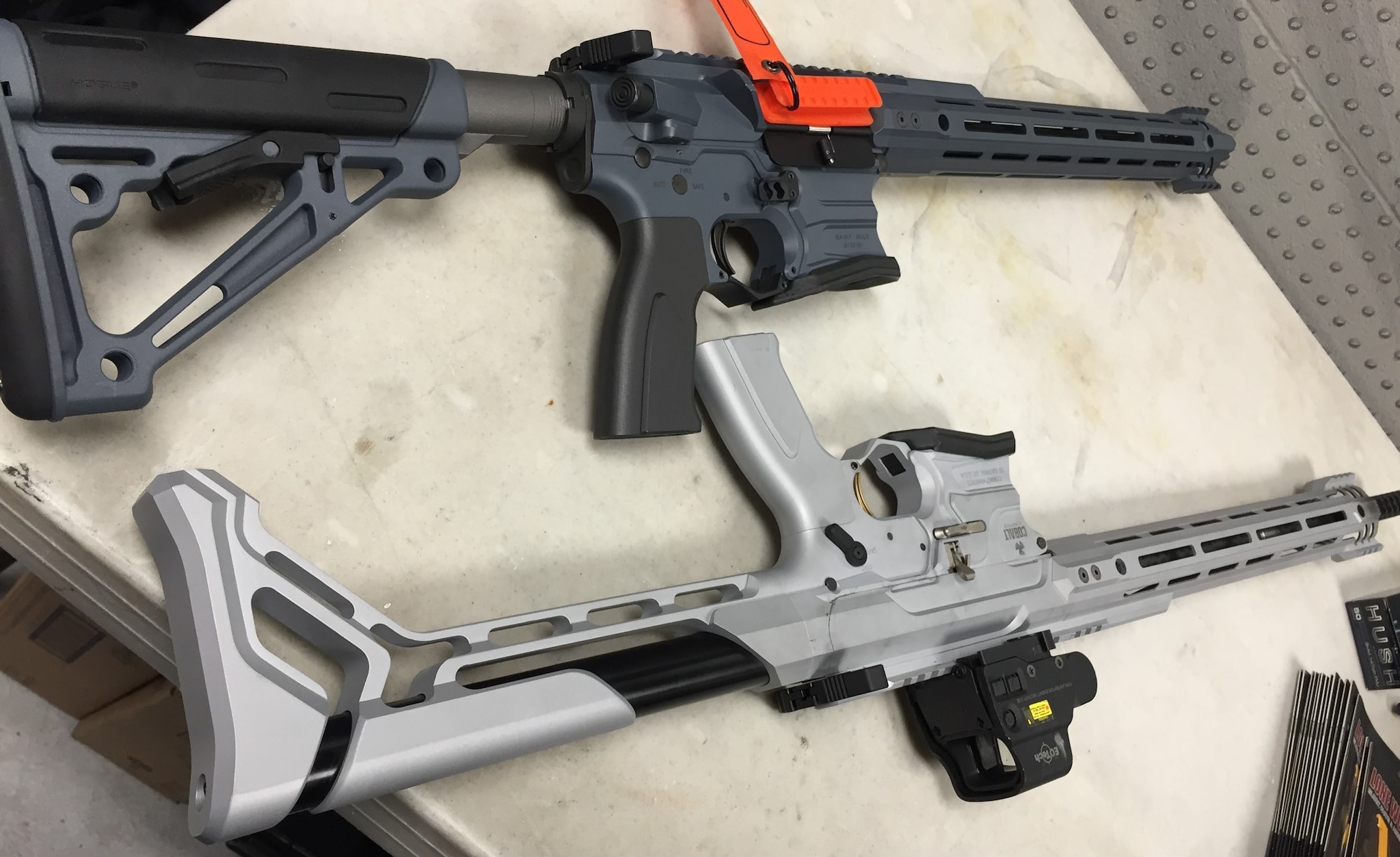