Turkish producer Canik, whose pistols are imported by Century Arms, went from having a display of three pistols at SHOT Show 2016 to about a dozen at SHOT Show 2017. The pistol is growing in popularity, both overseas and in the US, so the company responded by giving consumers more reasons to switch to Canik. 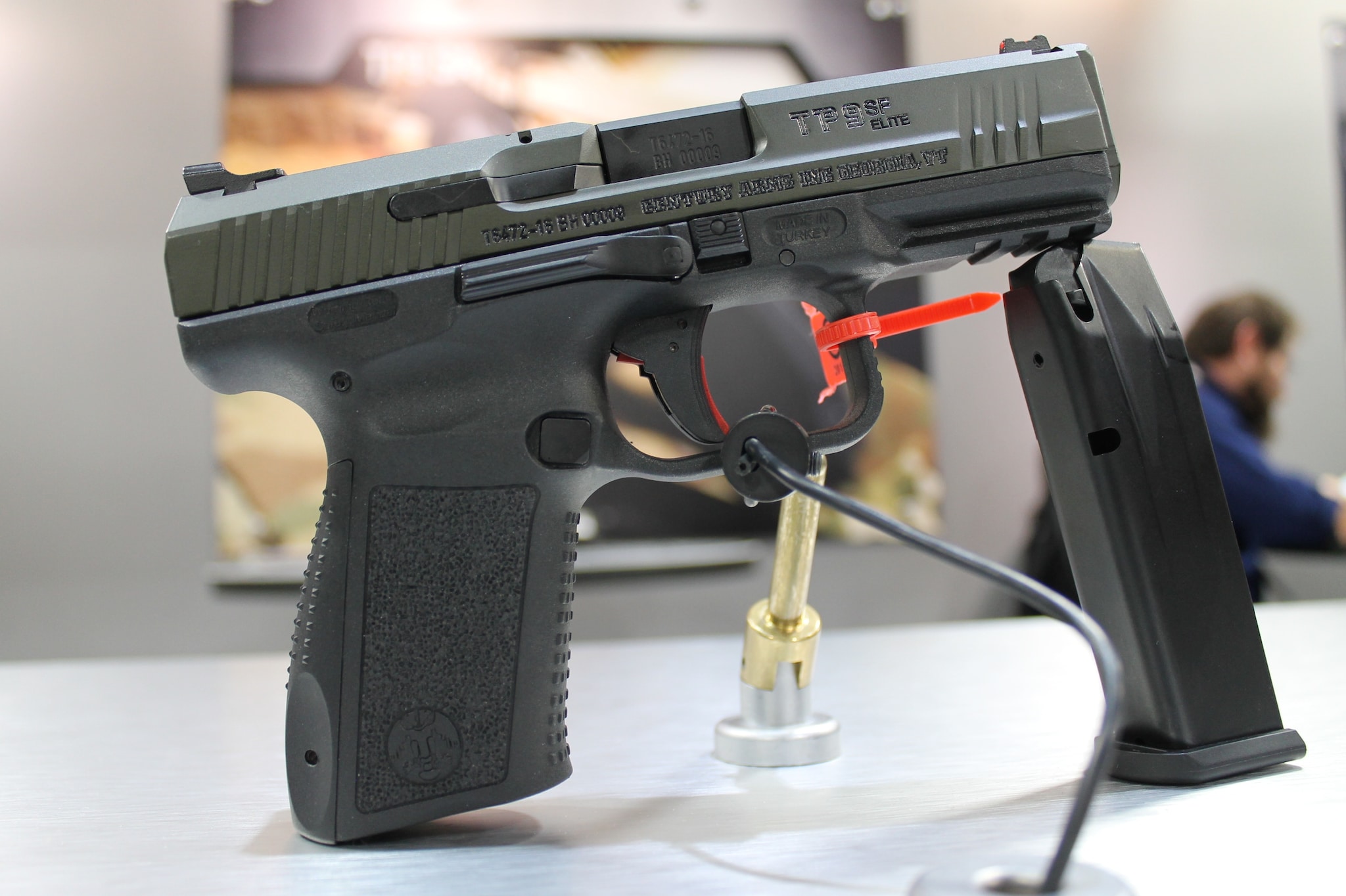 Canik is rolling out the updated TPs, but OD green won’t be one of them in the US. (Photos: Team HB)

The TP9 SA profile has faded from its once high-profile presence. In its place is the TP9 SF, with a nearly dizzying array of options.

New for 2017 is the TPA DA (double action), replacing the V2. The decocker is now located on the left side only. Gone are the grooves on top of the slide, too. MSRP: $459.99. It started shipping in December. 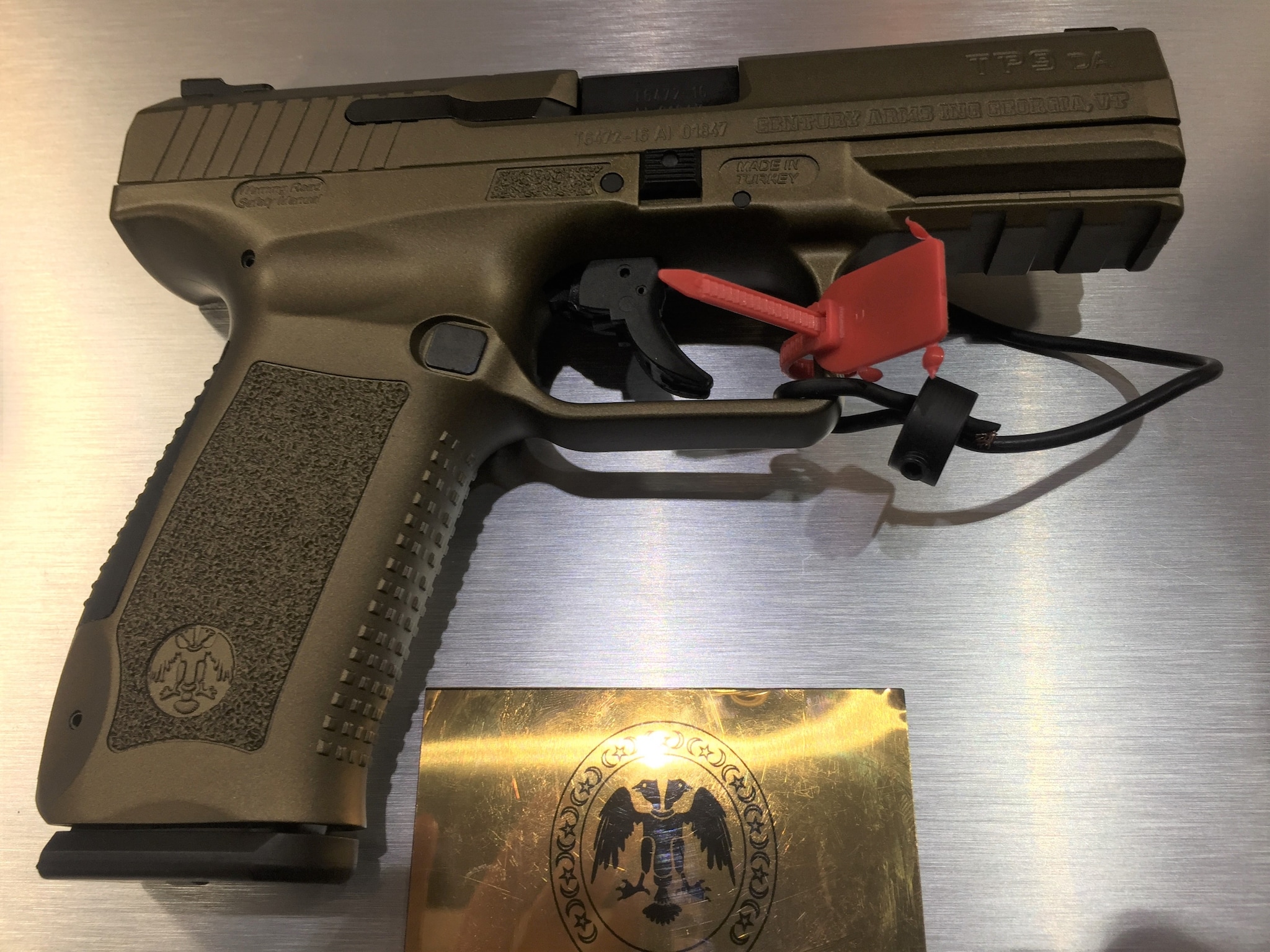 The DA is replacing the V2.

Another new release is the TP9 SF Elite, a compact 9mm. It’s black with a 4.19-inch tungsten-colored slide, though in Europe it comes in OD green. It has a 15-round mag and ambi slide lock. Canik chose to change the color of the trigger-face safety block to red, and added a second safety lever that folds up from the trigger guard, blocking rearward movement of the trigger. This, unfortunately, invites unnecessary interactions between fingers and trigger, exactly the opposite of safe practice. The SF Elite was released in December at $459.99. 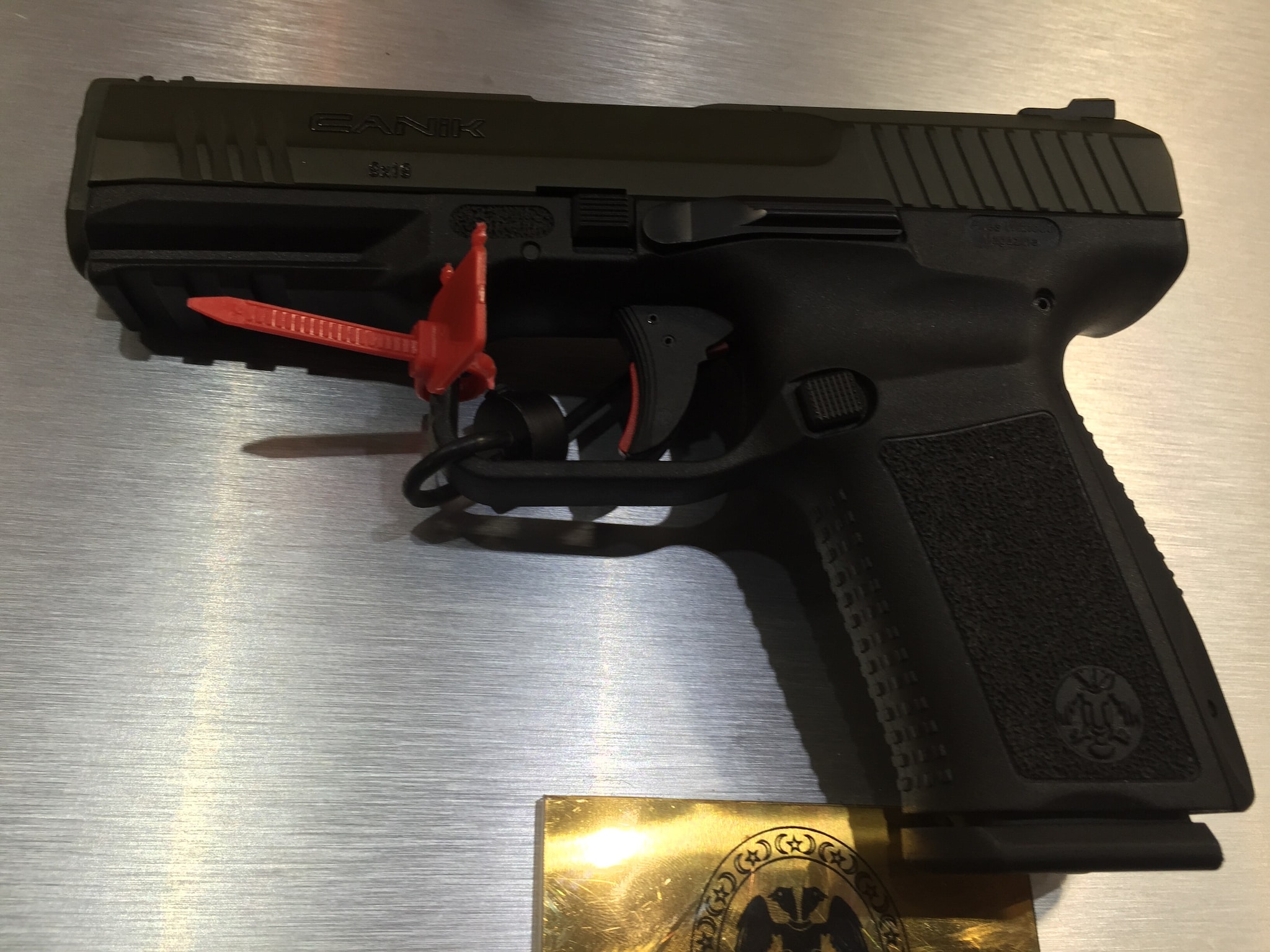 The SF Elite, in OD green, a color only available in Europe. 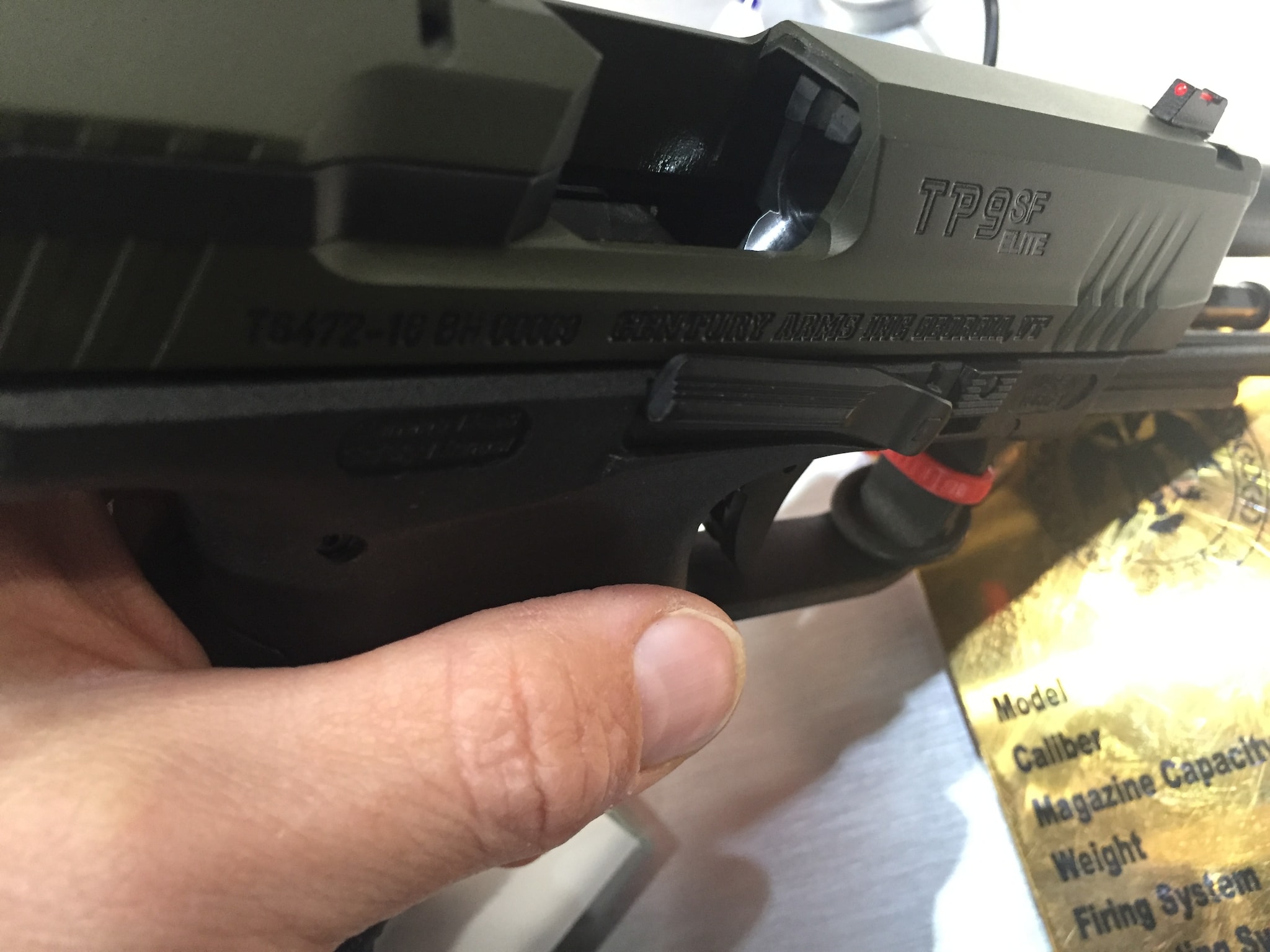 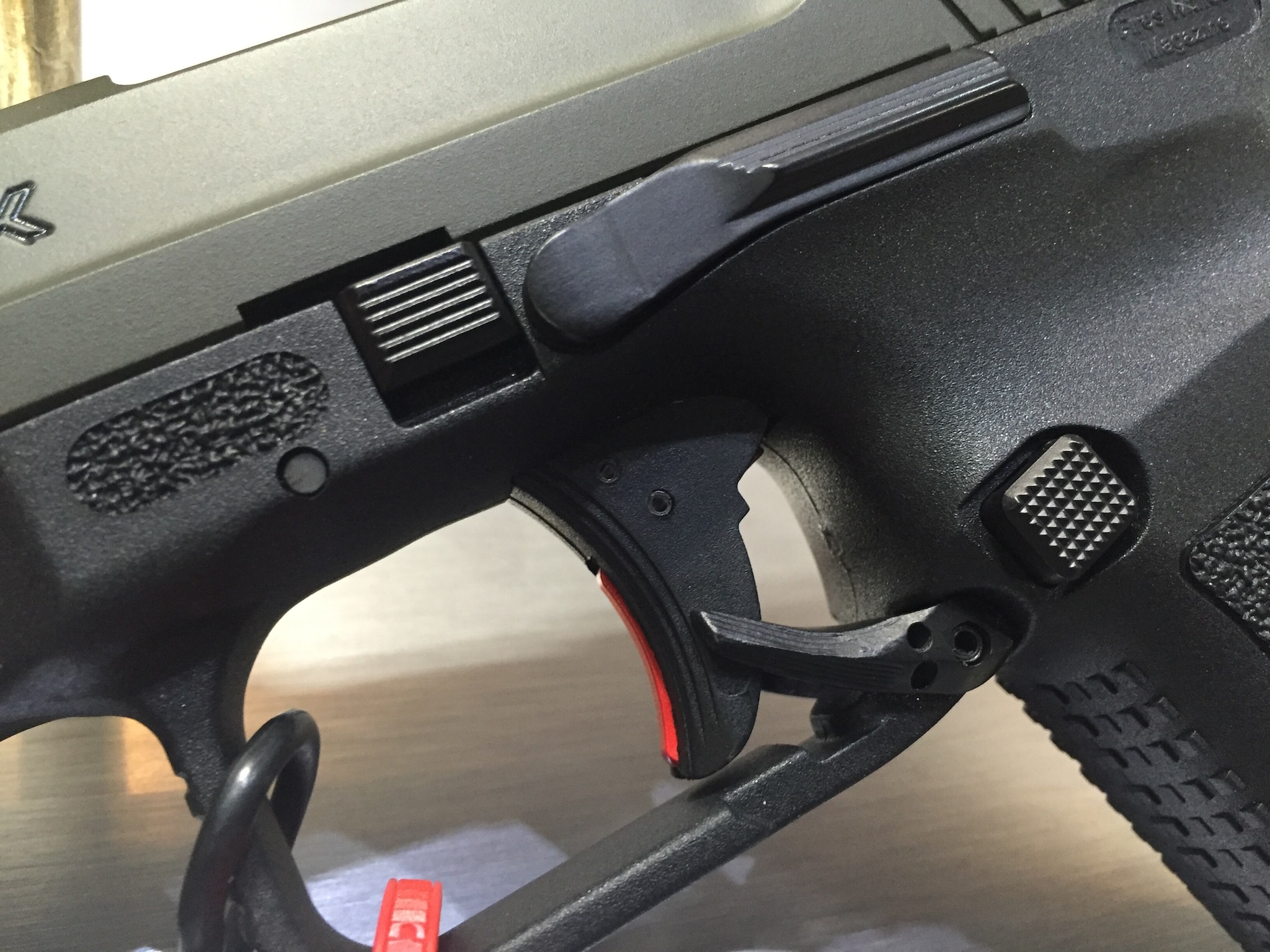 The optional trigger block could invite unnecessary interaction with the trigger.

Not pictured here is the TP9 40, a 40 caliber version of what appeared at SHOT Show to be the SA platform.