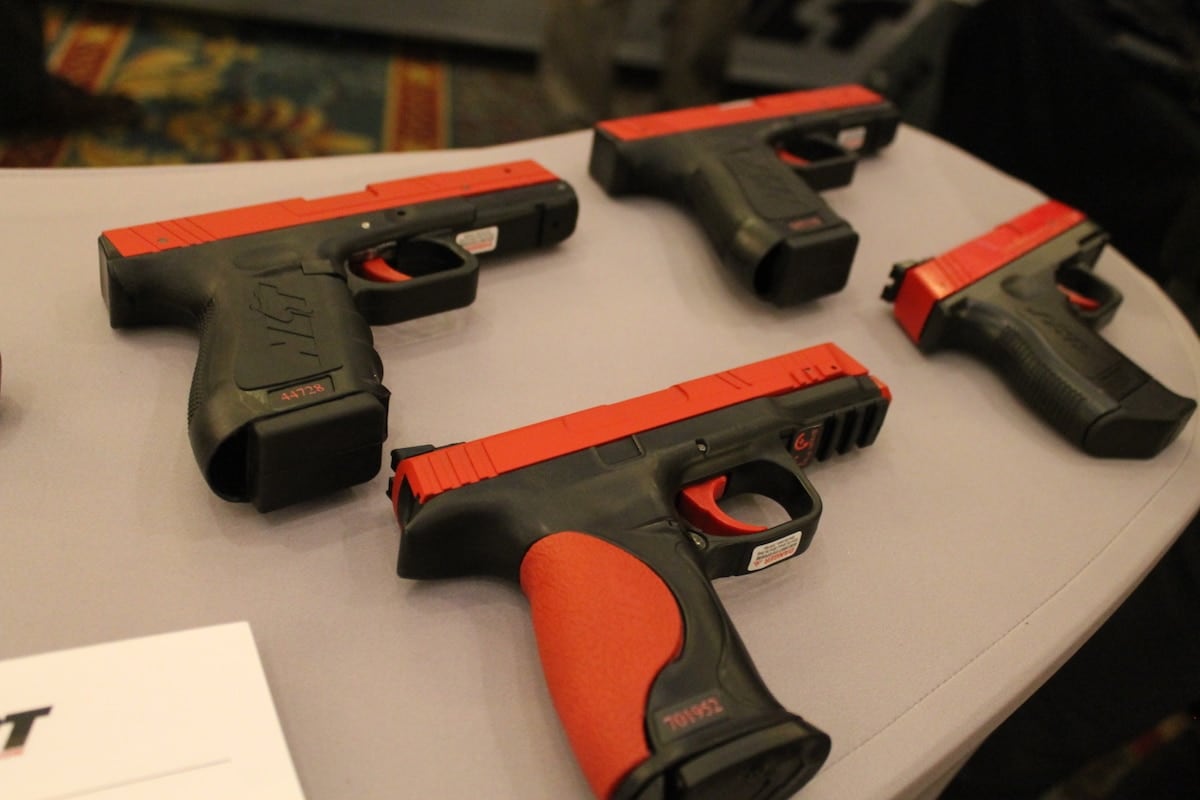 The company’s Shot Indicating Resetting Trigger laser gun, or SIRT, has been a popular option among the training community, but only comes in full-size versions based on the Glock 17/22 and Smith & Wesson M&P. That’s all set to change in 2017 as NLT gears up to release a hybrid, concealed carry laser training pistol.

Previewing the prototype at SHOT, reps for the company told Guns.com the new pistol aims to capture the concealed carry market. The new pistol trainer will not be modeled after one specific brand, but instead will feature attributes from several popular concealable guns. 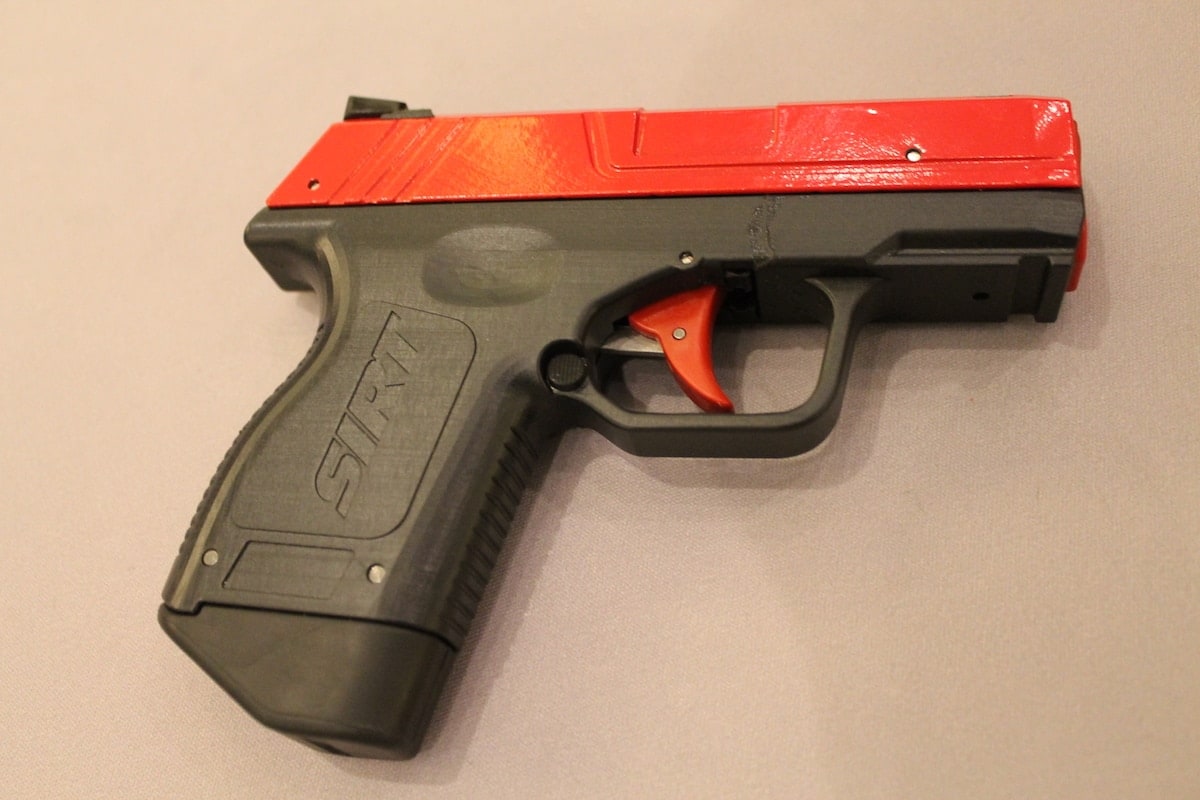 The pocket pistol debuted at SHOT was a prototype. The company intends to release the cleaned-up, finished version sometime in 2017. (Photo: Jacki Billings)

The pocket pistol will utilize the features SIRT fans have come to enjoy to include that crisp, positive trigger and weighted gun feel.

The CC SIRT is slated for release sometime in 2017, but reps for the company could not give a definite on a specific date or price point.

In addition to showcasing the new pocket pistol prototype, the company also displayed the model 110 and 107 training pistols as well as its AR bolt. All three allow shooters to visually confirm shot placement and work on fundamentals. 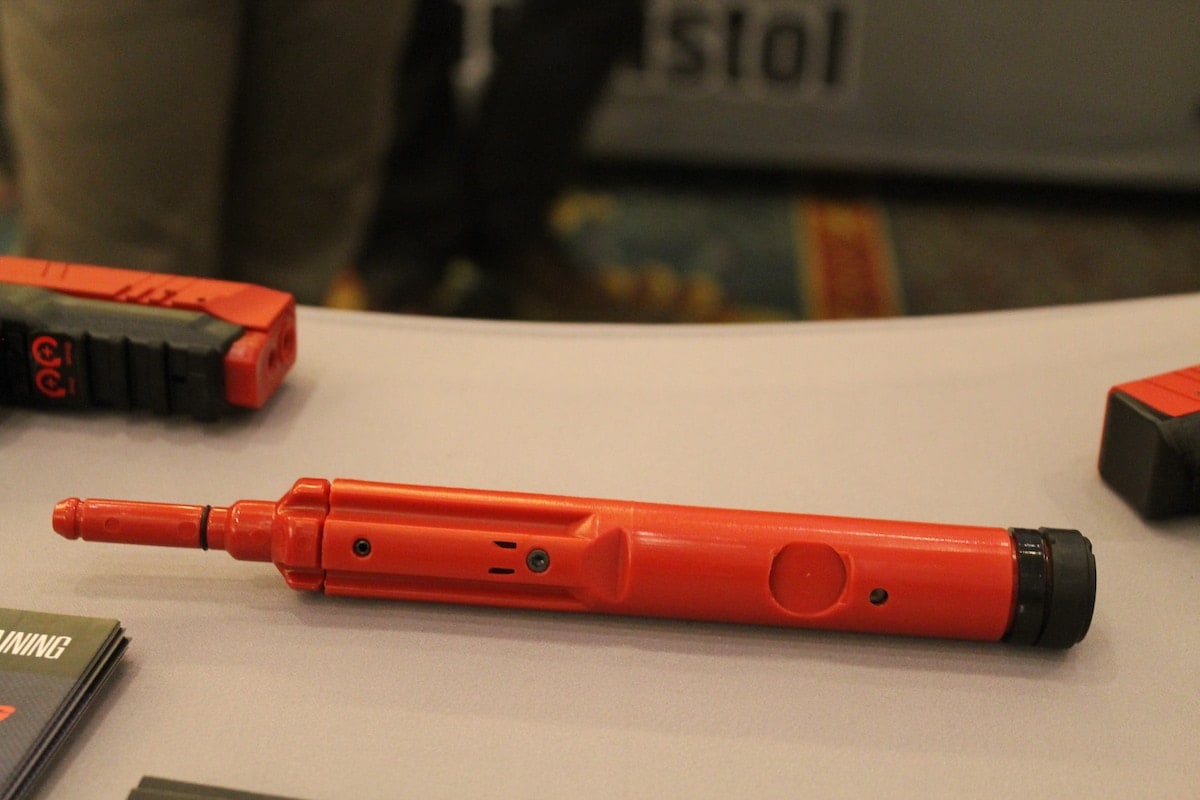