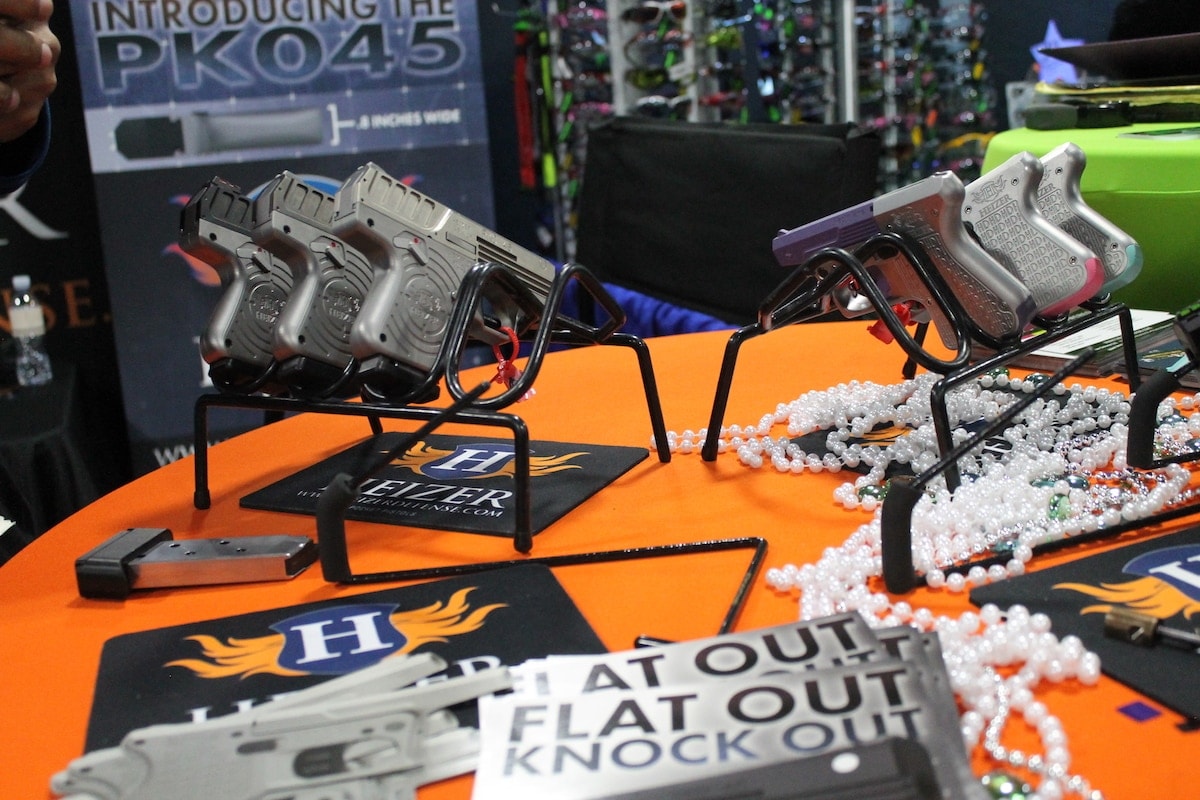 A row of Heizer Defense PKOs on the left and the Hedy Jane series on the right at SHOT Show 2017. (Photo: Jacki Billings)

Heizer Defense will begin shipping its latest subcompact handgun the PKO in February, according to a representative from the company.

The PKO-45 was announced in April 2016 at the U.S. Concealed Carry Association Expo. Originally slated for a September 2016 release date Hezier said the gun was delayed, but the PKO-45 and accompanying 9mm should hit consumer shelves next month.

The PKO-45 holds 5+1 rounds with a flush magazine, and two more rounds with the extended mag. Engineered with concealed carry in mind, the compact handgun features a curvy design to prevent snagging and a slim 0.8 inch width. 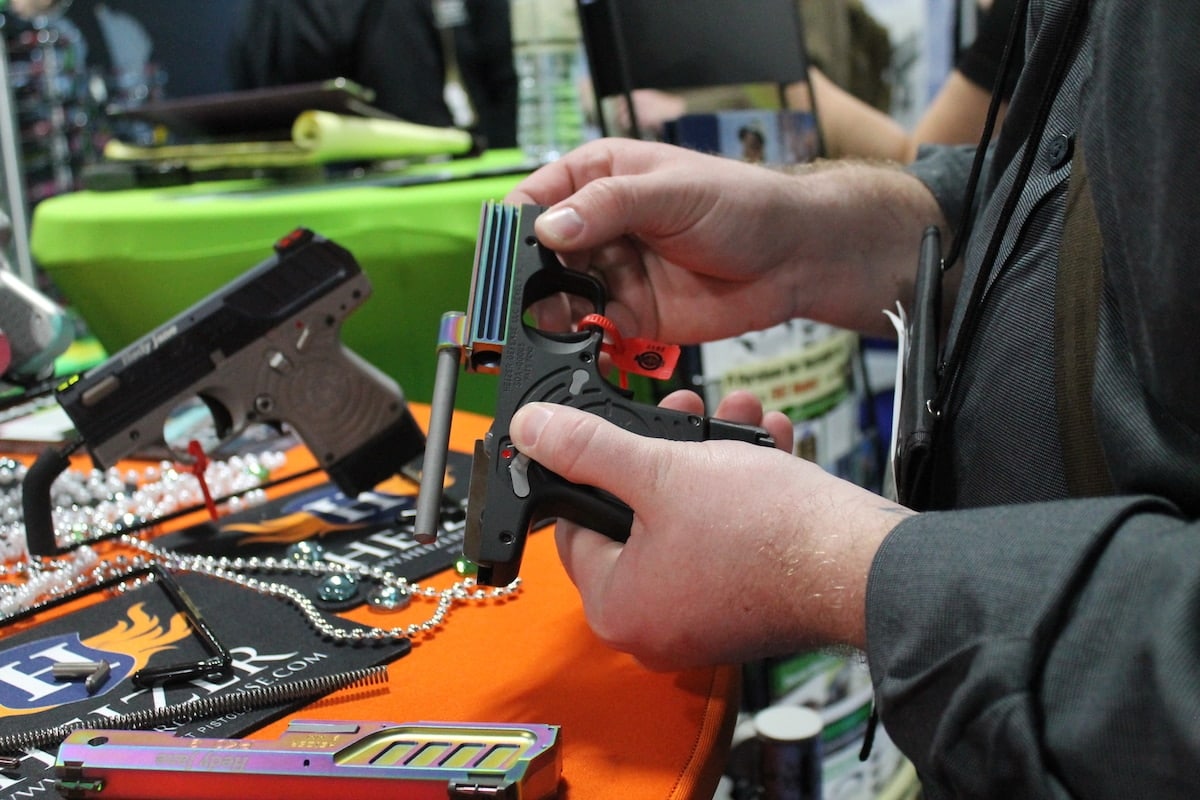 A SHOT Show attendee breaks down the PKO 9mm version for a better look at its inner workings. (Photo: Jacki Billings)

If snazzy looks are on the agenda, Heizer is also making a titanium version of the PKO, which retails for a crisp $1,399. 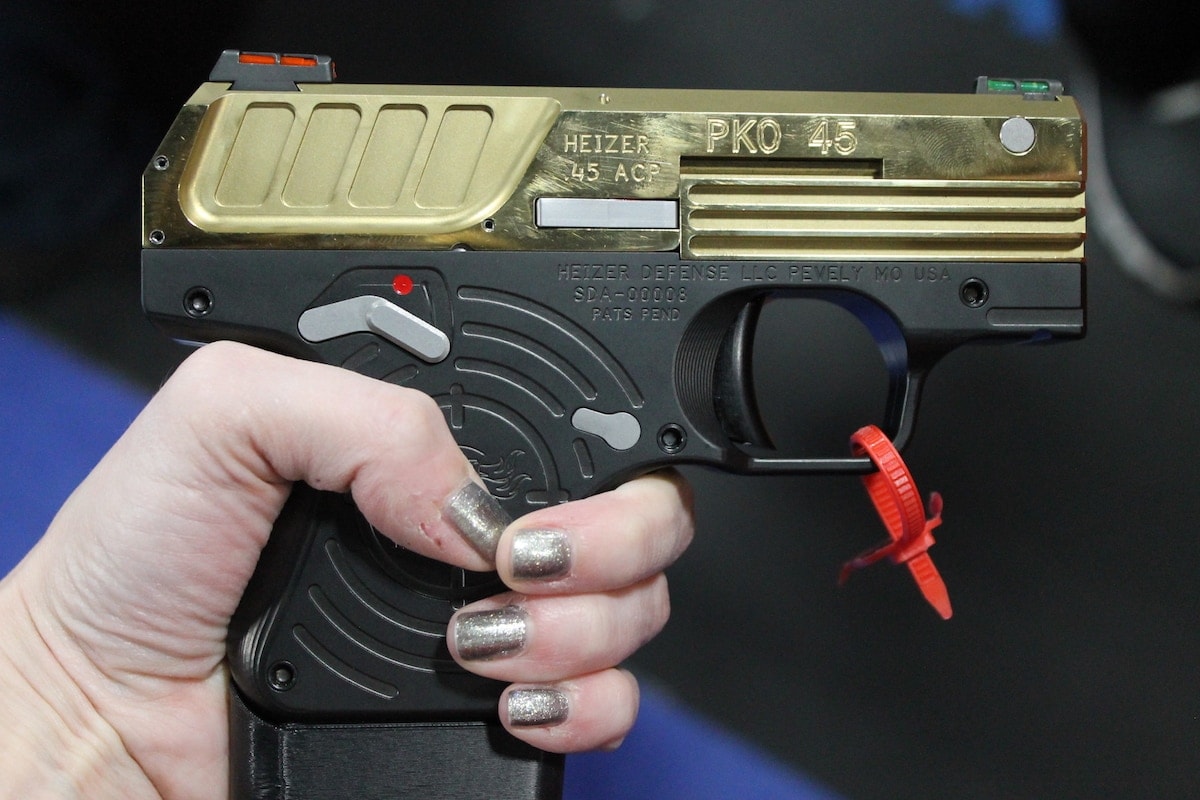 The Titanium version of the PKO-45. (Photo: Jacki Billings)