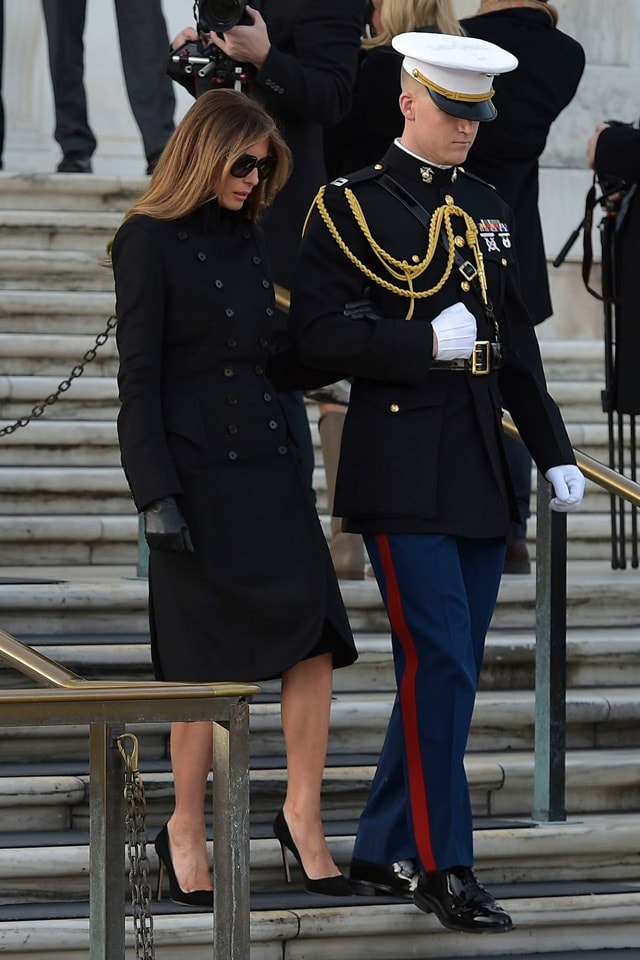 During the wreath laying ceremony at Arlington National Cemetery Thursday afternoon, the now First Lady Melania Trump donned a military-inspired coat designed by the daughter of a veteran who was left with life-long disabilities during his service.

Norisol Ferrari, who is also a naturalized U.S. citizen, said it was made quite clear early on that Mrs. Trump wanted a “commanding, military-esque coat” for the ceremony, which happened to be Ferrari’s strength in design.

“I am absolutely opposed to discrimination in any way,” Ferrari said of other designers’ refusal to work with the First Family. “I wanted to give her her own voice. Empowering women is all that matters to me. I do not discriminate whether for race, religion, color of skin, sexuality, political affiliation – what have you. No, I do not believe in it in any form.”

Ferrari described Mrs. Trump as quiet and kind, graceful, striking, and poised. She feels the First Lady is a woman who is being misunderstood and wrongly scrutinized. Ferrari also said she felt “fortunate” to have the opportunity to design the coat, adding that Mrs. Trump “made it very easy.”

Ferrari, who hoped she wouldn’t be “caught in the crosshairs” of the controversy surrounding the Trump family, said her first thought the morning of the ceremony was, “God, I hope we can be a less angry nation.”

“My biological family paid a very heavy price for this nation and that’s why I did this,” Ferrari, who was given up for adoption by both of her biological parents, concluded.