SHOT Show, the world’s largest gathering of firearms industry professionals, is an exercise in walking, walking, walking, to find a booth, meet a contact, or grab more data. Tuesday through Thursday, the effect of companies’ larger-than-life and otherwise stunning displays at the Sands Expo is sometimes diminished by the presence of the omnipresent, thick crowds. But on Friday, more than half the attendees have gone home. Suddenly, it’s a different show. A person can browse instead of pressing into a sea of humanity. Huge displays take on an even greater looming presence. It’s not quiet, but the decibel level is much reduced. This gallery of Friday shots attempts to showcase the visual impressiveness of the 2017 show. 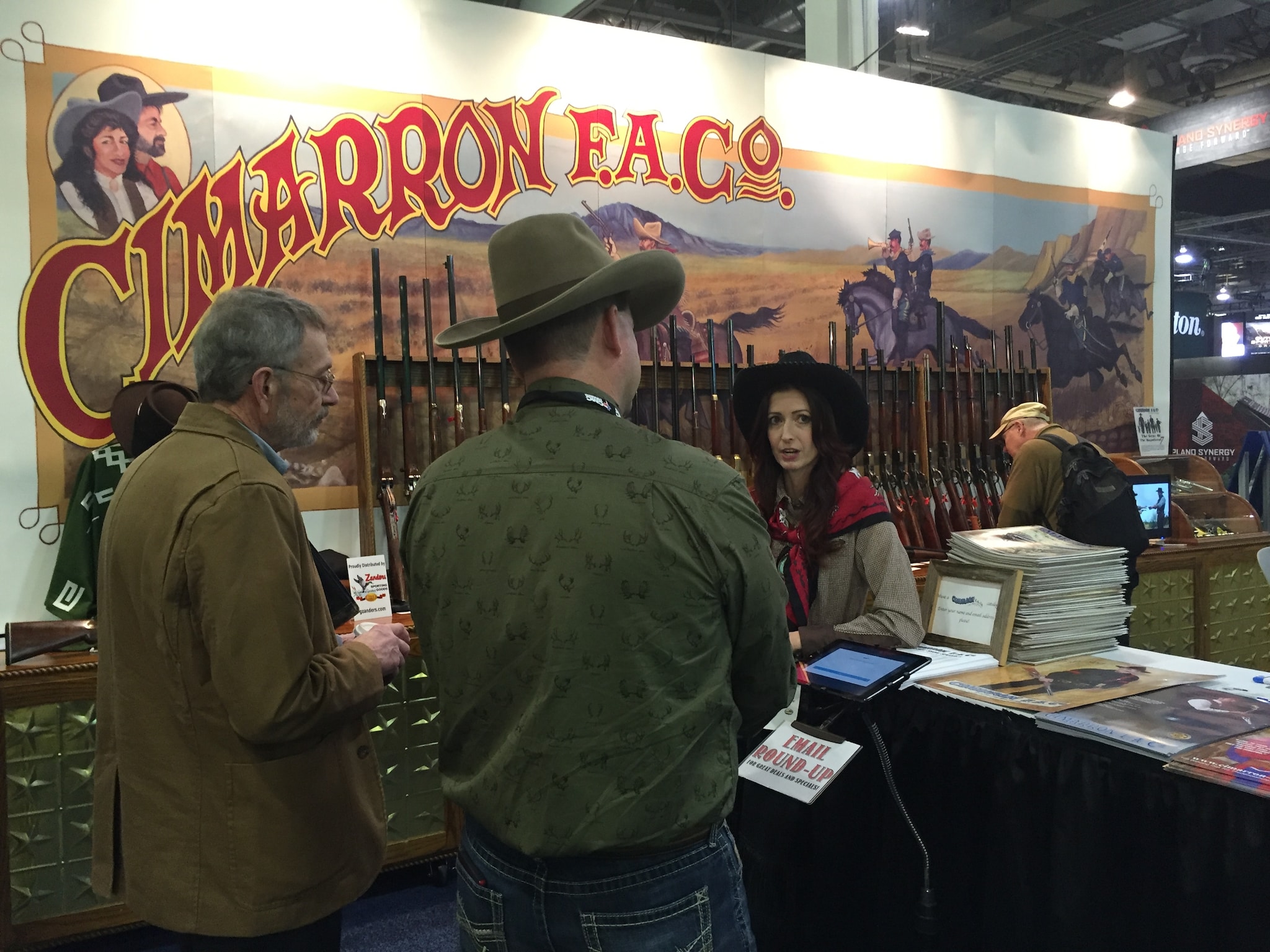 The Cimarron Firearms Co. booth takes visitors back in time to the Wild West. 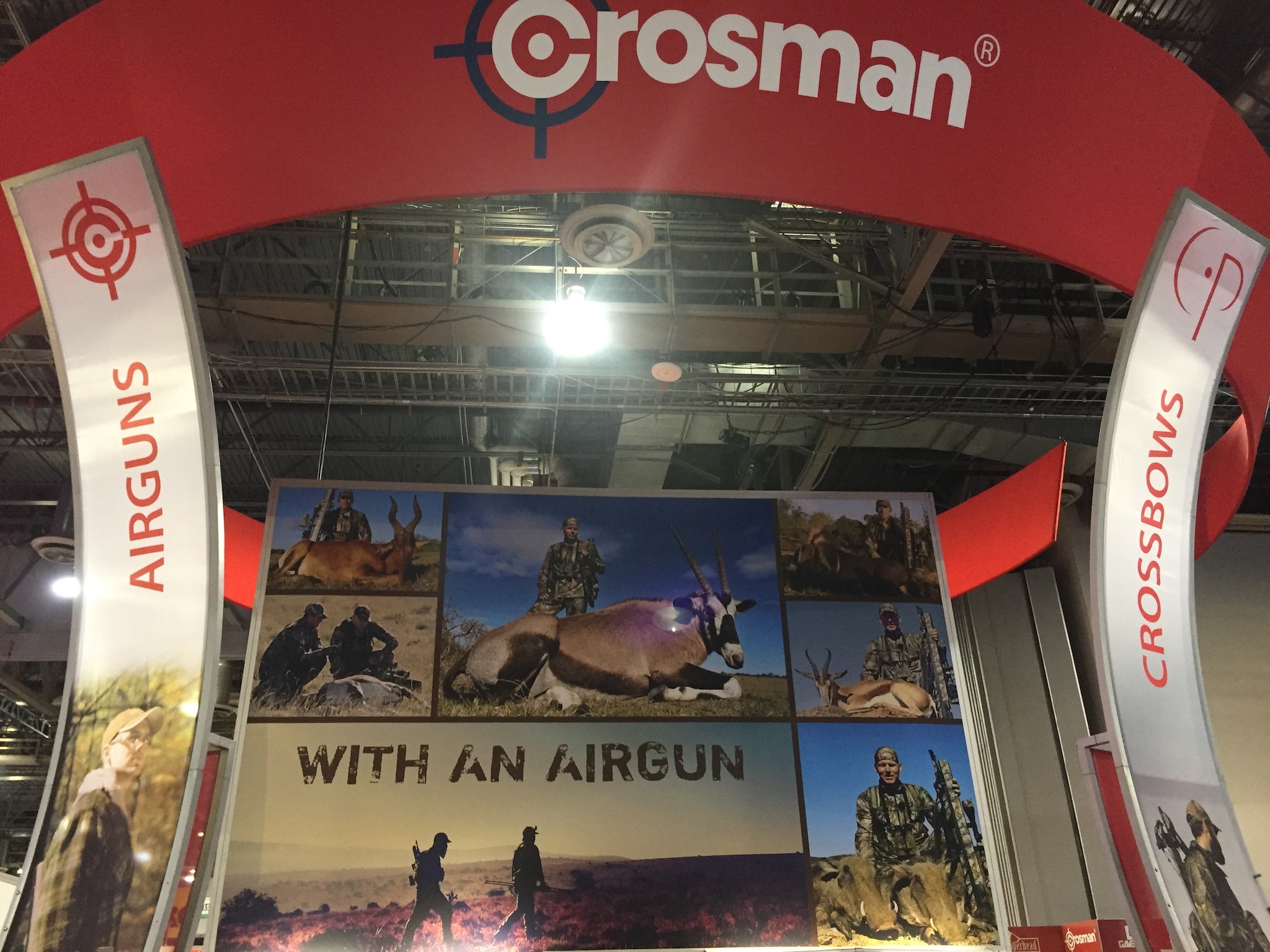 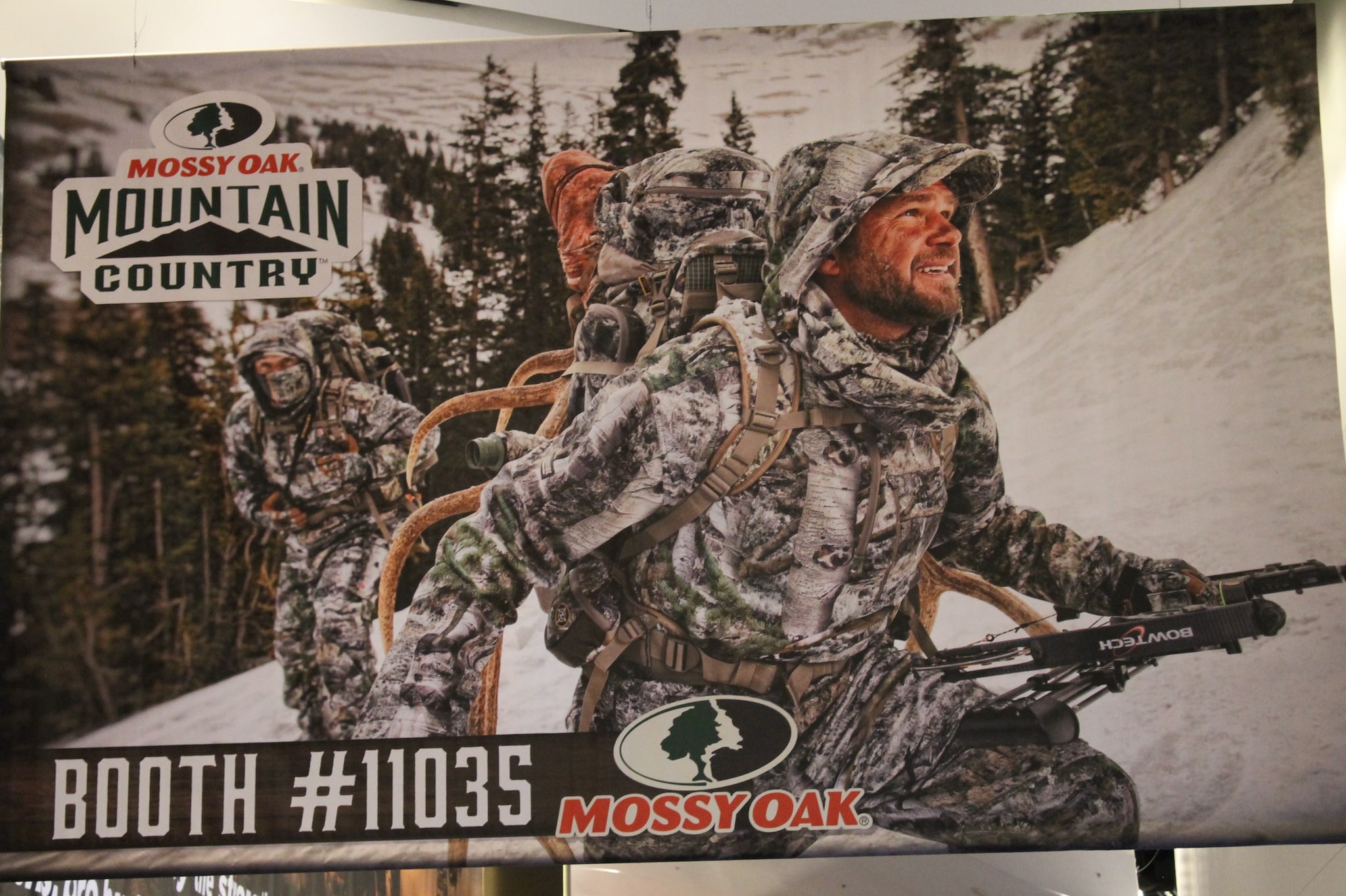 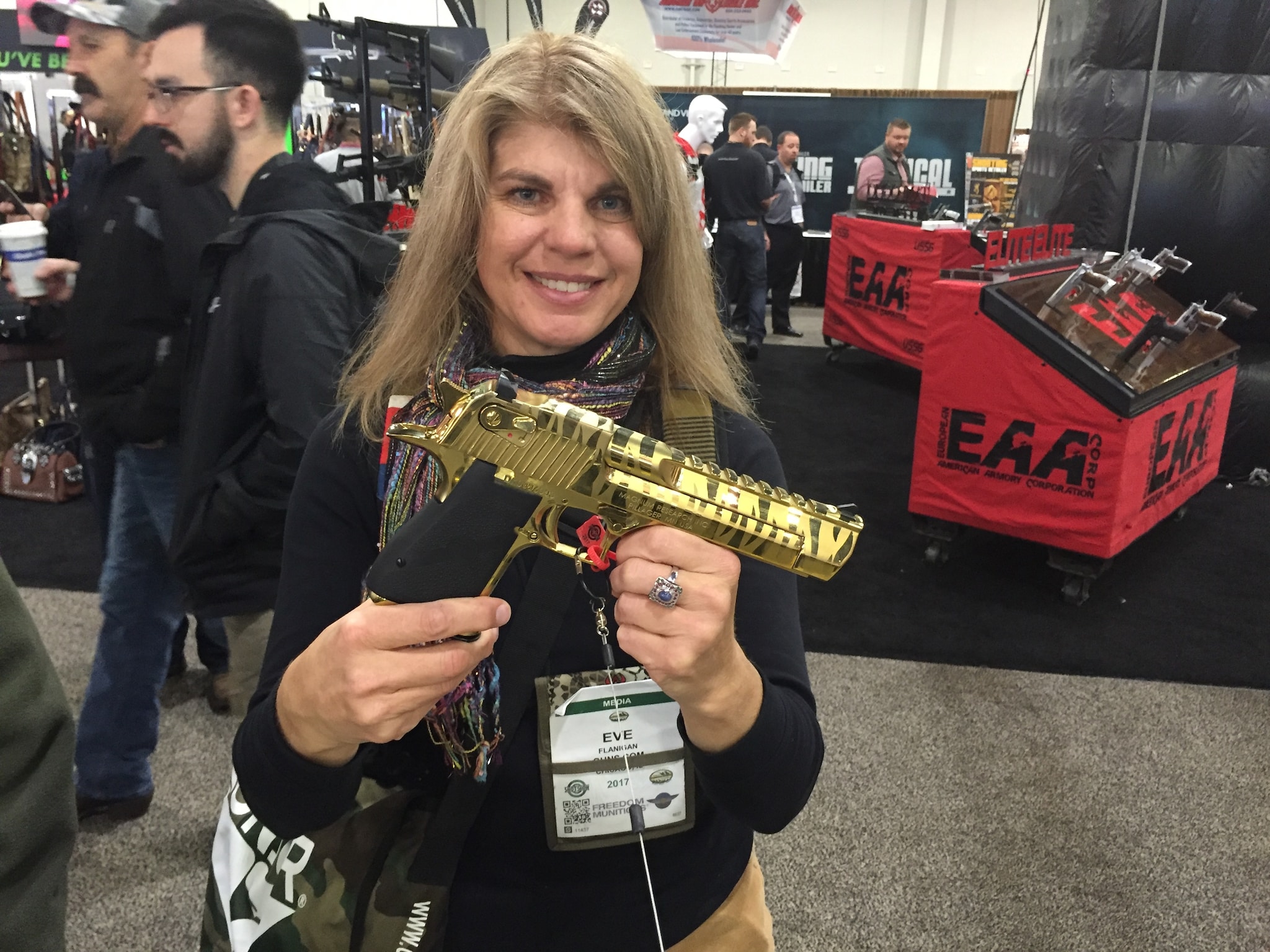 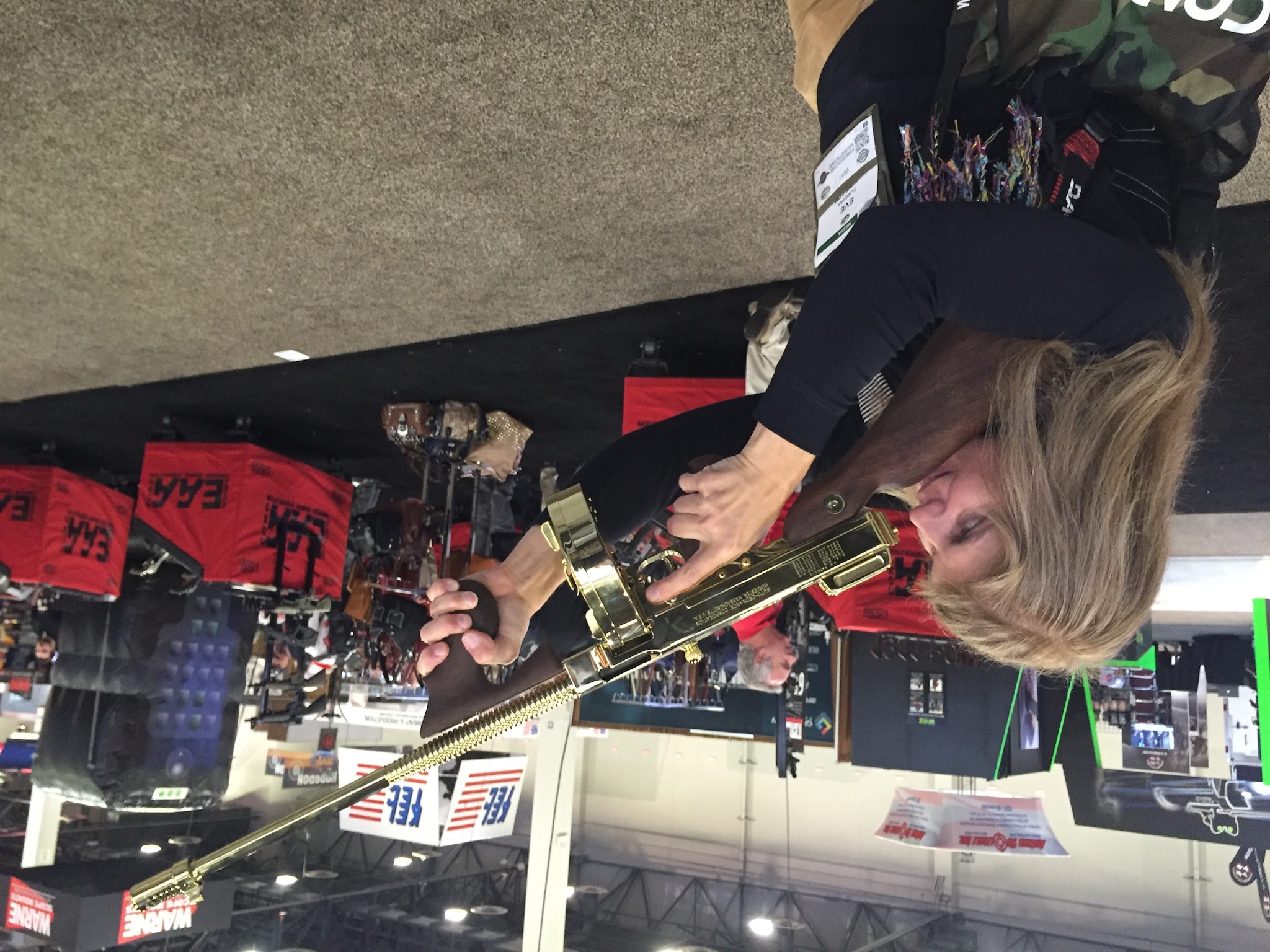 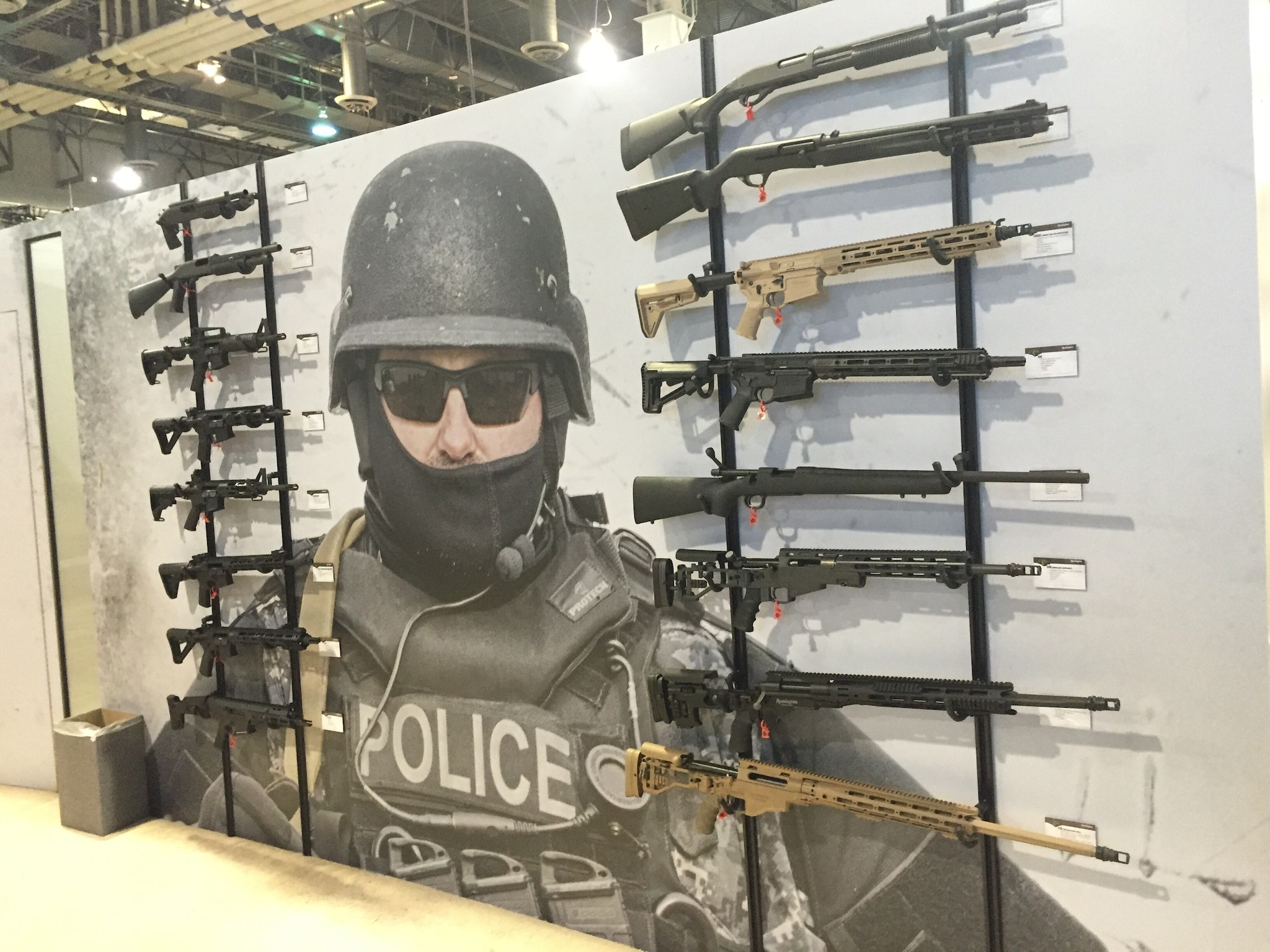 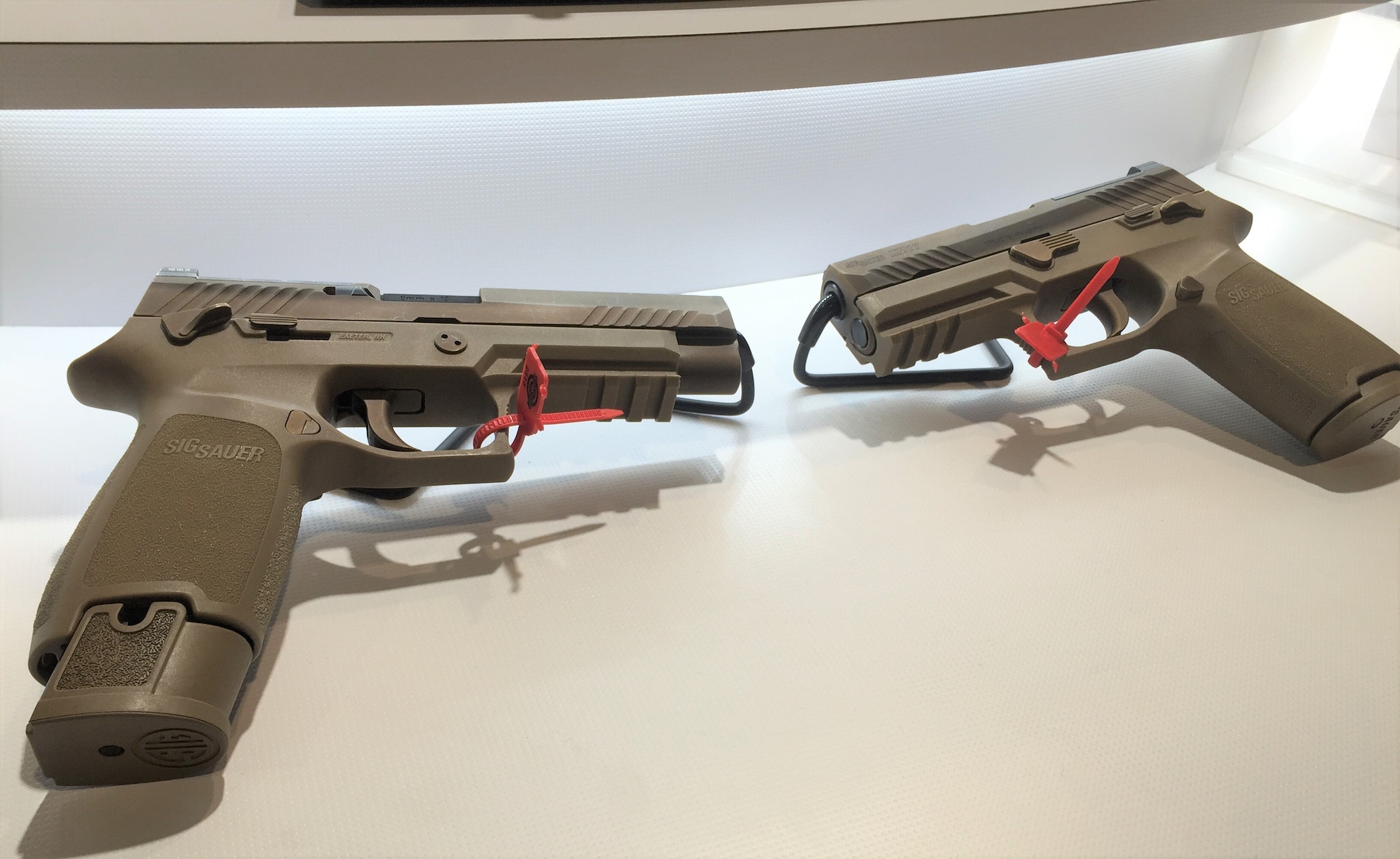 The Sig Sauer booth had balloons. People there seemed really happy. You’d have thought their pistol was selected by the Army or something. 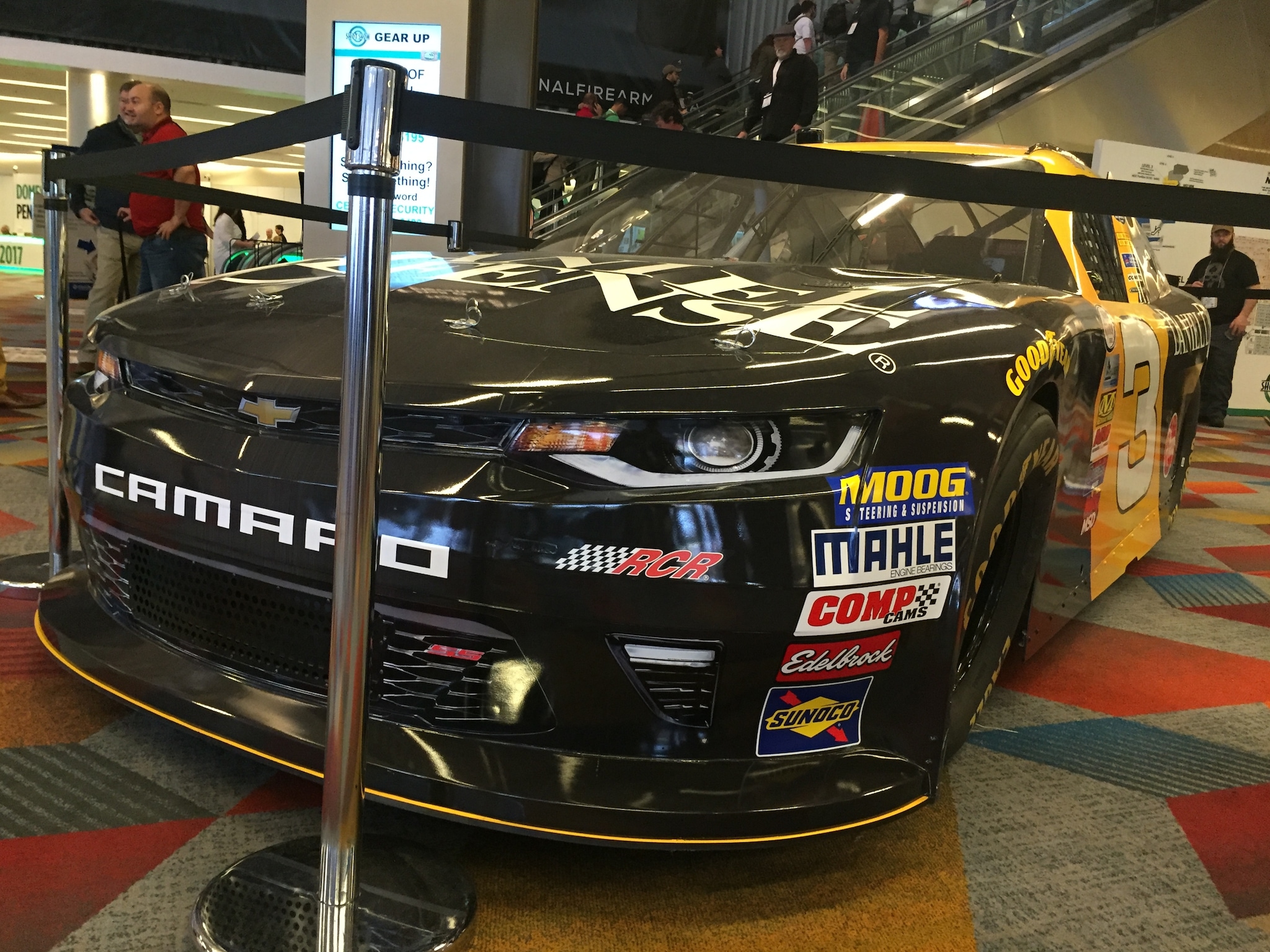 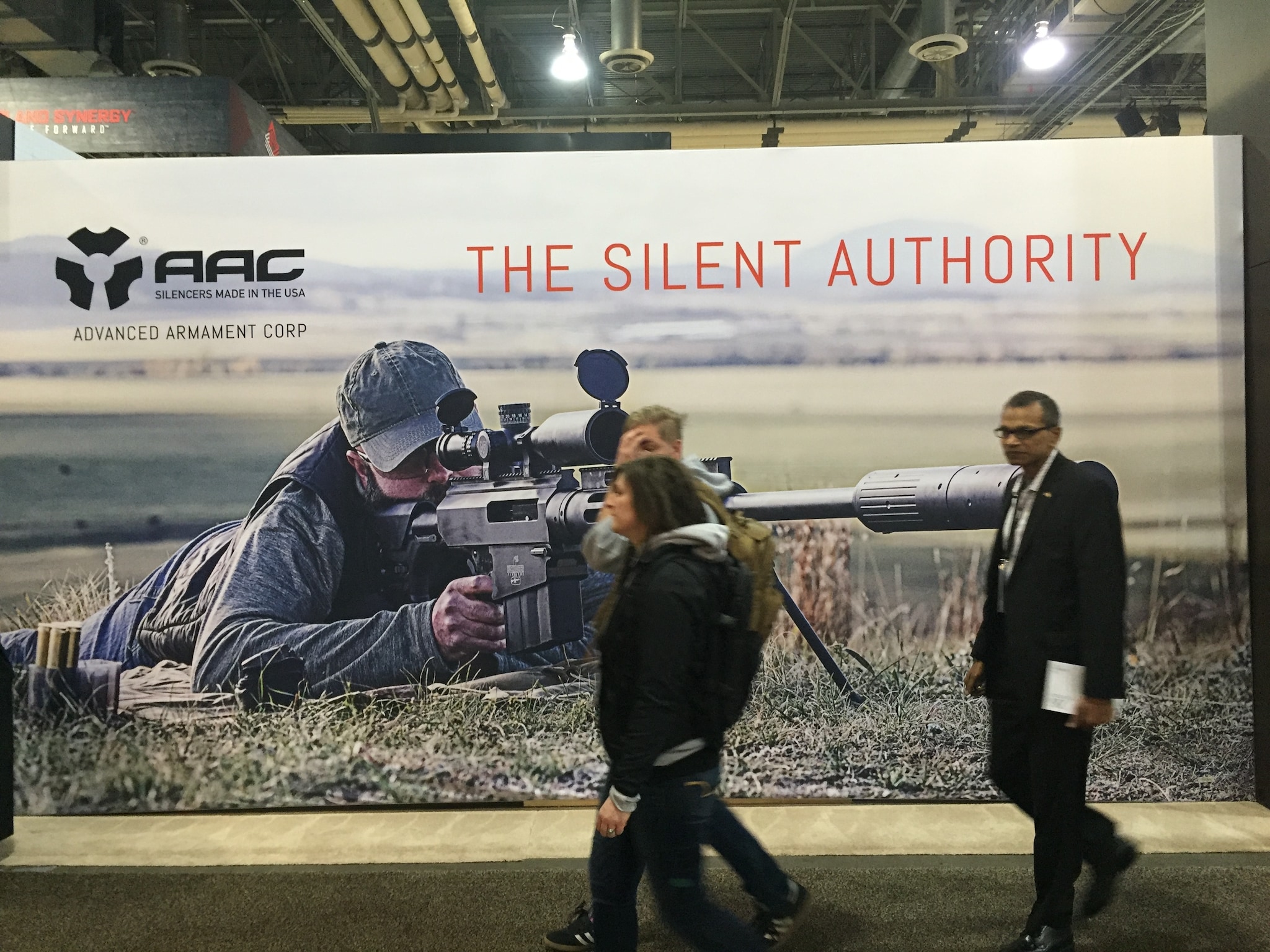 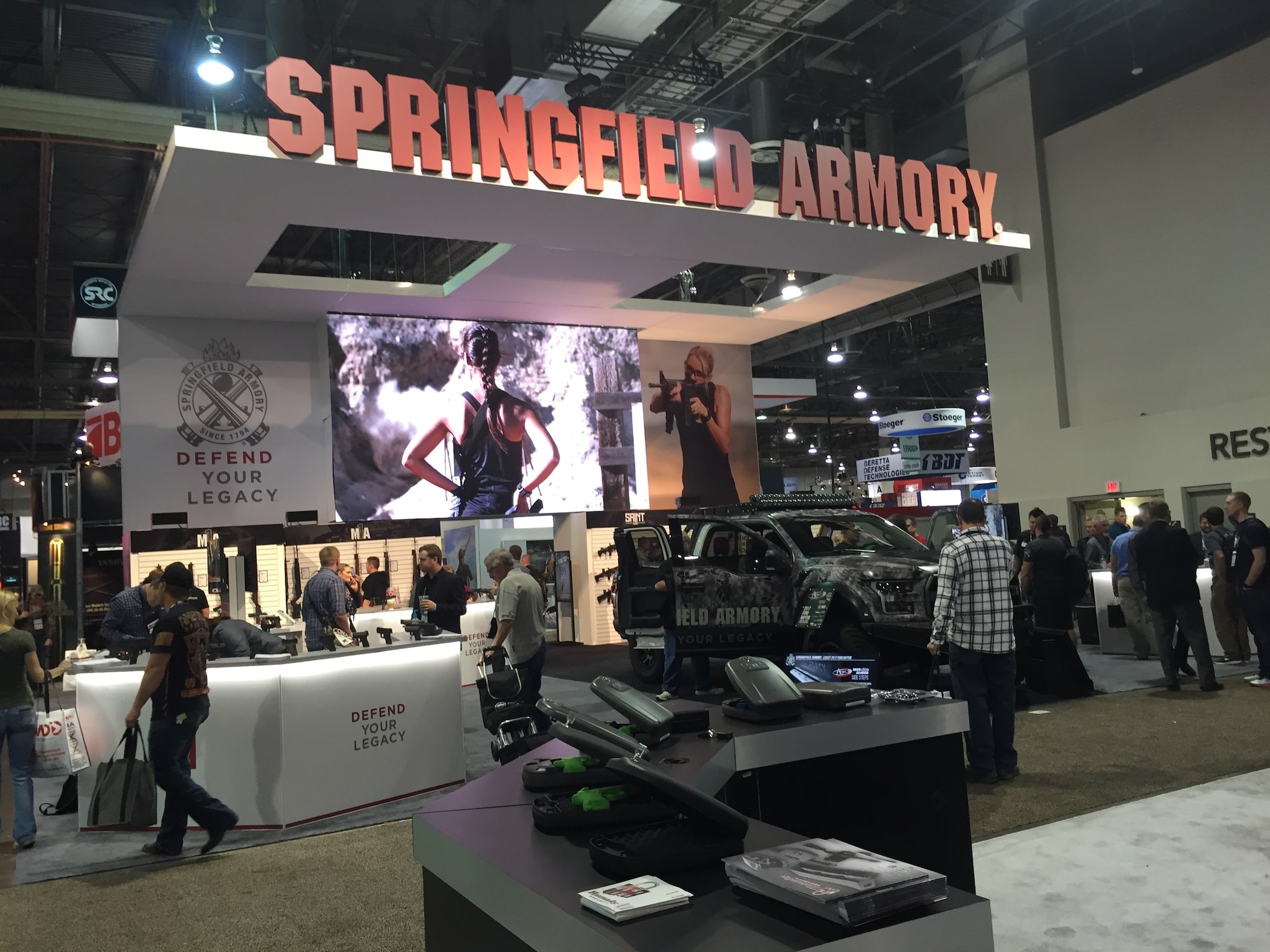 The big, airy Springfield station with a movie screen. 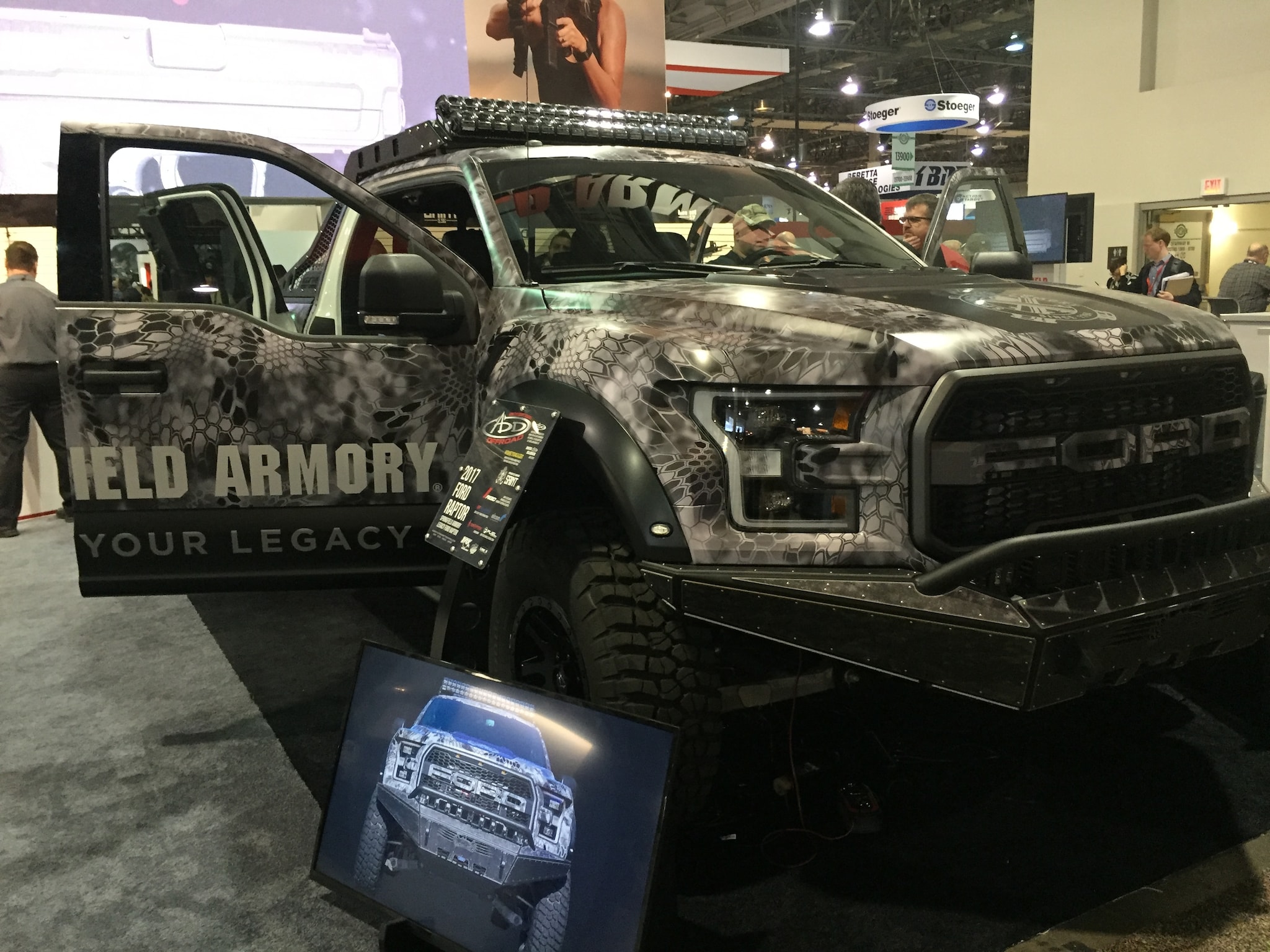 The Springfield Ford Raptor is ready for the zombie apocalypse. 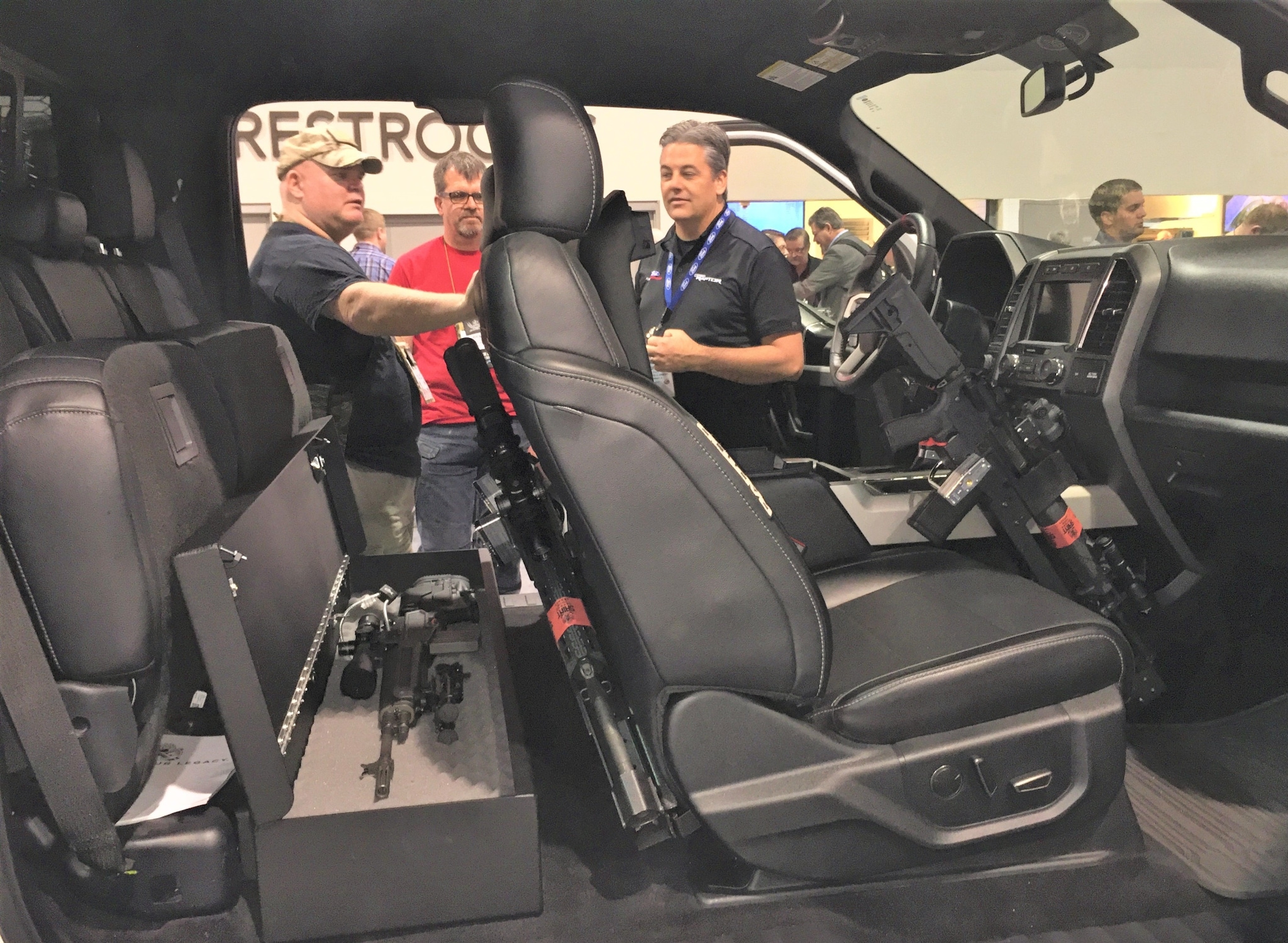 Very ready for the zombie apocalypse. 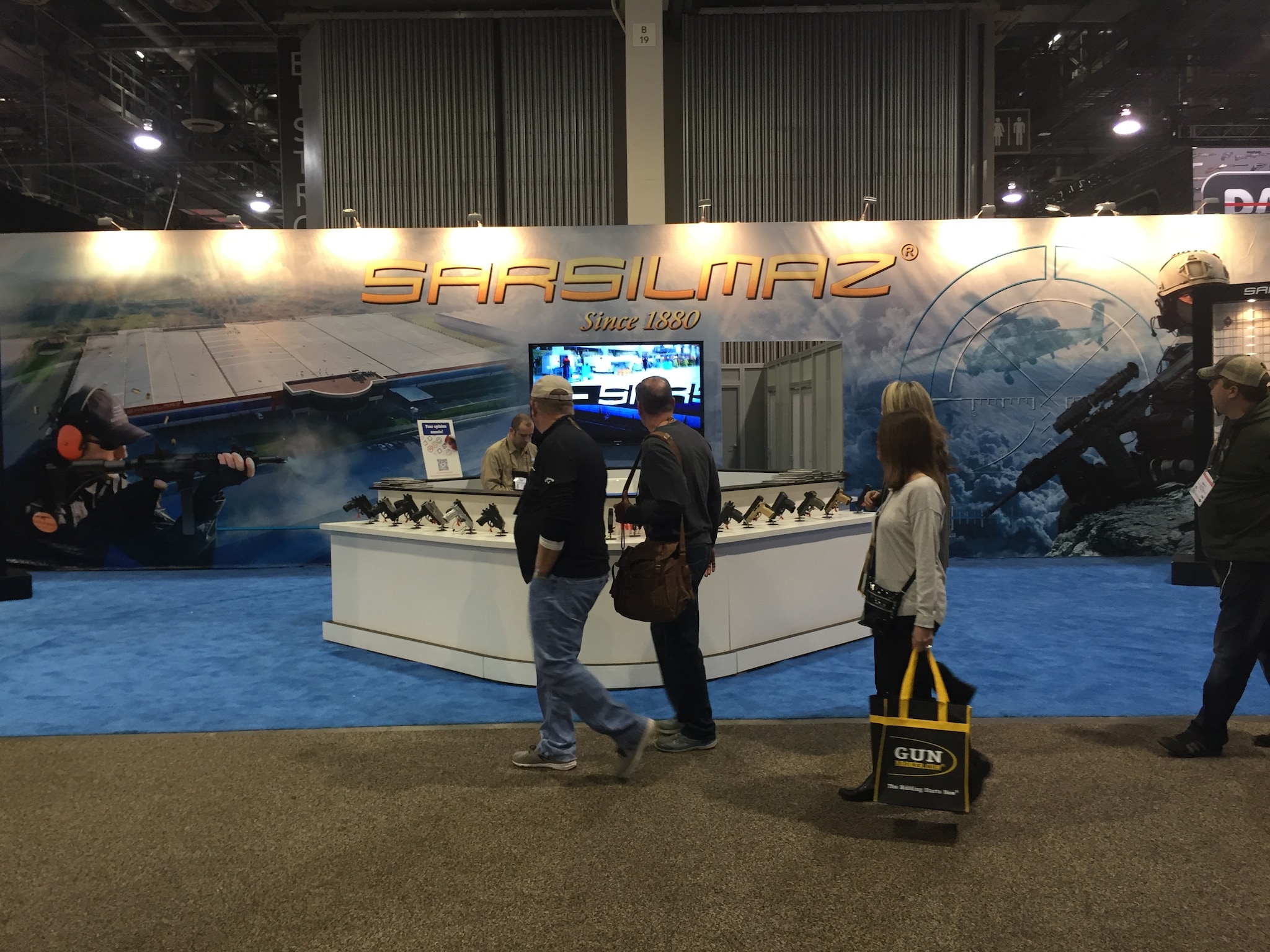 Take that, Vegas strip. In case you didn’t know, Sarsilmaz is based in Turkey and makes guns and aviation components. 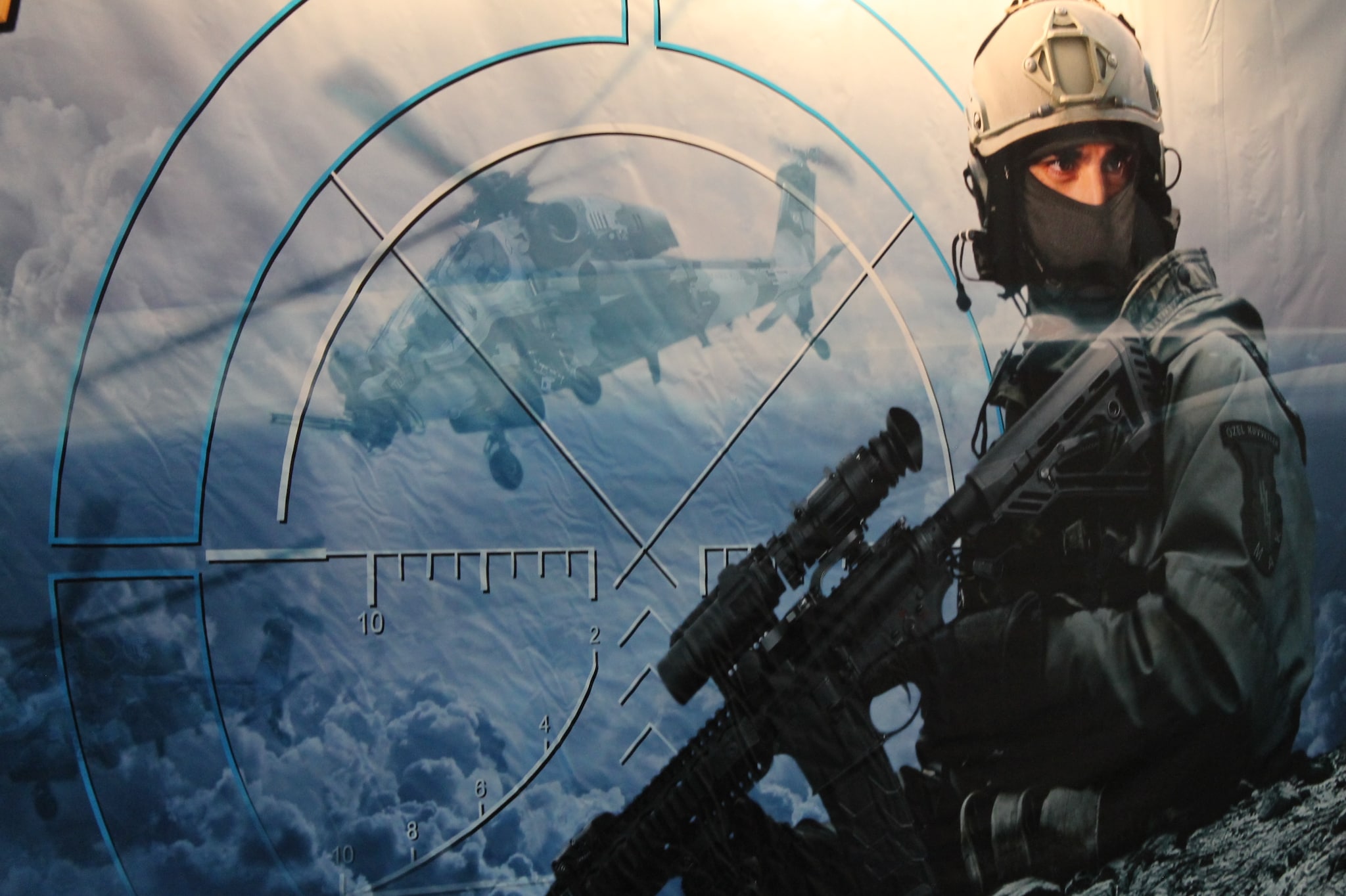 A closeup of the Sarsilmaz wall. 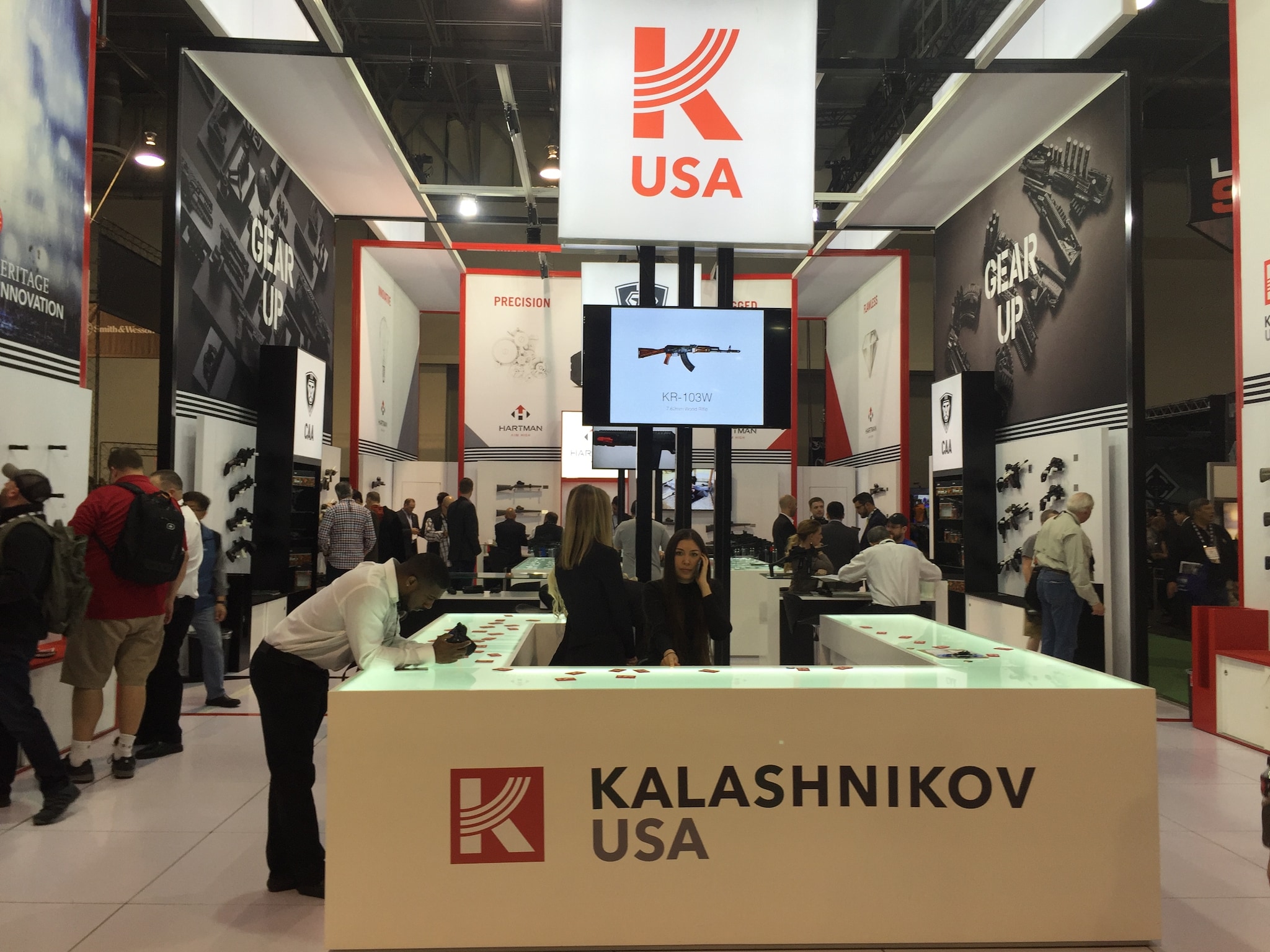 Kalashnikov USA’s elegant booth, like a ballistic version of the Cartier store down the street. 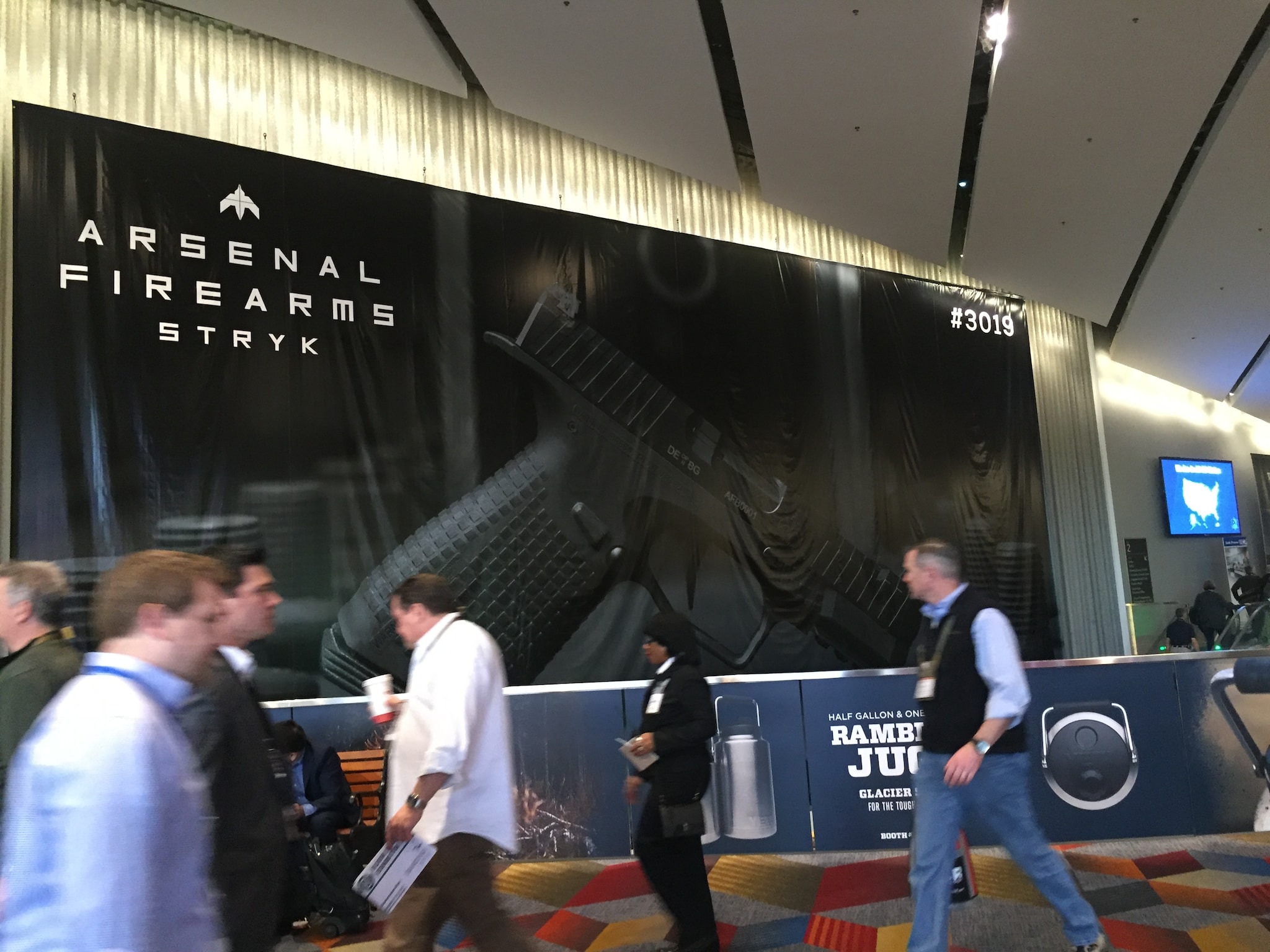 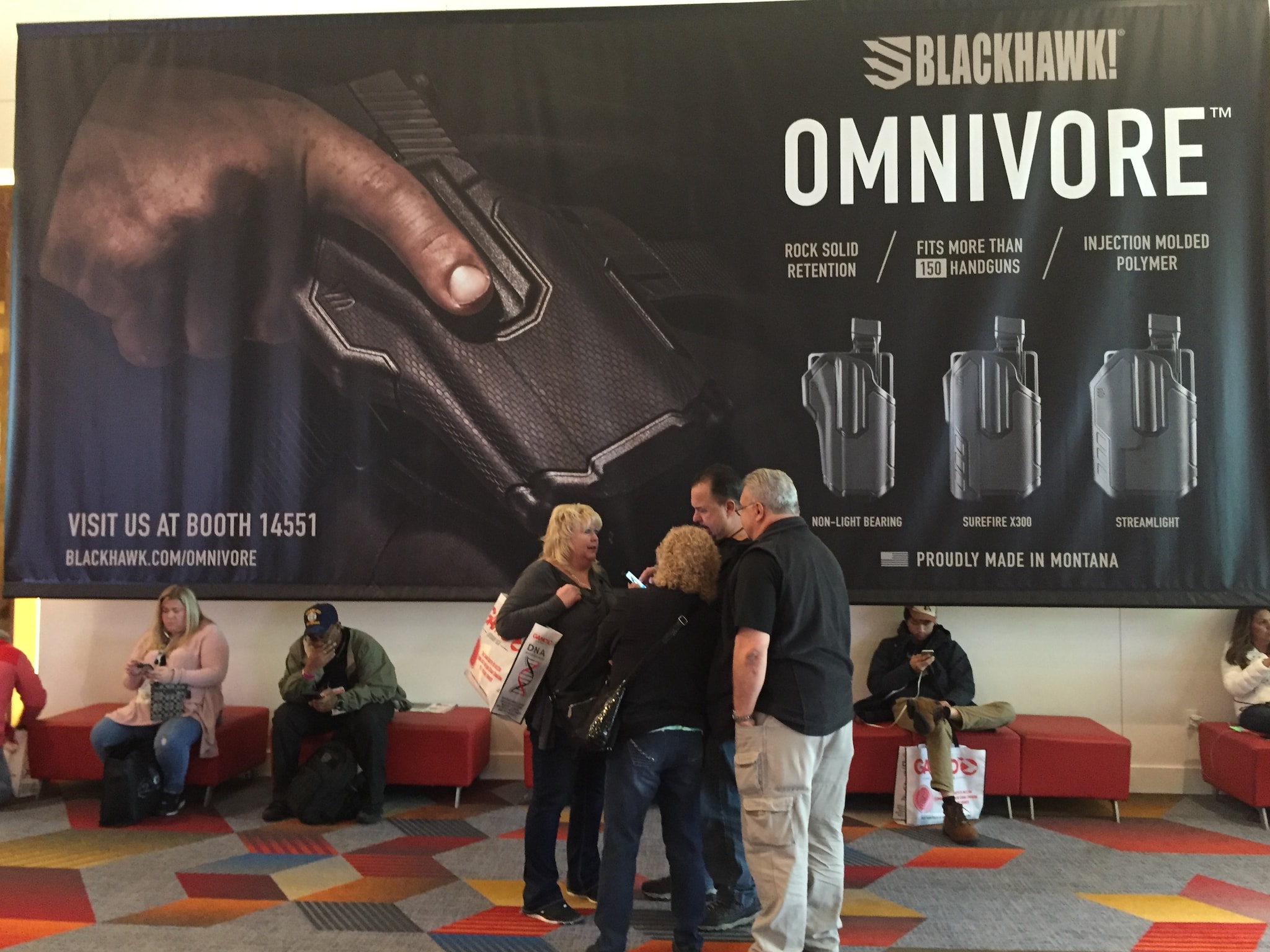 Another banner on steroids, this one by Blackhawk. 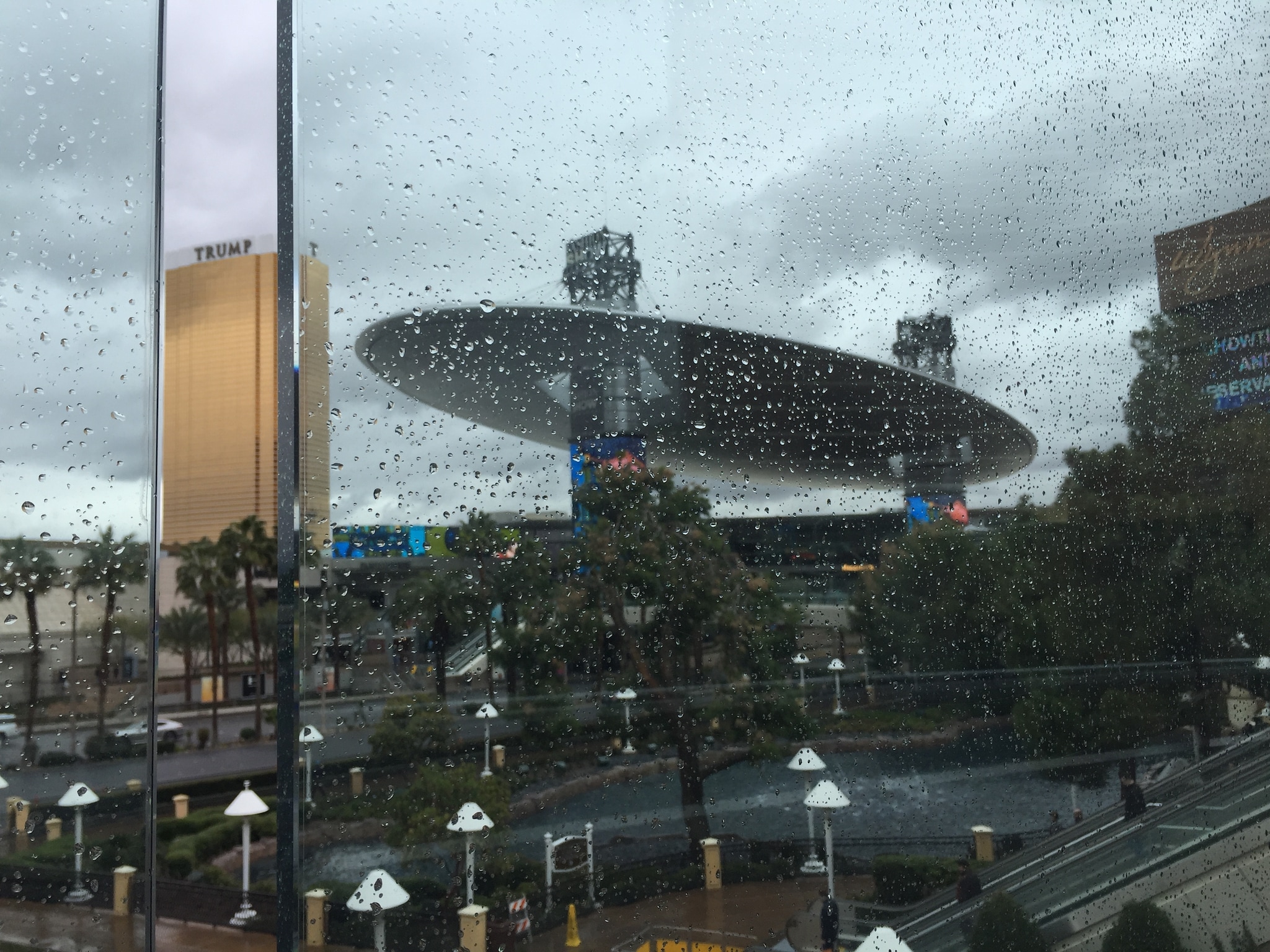 January 20–on this last day of SHOT, folks are optimistic that clouds over the industry will clear under the new Commander in Chief.