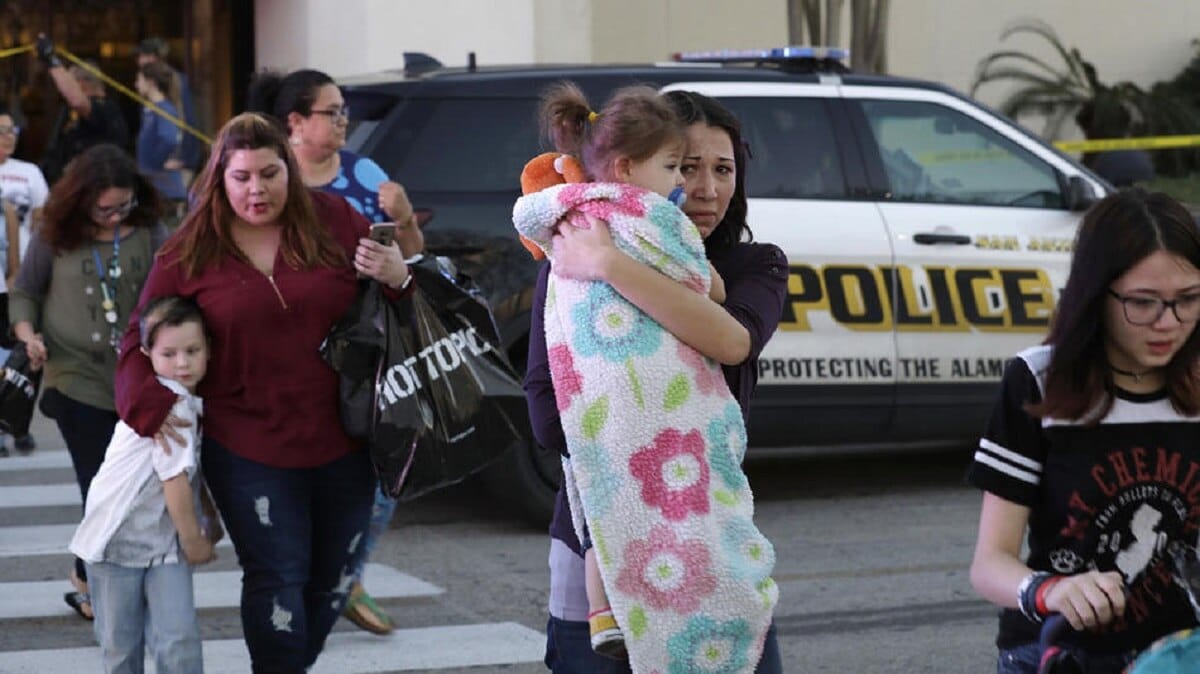 Police escort shoppers out of a San Antonio shopping mall after a fatal shooting (Photo: AP)

A jewelry store robbing inside a San Antonio mall took a deadly turn Sunday, ending in a shootout that left one dead and multiple others injured.

A man tried to stop the suspects as they ran from the store and was then fatally shot by one of the suspects. A second citizen with a concealed carry license then drew his gun and shot the suspect who had opened fire.

The second, uninjured suspect then fled through the mall, shooting as he ran, reportedly injuring several other people. According to KXAN – NBC News, that suspect was later tracked down and taken into custody Sunday night.

Police Chief William McManus referred to both men who intervened as “Good Samaratins” and expressed dismay over the shooting.

“It’s absolutely senseless,” McManus told reporters. “This is the second time that a Good Samaritan was killed trying to intervene in a crime.”

Law enforcement have not released the names of the two suspects, who are facing charges of aggravated assault and capital murder.