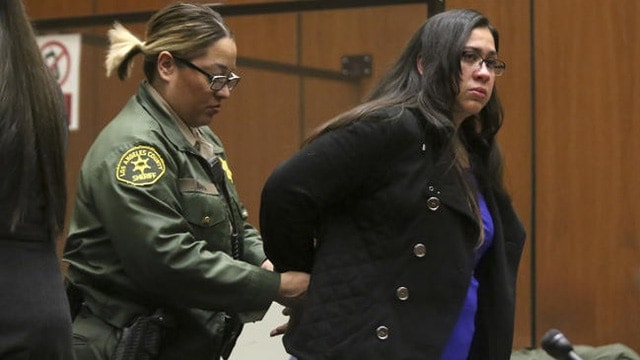 More than two years after she fatally shot her husband during a violent domestic dispute in their Bell Gardens home, Lyvette Crespo was sentenced Friday to 90 days in jail followed by five years of probation.

As Superior Court Judge Kathleen Kennedy handed down the sentence, she said she believed Crespo was abused by her husband, Daniel, the former Bell Gardens mayor, throughout their nearly 30-year marriage and did not think Crespo should serve prison time, the Los Angeles Times reported.

“This was bound to end in tragedy,” Kennedy said of the volatile relationship rife with infidelities and both physical and emotional abuse.

Kennedy added that it was a “case study” in the “pain, hurt and scarring” regularly caused by domestic violence. Kennedy said that although Lyvette was no “Mother Teresa,” she believed Lyvette’s husband was “absolutely cruel” and “controlled all the levers in that relationship.”

Crespo, who was charged with voluntary manslaughter seven months after the November 2014 shooting, negotiated a plea deal this past November. Daniel’s brother, William, who has remained outspoken about the case from the beginning, said he believed Lyvette’s sentence was too soft and she should serve prison time. William said he believes Lyvette killed his brother in cold blood.

While there was never any question whether Lyvette was the one who fatally shot Daniel, she claims she did so in an effort to protect the couple’s son, who was struck in the face by his father during the altercation.

Their son, who is also named Daniel, characterized his father as “a liar, a bully, a cheater.”

“He had a lot of demons, and unfortunately, the demons won,” the son, now 22 years old, said in court.

The young man addressed his mother, saying that he was sorry and he wished he could have been stronger and done something to stop his father. Daniel, who was left with permanent damage to his eyes during the assault, also said he believed his mother’s actions saved his life.

The son later turned to his uncle, William, and said, “You have no idea what my father did,” to which William muttered back, “Call 911 instead of shooting.”

Before Lyvette was taken into custody, Kennedy wished her luck.