Alabama could be next state to see constitutional carry 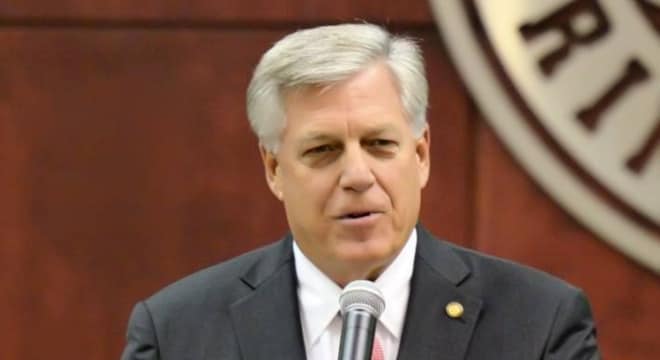 Tuscaloosa Republican Sen. Gerald Allen argues the Second Amendment should be all you need to carry a concealed handgun in Alabama. (Photo: Gerald Allen via Facebook)

A state senator pre-filed legislation to allow Alabamians to lawfully carry concealed handguns in the state without a permit.

State Sen. Gerald Allen, R-Tuscaloosa, said the permitless carry measure he filed last week will remove restrictions on Second Amendment rights and bring the state in line with others who codify constitutional carry as the law of the land.

“We already allow open carry without a permit, and there is no logical reason for continuing to require a permit for concealed carry,” Allen said in a statement, adding more than 10 states in the country have a similar system. “Alabama should be leading the way on constitutional gun rights,” he said.

Allen’s proposal, SB 24, would keep Alabama’s current concealed carry permitting scheme administered through county sheriffs in place, but erase the requirement to obtain such a permit. Permit holders would retain the advantage of being able to buy a gun without an additional background check as well as reciprocal carry in the states that currently recognize Alabama’s permits.

Neighboring states, such as Mississippi, already have permitless carry laws. Alabama only moved away from a more restrictive “may issue” concealed carry system in 2013 and since then the state’s sheriffs have fought repeatedly to stop carry expansions without a permit, including a persistent attempt by Allen to allow any lawful adult to have a handgun in their personal vehicle without a permit.

Gun control advocates are vowing to stop the measure with the state chapter of Moms Demand Action forecasting that the proposal will not make it out of committee.

Gun rights groups are behind the move with Lacey Biles, director of state and local affairs for the National Rifle Association, saying, “The law-abiding citizens of Alabama have a fundamental, constitutional right to keep and bear arms. The NRA supports legislation that would provide law-abiding citizens greater freedom to protect themselves in the manner that best suits their needs, while still keeping guns out of the hands of violent criminals.”

The Alabama legislation is currently assigned to the Senate Judiciary committee. The legislature’s session begins Feb. 7 and is overwhelmingly controlled by Republicans in both chambers.