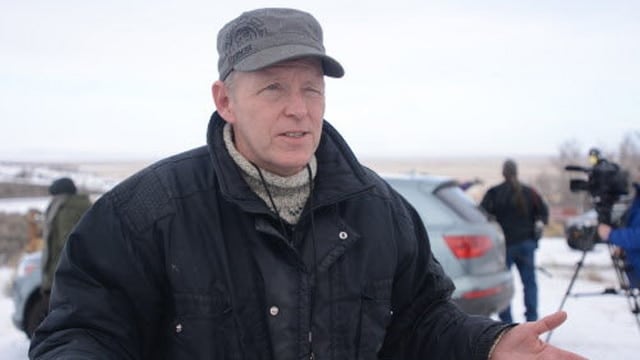 A 54-year-old man who participated in last year’s occupation of the Malheur National Wildlife Refuge in Oregon pleaded guilty in federal court Monday to illegal possession of a machine gun.

Prosecutors will likely seek a two-and-a-half-year prison sentence for Michael Emry for unlawful possession of a National Firearms Act item and knowingly possessing a firearm with an obliterated serial number. Sentencing is scheduled for April

Emry admitted to stealing the Browning M2 .50-caliber “Ma Deuce” from a gun shop in Boise, Idaho, where he had previously been employed. He also admitted to destroying the serial number while transporting the gun from Idaho to Oregon, where he planned to report on the occupation.

Authorities arrested Emry in May 2016 after he tried to sell the machine gun to an undercover officer posing as a convicted felon and member of a militia group in Texas.

Officers searching Emry’s trailer found the weapon — which can fire between 550 to 650 rounds per minute — stored beneath his bed. In addition to the machine gun and corresponding ammo, authorities also found a blasting cap and detonator.

Emry apparently never brought the gun onto the wildlife refuge, despite having told a Deschutes County sheriff’s deputy that such a weapon was there, a comment which the deputy perceived as an intimidation attempt.

Daniel Terrill contributed to the reporting of this article.