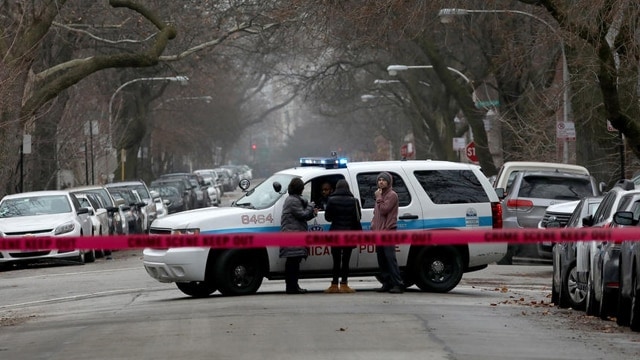 Following the deadliest year in decades, the Windy City is already outpacing 2016’s shooting and homicide statistics after just 22 days.

There have been more homicides and more shootings in Chicago in the first three weeks of 2017 than there were in the same period the year before. According to the Chicago Tribune, at least 42 people were killed in the city from Jan. 1 through early Monday morning. That’s nearly a 25 percent increase from the same period the year before, when 34 people had been killed. As many as 228 people have been shot so far this year, compared to 216 by this time last year.

The numbers suggest no slow down in violence, following a year in which 783 people were killed citywide, the deadliest since 1996. Earlier this year, then-President-elect Donald Trump tweeted about Chicago’s 2016 violence numbers, saying, “If Mayor can’t do it he must ask for Federal help!”

Chicago murder rate is record setting – 4,331 shooting victims with 762 murders in 2016. If Mayor can't do it he must ask for Federal help!

Working the problem from multiple angles, Chicago Mayor Rahm Emanuel hopes to hire nearly a thousand more officers over two years in an effort to combat violent crime. On Monday he again called for harsher sentencing for repeat gun offenders.

“If you use a gun in New York, three-year minimum for that crime. In Illinois, it’s one year. And don’t think for a moment gang members don’t know there’s not a penalty for using a gun,” he said, according to the Chicago Sun Times.

“The officers in Chicago are working really hard to keep this city safe,” said Johnson. “But it’s frustrating for them to see these same individuals back out on the street time and time again after we arrest them.”

Johnson said Chicago police made 120 arrests over the weekend and recovered 19 guns in a series of citywide raids, in which 24 search warrants were executed.

Despite the efforts, 54 people were shot last weekend, and six were killed.

January of last year saw 50 total homicides, the most in 16 years. This January is on pace to surpass that number.