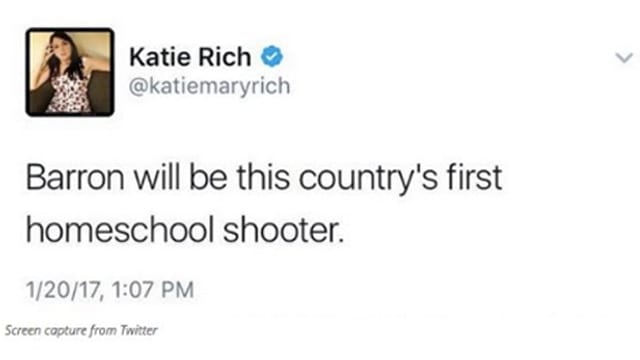 Following a tidal wave of backlash, a Saturday Night Live writer had to delete her Twitter account after posting an inappropriate tweet about the President’s 10-year-old son. And while Katie Rich’s account has since been reinstated, she’s been indefinitely suspended from the show.

Rich suggested Barron Trump, who has routinely provided comic relief in the form of yawns and other expressions of boredom amongst what some may consider a particularly brutal presidential campaign, would become the “country’s first homeschool shooter.” Rich’s tweet was immediately met with criticism, along with thousands calling for her to be fired.

I sincerely apologize for the insensitive tweet. I deeply regret my actions & offensive words. It was inexcusable & I'm so sorry.

Meanwhile, Barron Trump, although the son of the U.S. President, is still just a 10-year-old kid who would probably rather forego the hours of speeches and other formalities (obviously) and just go build something out of Legos… or perhaps take a nap. 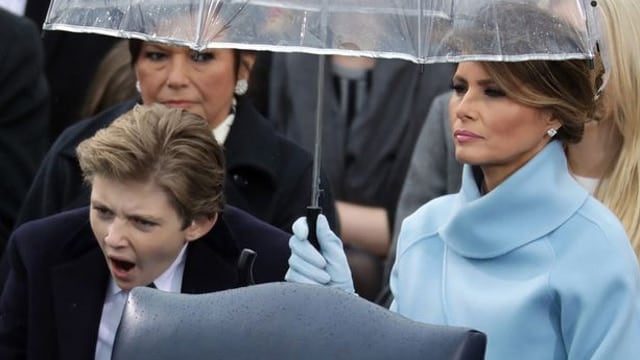