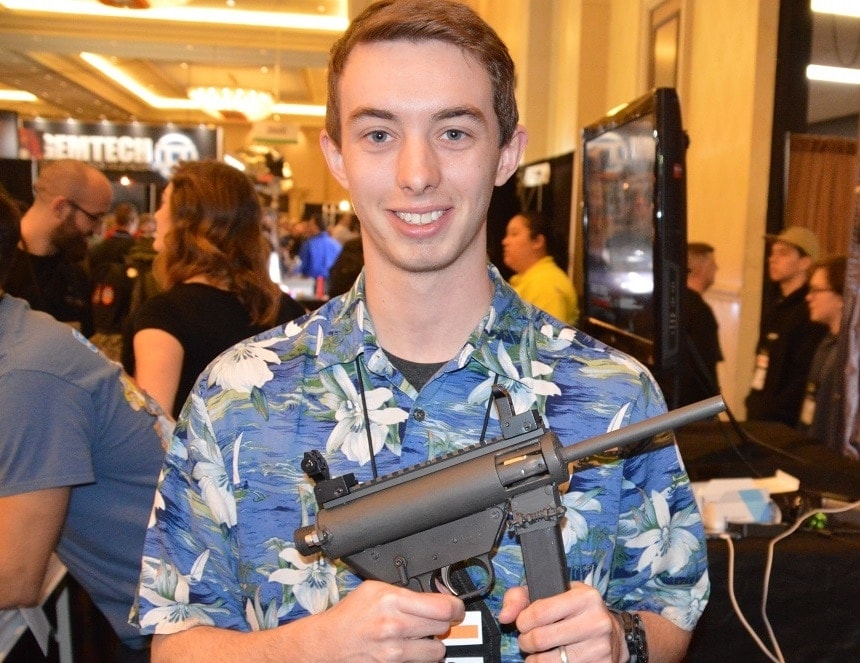 Backyard ordnance maker Royal Nonesuch was on hand at the Serbu booth at SHOT Show with a few of his homebrew creations.

Royal popped up on YouTube in 2014 and since then has made dozens of firearms ranging from slam-fire shotguns to Liberator style pistols and a single shot .50 BMG.

A frequent collaborator with Mark Serbu, Royal was on site with his trademark Hawaiian shirt and his homemade Grease gun homage.

The closed-bolt blowback-action RN/GG “RN-9” uses 9mm Glock mags, which are about the easiest parabellum sticks out there these days. 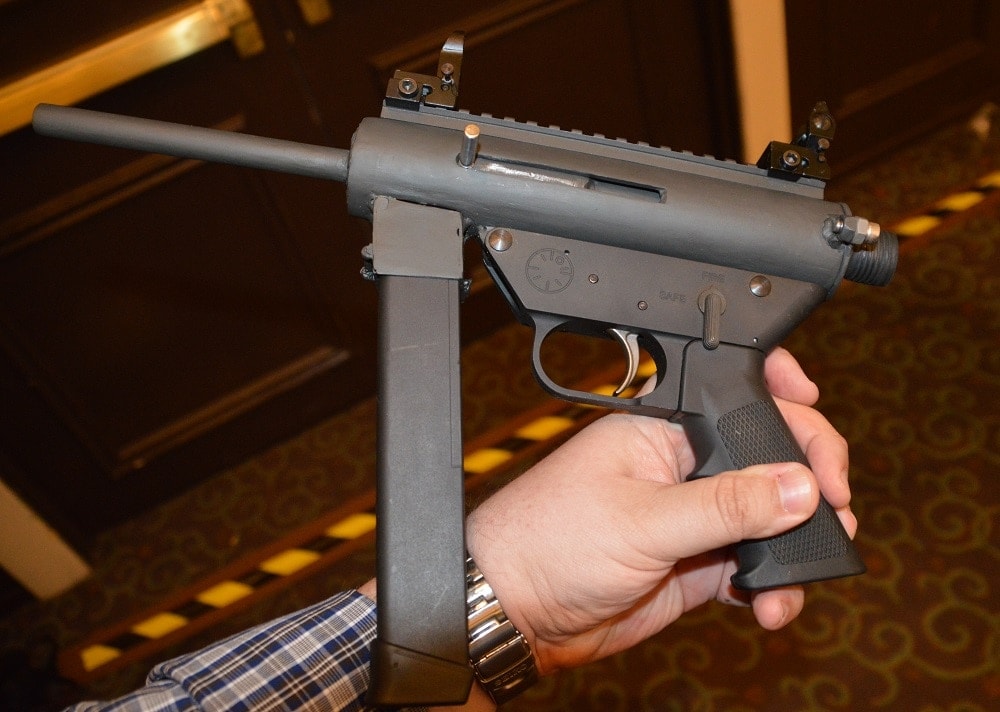 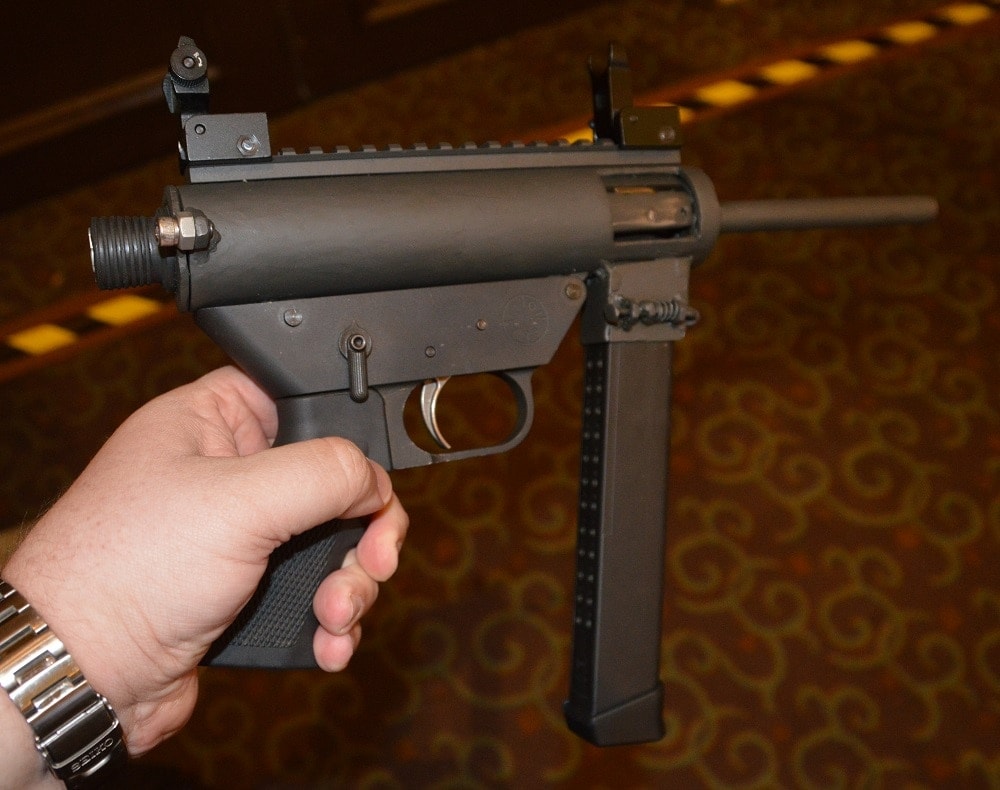 The RN-50 was also on hand and standing tall.

A wide range of GB-22s, Serbu’s four-piece .22 rimfire single-shot handgun that can be crafted by virtually anyone, were on hand.

The GB-22 can be done as spartan or swag as the user wants. 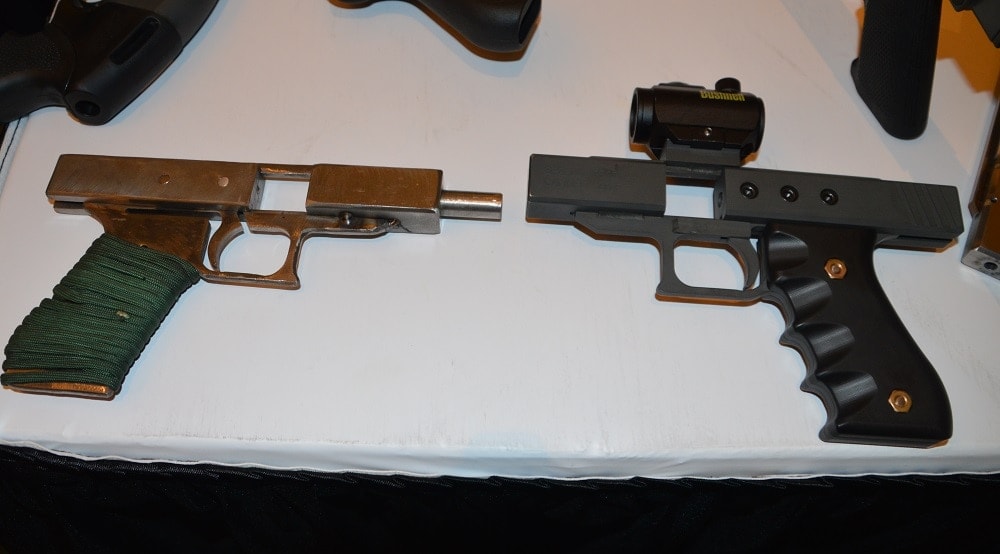 Note the difference in materials and finish 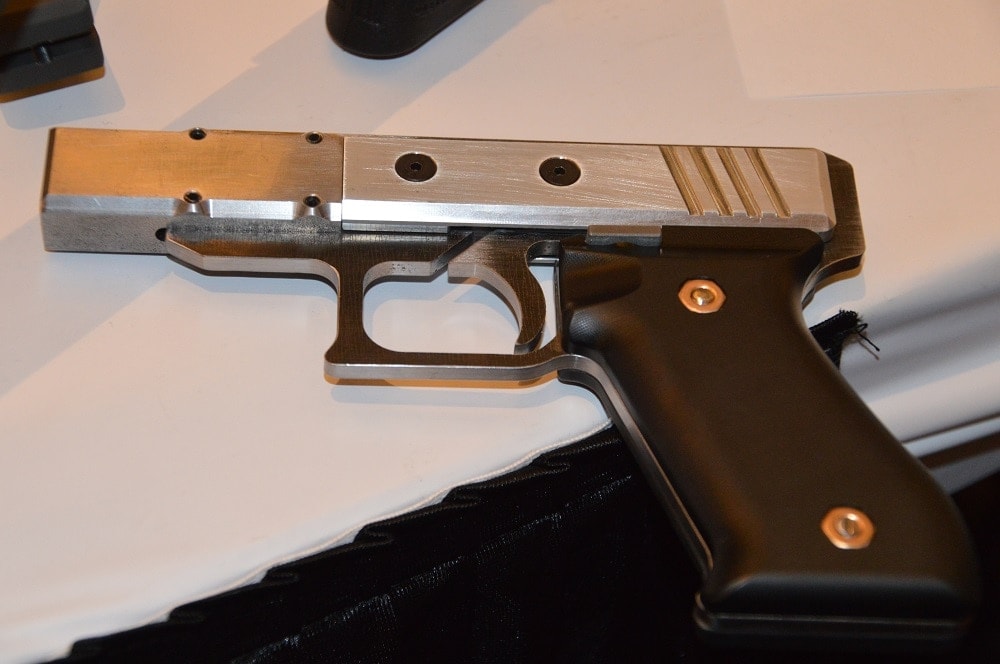