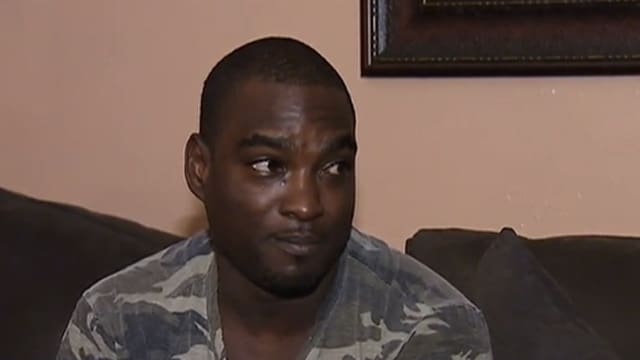 Terry Morgan said he hopes the suspects learned their lesson and won’t try to break into any houses in that neighborhood again. (Photo: Fox 4)

A Dallas homeowner got into a shootout when several people tried to break into his home early Saturday morning.

It doesn’t appear that anyone was injured, but a portion of the attempted break-in and subsequent shooting can be seen on video taken from the homeowner’s security cameras, which was obtained by a local Fox affiliate.

It was around 4:30 a.m. and still dark outside when Terry Morgan was suddenly awakened by a noise at his front door. He looked at the monitor on his home security system and that’s when he noticed three young men at the door, at least one of whom was armed with a gun and another armed with a crowbar. The rattling that awakened him, he assumed, was one of them knocking at the door.

While the noise did scare them, instead of running away, the suspects opened fire. At that point, Morgan returned fire.

The suspects then fled with several other people who were waiting in a vehicle about six feet from his driveway. Morgan said he saw at least five suspects, but only three were captured on video.

“I don’t want to shoot anyone’s kid,” Morgan said, but added that breaking into people’s homes at 4:30 a.m. will get you killed.

“Had you killed me, or I killed you, one of our families would’ve changed. And it would’ve taken a long time for everybody to get back to normal,” Morgan continued.

He just hopes that whoever was involved will think twice before engaging in such activity again.

“Over here, we have nothing. You’re taking from people who have nothing. We’ll fight for everything, every last inch,” Morgan concluded. “Find something better, educate yourselves, get something you can do better than breaking into people’s homes, because you will be killed.”