Marines getting their Combloc arms training on (PHOTOS) 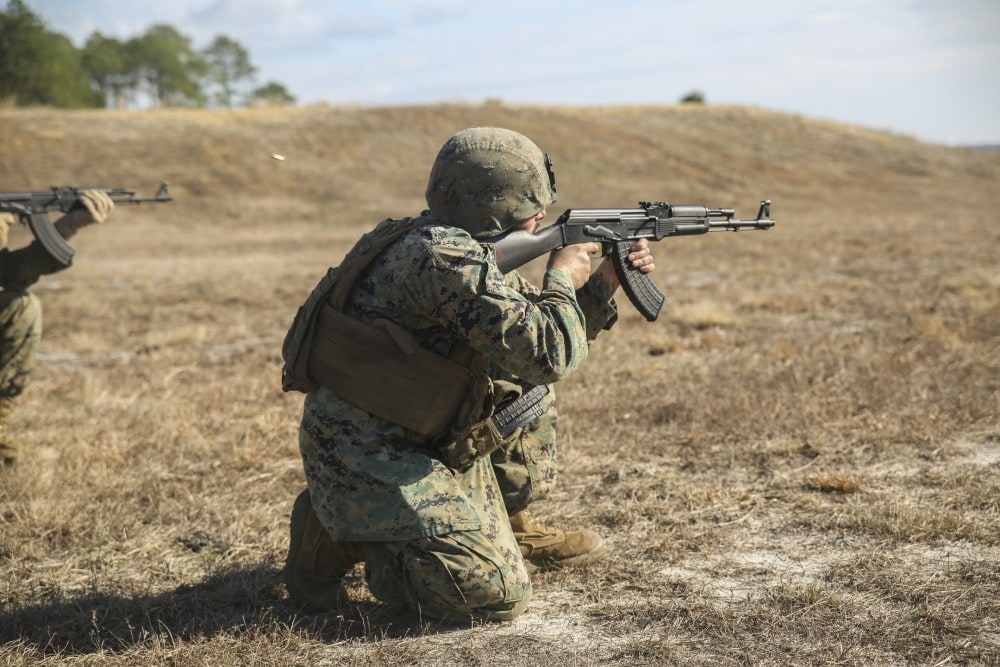 The 300 Marines of Task Force Southwest will be the first large force of Marines back in Afghanistan since 2014 (Photos: Sgt. Lucas Hopkins/U.S. Marines)

In preparation for an upcoming deployment to Afghanistan, a Marine task force at Camp Lejune spent some time last week brushing up on their Kalashnikov.

The upcoming deployment this Spring of the 300 Marines of Task Force Southwest to Helmand Province, Afghanistan will be the largest for the service since 2014, as noted by a release from U.S. Central Command.

As they will advise the Afghan National Defense Security Forces (ANDSF)– specifically the Afghan National Army’s 215th Corps and  505th Zone National Police– the Marines got some familiarization training on PK general-purpose machine guns and AK-47 style rifles in addition to their own weapons.

“We want these Marines to familiarize themselves with weapons they might find down range,” said Staff Sgt. Patrick R. Scott, the foreign weapons chief instructor with Marine Corps Security Cooperation Group. “They need to be able to talk intelligently about them to their foreign security force, and that’ll help them build rapport and hopefully help them become successful in the long run.” 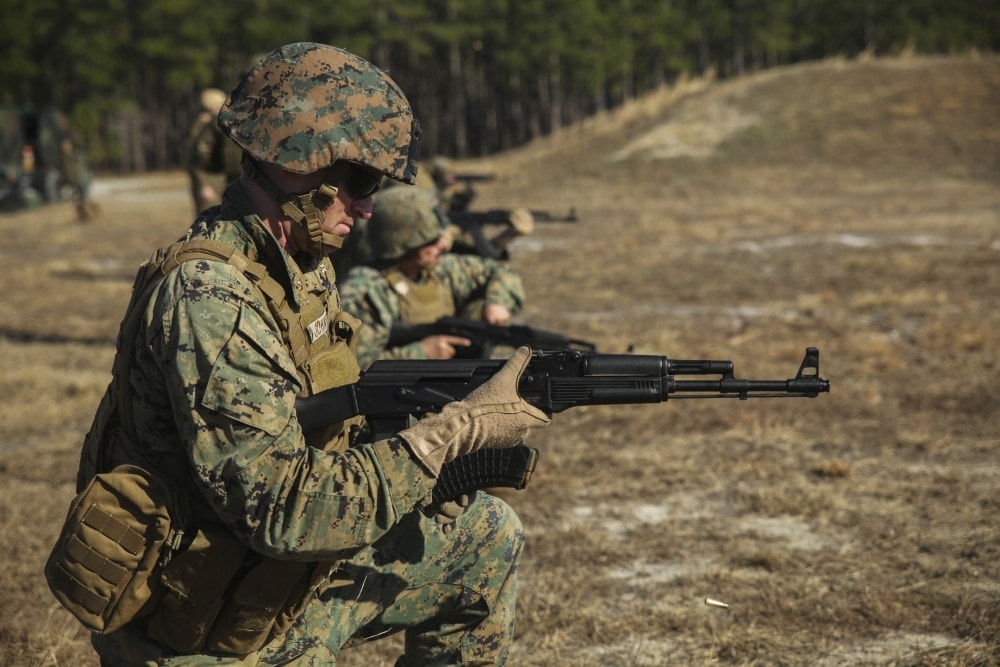 Looks like a Bulgarian made Arsenal imported back in the day by DIG (Dominion Investment Group) of Virginia Beach, Virginia and some good ole Bulgarian “Circle 10” mags. No doubt better than some of the Chinese Type 56 spikers they will encounter in Afghanistan. 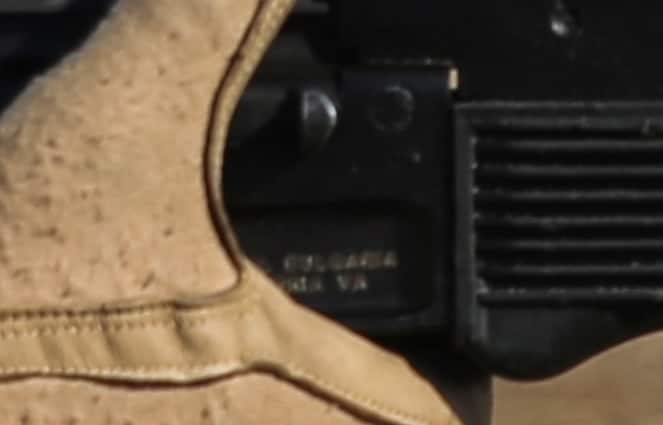 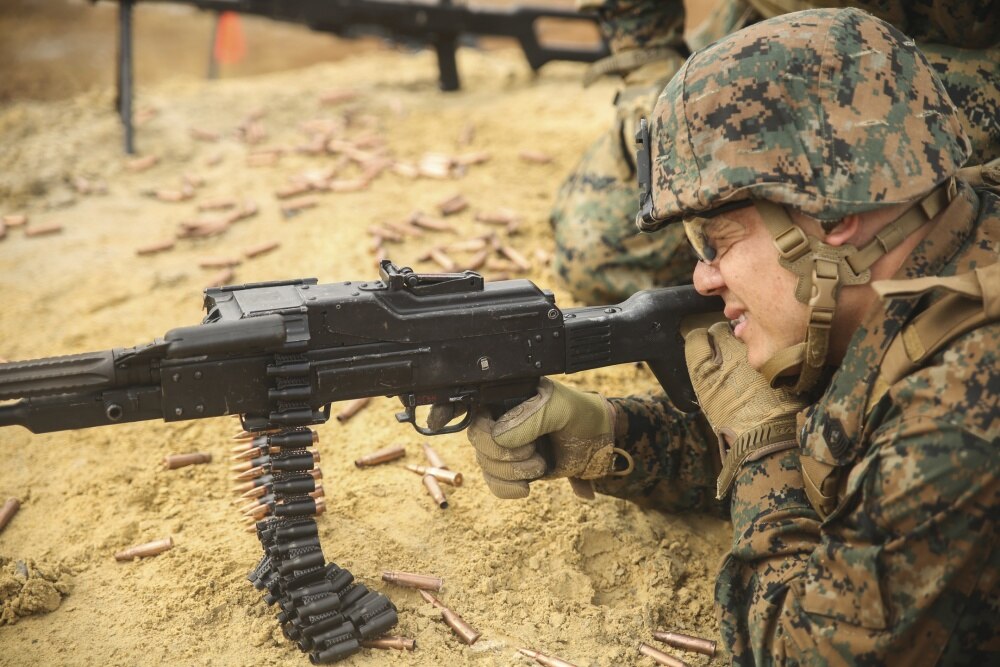 Getting that PK love on 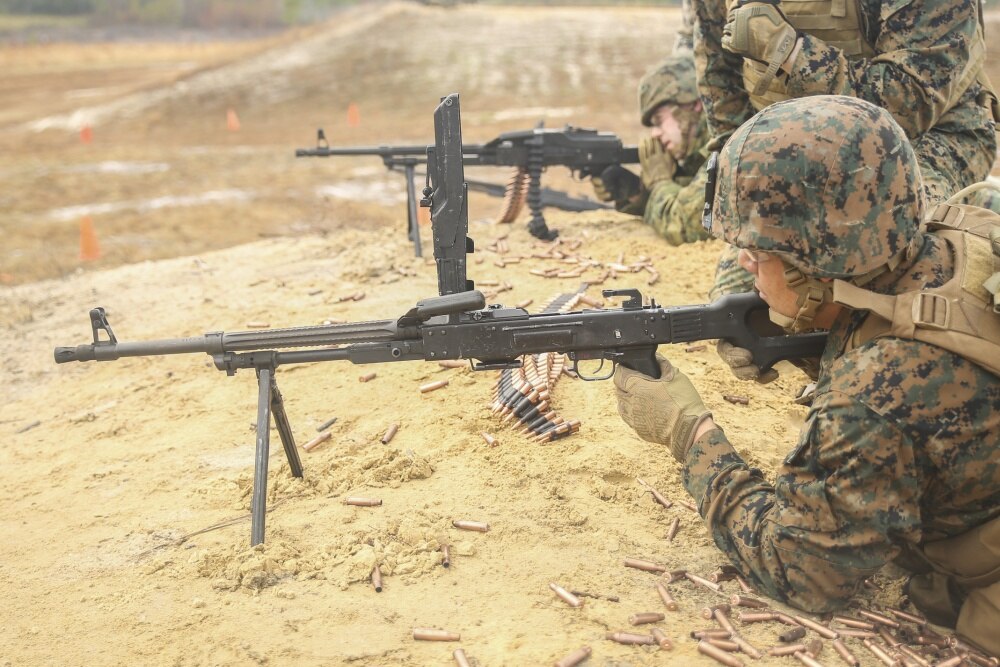 Named Pulemyot Kalashnikova, or “Kalashnikov’s Machinegun” this GPMG eats 7.62x54R at 600 rounds per minute– until the belt runs out. 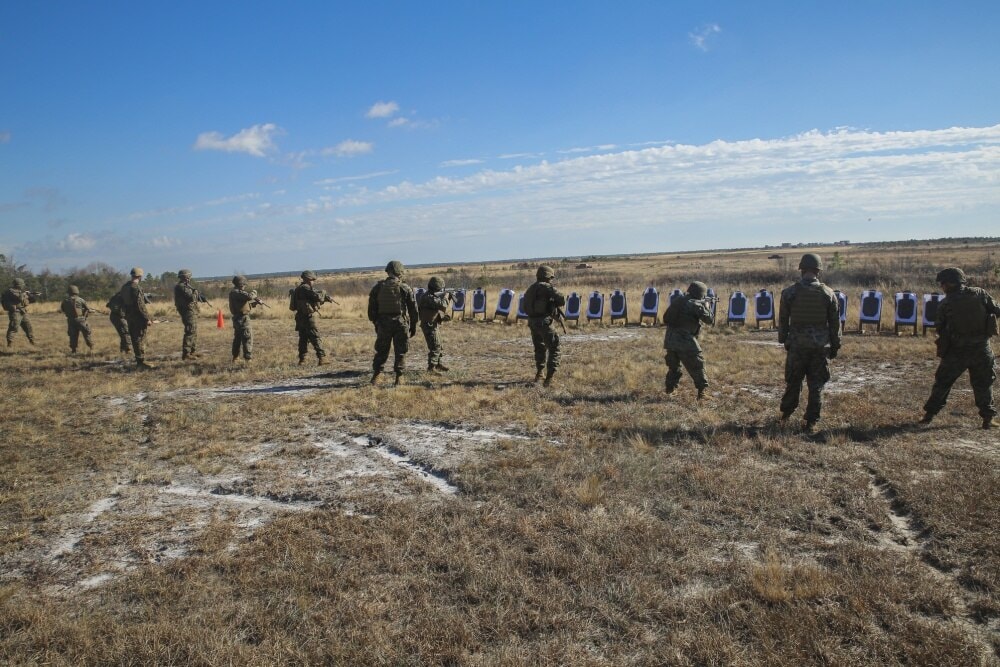