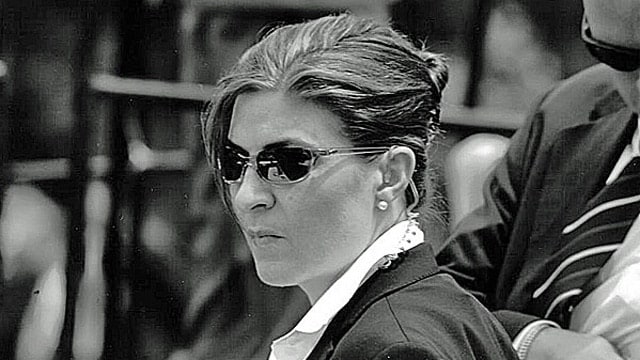 Kerry O’Grady is a 23-year veteran of the Secret Service and special agent in charge of the Denver office. (Photo: LinkedIn)

The Secret Service said Tuesday it is taking “appropriate action” after learning that a high ranking agent suggested on social media that she would not defend President Trump if under attack, according to reports.

Kerry O’Grady, the special agent in charge of the agency’s Denver office, told the Washington Examiner that she wrote the post after a video surfaced last year in which Trump bragged about being able to grab women by their genitals.

“[T]his world has changed and I have changed. And I would take jail time over a bullet or an endorsement for what I believe to be disaster to this country and the strong amazing women and minorities who reside here,” O’Grady said in the post.

To conclude, she added, “I am with Her,” a slogan expressed by supporters of former Secretary of State Hillary Clinton, as well as “Hatch Act be damned.” The latter bars executive branch staff from engaging in certain political activities. For Secret Service, those acts include advocating for or against a political group on social media.

The 23-year Secret Service veteran told the Washington Examiner that she would in no way shirk her duties to protect the president because of her political beliefs. “It was an internal struggle for me but as soon as I put it up, I thought it was not the sentiment that I needed to share because I care very deeply about the mission,” she said.

Although the post has since been deleted, O’Grady issued a statement once the post came to light.

I serve this country with pride and I proudly diligently and fiercely protect and support the institutions and pillars of our republic established by the very same document that allows my free expression. I do so with every fiber of my being for the very reason that those institutions are in place to guarantee my right and the rights of all our citizens to voice and express our opinions and beliefs even when and especially when those values may be contrary to those of the party in power. My devotion to mission and country is only strengthened by the fact that the founders recognize the value of dissent and the freedom to assemble and voice those opposing convictions.