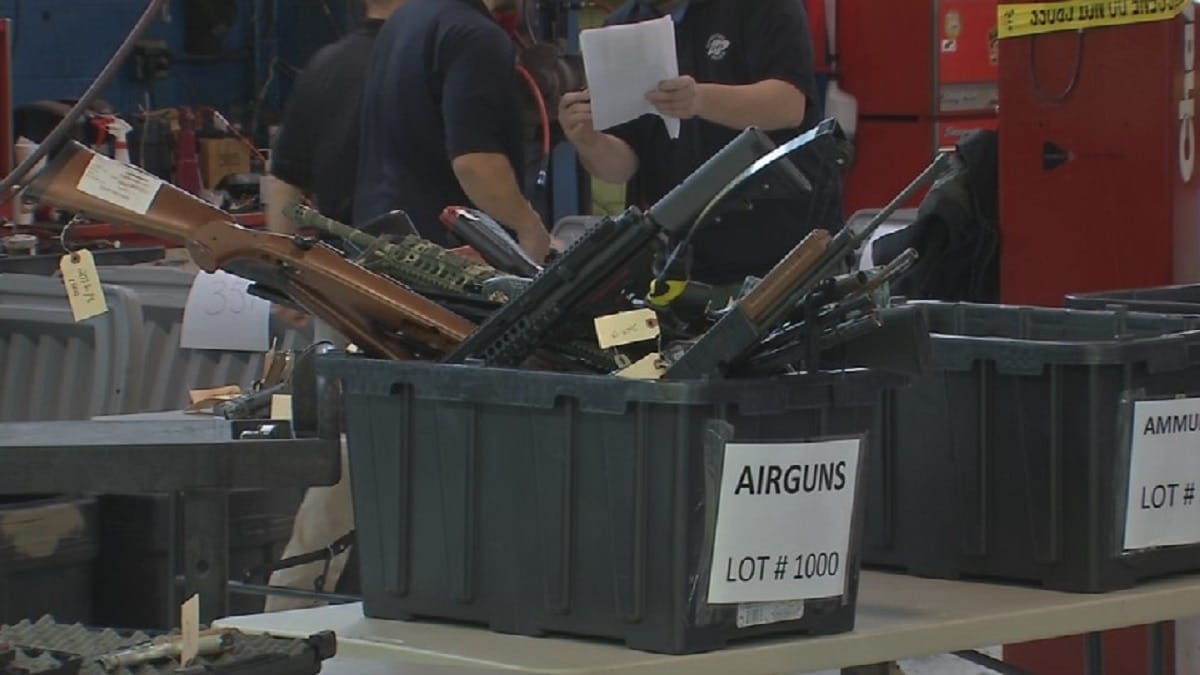 Bins of guns up for sale at a Kentucky State Police auction (Photo: WDRB)

Hundreds of guns previously used in crimes were sold at a Tuesday auction in Frankfort by Kentucky State Police.

The KSP sold the confiscated weapons only to Federal Firearms Licensed Dealers and reportedly holds these auctions every few months.

Harry White, owner of Harry’s Used Guns, told WDRB – Fox News that many of the gun dealers were from out of state, something he wishes would change so that the sales tax money would stay in Kentucky.

According to WDRB, 27 dealers attended Tuesday’s auction. More than 700 weapons and guns were sold, and the money raised will go to helping local police agencies buy much needed new equipment.

In the past, WDRB had not been allowed inside the auction, but KSP Lt. Michael Webb said he was happy to open up the process to the media.

“The fact is that these auctions are something that should be transparent,” Webb said. “We’re not doing anything that’s not done at any Walmart or any other FFL dealers that sell guns.”

Webb was also adamant that the authorities insure these weapons stay out of the wrong hands “…by following the process established by law and procedure by our lawmakers, by following how they can get into the public, and that’s by a federal firearms licensed dealer.”

Kentucky is one of at least a dozen states in which law enforcement agencies sell confiscated guns at auction.