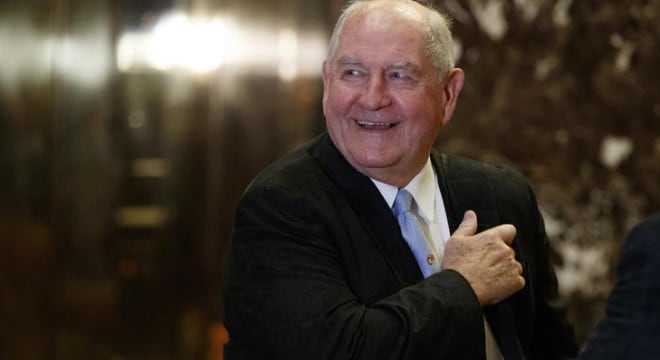 If confirmed by the Senate, Perdue would head up a Cabinet-level department that oversees several agencies including the U.S. Forest Service and manages 193 million acres of public lands, many of which are used for hunting and the shooting sports.

“It’s clear to us that, where private lands dominate the landscape, local hunters and anglers track and care deeply about ag policy and its impacts on fish, wildlife, and water quality,” said Whit Fosburgh, president and CEO of the Theodore Roosevelt Conservation Partnership, in a statement.

While the lion’s share of the $140 billion budget of the USDA goes into food and ag programs, the department also oversees a number of rural development and conservation services. Through the Forest Service, the USDA provides services to some 165 million visitors to federal lands for outdoor recreation that includes expansive sports shooting and hunting initiatives.

Incidents involving firearms on Forest Service controlled land have garnered media attention in recent years. In 2014, the Service issued 1,126 warnings and citations over shootings, up from previous years.

Perdue, a trained veterinarian, spent much of his business career in the agriculture business. Politically, he served in the Georgia legislature for more than a decade — mostly as a declared Democrat — before becoming the state’s first Republican governor since Reconstruction in 2003.

While in office, Perdue signed pro-hunting and fishing legislation but raised eyebrows after participating in a hunting trip paid for by a controversial insurance company executive.

Since his nomination to head USDA, Perdue has come under fire for his record as governor which included cutting food safety funding in Georgia two years prior to a deadly outbreak of salmonella traced back to contaminated peanut paste.

Perdue is expected to be confirmed but does not currently have a hearing scheduled in front of the Senate Agriculture committee. As noted by Agriculture.com, his hearing is likely to take place in mid-to-late February.

In the history of the Senate, there has never been a nominee for Agriculture Secretary withdrawn or rejected.