3 members of ‘Thug Relations’ gang sentenced to life in prison 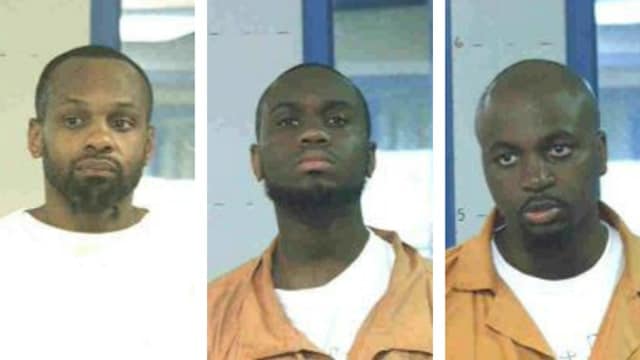 Three men were sentenced to life in prison Thursday for numerous gang-related convictions, including multiple murders in Virginia.

The men, two of whom are brothers, were convicted by a federal jury on charges related to organized criminal activity, including four racketeering murders, Hobbs Act robbery violations, felon in possession charges, and use of a firearm resulting in murder, the Department of Justice announced.

Eric “Rabbit” Pridgen, 33, Herbert “Bok” Pridgen, 29, and Maurice McClain, 33, were said to be members of the local street gang known as “Thug Relations.” Court documents show members of the gang regularly participated in acts of violence, including murder, drug robberies and shootings.

Due to the murder in aid of racketeering charges, Eric and Herbert Pridgen faced a mandatory life sentence, while based on the special verdict returned for the murder of Aaron Sumler, Maurice Mclain faced a maximum penalty of life in prison.

Prosecutors could have sought the death penalty for Eric Pridgen and Herbert Pridgen, Ashby and Johnson, but the motion was struck down by the U.S. attorney general in July 2015.