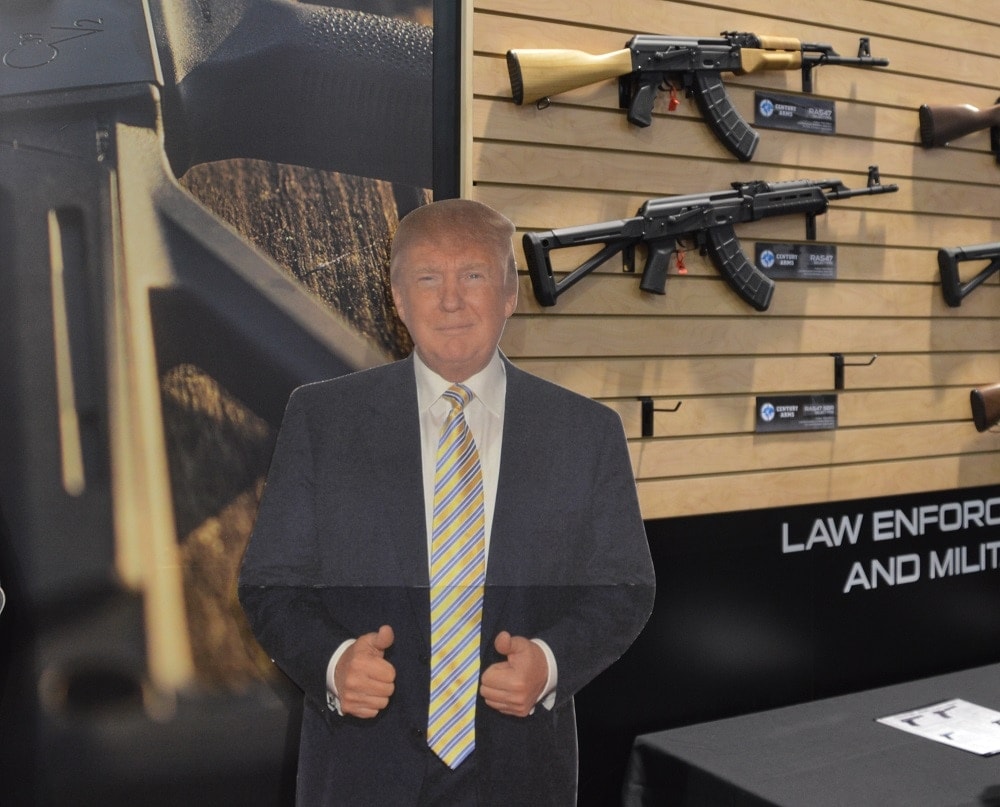 Century Arms, an importer of a number of guns from overseas, featured a Trump standee at its SHOT Show booth last week. (Photos: Chris Eger/Guns.com)

Some are hopeful the new management in Washington will be able to lift barriers to overseas firearm imports erected over the years, though the going could be slow.

President Donald Trump on Friday said it was “very early” to tell if the United States should lift sanctions on Russia, but that he seeks a “great relationship” with Putin and Russia.

On the campaign trail, Trump’s platform on trade concentrated on American jobs while floating the possibility of a tariff on all imported goods to help ease the current trade deficit. However, the Republican’s position on gun rights promised to curtail federal gun bans and limits. The two concepts, when balanced against one another, leaves open the possibility of action on foreign-made guns currently off-limits to buyers in the U.S.

“Together with our partner — Fime Group, we are working hard on extending our export products line regardless of the administrations,” Maksim Yakovlev, a representative for the Russian firm of Molot-Oruzhie, told Guns.com.

Molot manufactures a number of firearms including the popular Vepr series of rifles currently imported to the U.S. but many of their offerings are restricted from import.

“We have been doing this for a while and every year our product line in the United States is expanding, the current year should be no exception,” Yakovlev said.

Per figures from the International Trade Commission, 204,788 firearms of all kinds were imported from Russia in 2013. This figure plunged to just 9,556 in 2015.

While Molot is not suffering from direct sanctions as it is not a part of Kalashnikov Concern — placed off limits by the Obama administration in 2014 — they are hopeful about the prospect of sending more guns to eager American buyers.

“We respect the choice of American people and hope for further improvement of relations between our governments,” said Yakovlev. 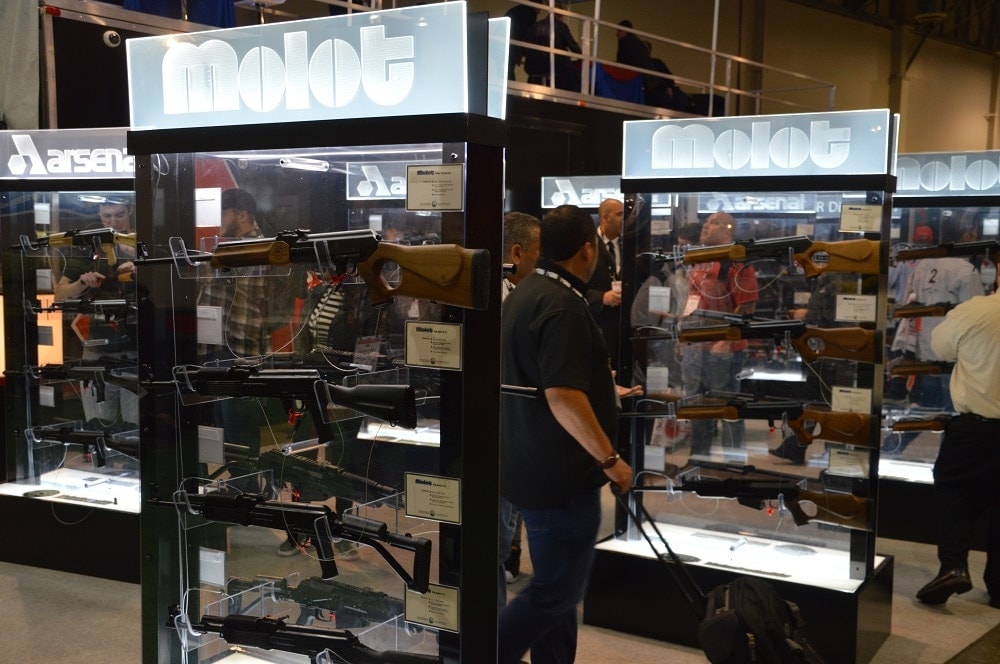 Molot produces a number of firearm designs at their Russian plant, though not all are importable to the U.S.

While the Gun Control Act of 1968 inaugurated regulations on firearms imports that established a “sporting purpose” test on prospective handguns accepted into the country, it wasn’t until 1986 that the Bureau of Alcohol, Tobacco, Firearms and Explosives began to apply similar tests to imported rifles and shotguns. This resulted in shotguns such as the South African Striker and South Korean USAS-12 banned for import due to their “military” features. Subsequently, in 1989 the agency refused import permits first for Austrian Steyr AUG-SA rifles, then others, citing “semiautomatic assault-type rifles were being used with increasing frequency in crime.”

While there were some 3.9 million firearms imported into the U.S. in 2015, the bulk of these figures come from Austrian-made Glocks and Steyrs, Brazilian Taurus and Rossi’s, Croatian Springfield XD’s and Canadian-made Savage rifles.

Besides newly manufactured guns, surplus firearms have also been marked off limits by past presidents. Nearly a million U.S.-made M1 Garands and carbines given to the South Korean government in the 1950s and 60s as military aid were acquired by a Vermont-based importer — Century Arms International — in 2009 only to be blocked by the Obama administration. In 2014, after six years of campaigning to bring the vintage guns in, CAI laid off 41 employees citing the collapsed deal.

While Republican lawmakers attempted to overturn the blockade on the Korean guns, lawmakers across the aisle sought to further tighten gun imports.

“Cheap foreign assault weapons are a favorite tool of cartels, mass shooters, and even ISIS, which used guns that had been imported to the United States to carry out the Paris attacks,” said U.S. Rep. Jackie Speier, a California Democrat who sponsored a bill last March to ban import of many types of semi-auto firearms that currently pass the sporting purpose test.

Tearing down the (gun) wall

Though many barriers to firearms imports are enshrined in federal law — for instance 922 (r) — and would need legislative fixes, industry insiders think the newly revised State Department could receive a new set of marching orders, reversing past executive actions.

Meanwhile, some have been working on producing banned designs domestically.

After the company severed its ties to their Russian parent in 2014, Kalashnikov USA has set up a plant in Florida to produce its designs in the Sunshine State. The company has plans to offer the American-made KR-103 AK variant starting in 2018 and told Guns.com at SHOT Show last week it is shipping KS-12 shotguns this month. 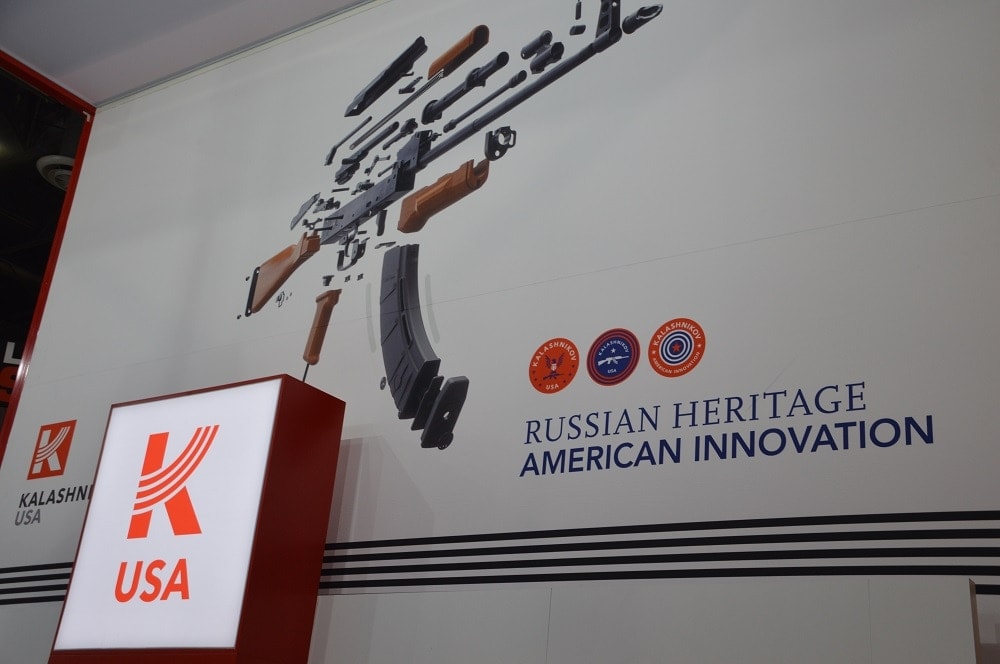