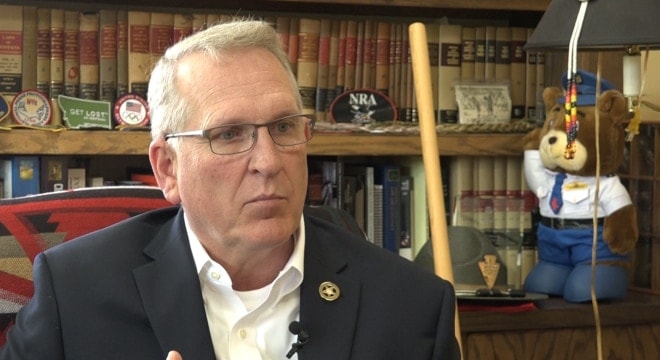 The opinion by Montana’s Attorney General came more than a year after he said Missoula’s local law “likely violates our constitutional right to keep and bear arms.” (Photo: KTVQ.com)

The nine-page opinion came at the request of Montana House Speaker Austin Knudsen, R-Culbertson, and held Missoula’s local ordinance was in violation of state preemption laws. While Fox said there are some local gun laws a city can adopt, he feels the Missoula measure went too far.

“Plainly interpreted, the Montana Legislature has prohibited all forms of local government from exercising any regulatory power over the purchase, sale or transfer of firearms,” wrote Fox, who more than a year before the ordinance was passed warned it “likely violates our constitutional right to keep and bear arms.”

The mandated expansion of background checks — to include virtually all gun transfers including private sales — was proposed in Montana’s second-largest city in 2015. It drew almost immediate fire from critics including gun rights groups and two out of three of Montana’s congressional delegates, but, with the support of gun control advocates, passed last September in an 8-4 vote.

“The point was to save lives,” said City Councilman Bryan von Lossberg, who sponsored the ordinance. “Background checks aren’t required in all transactions, but if we take the steps to require those as part of a responsible transaction we have an opportunity to save lives.”

As reported by KECI, Missoula City Attorney Jim Nugent on Thursday sent city council members an email saying that while Moms Demand Action and local citizens had requested the ordinance, and Fox’s opinion had what he felt were some flaws, there may not be a “basis for a successful court challenge” to the attorney general’s finding.