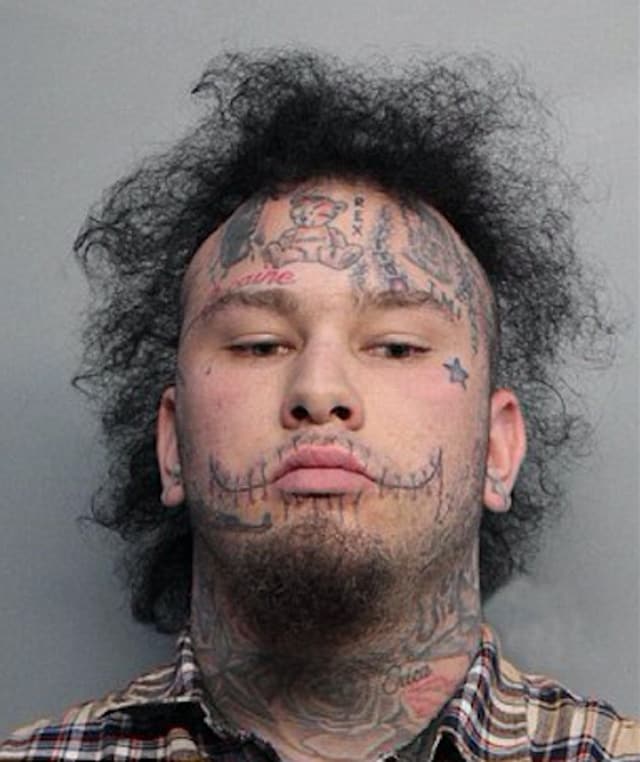 Rap artist Phillip Nickolas Katsabanis, who is also known as “Stitches”, is facing multiple charges after a run-in with police in Miami Wednesday night.

Katsabanis, 21, was apparently pulling his Porsche out of a handicapped parking space in a Whole Foods parking lot when he was stopped by authorities, who recognized him from previous arrests.

The officer said Katsabanis’ car had a strong marijuana odor and when he asked if the rapper was in possession of a gun, Katsabanis allegedly handed the officer a joint, then said, “Sorry officer.” Both Katsabanis and his passenger repeatedly denied having any weapons.

A search of the vehicle, however, turned up a Glock 19 under the driver’s seat, as well as two magazines containing a total of 46 bullets, and Mason jar full of pot. Katsabanis also had an Oxycodone pill in his pocket, for which he did not have a prescription.

Katsabanis, who told the officer he carried the gun for protection, was arrested and charged with marijuana possession, carrying a concealed gun and carrying prescription drugs without a prescription.