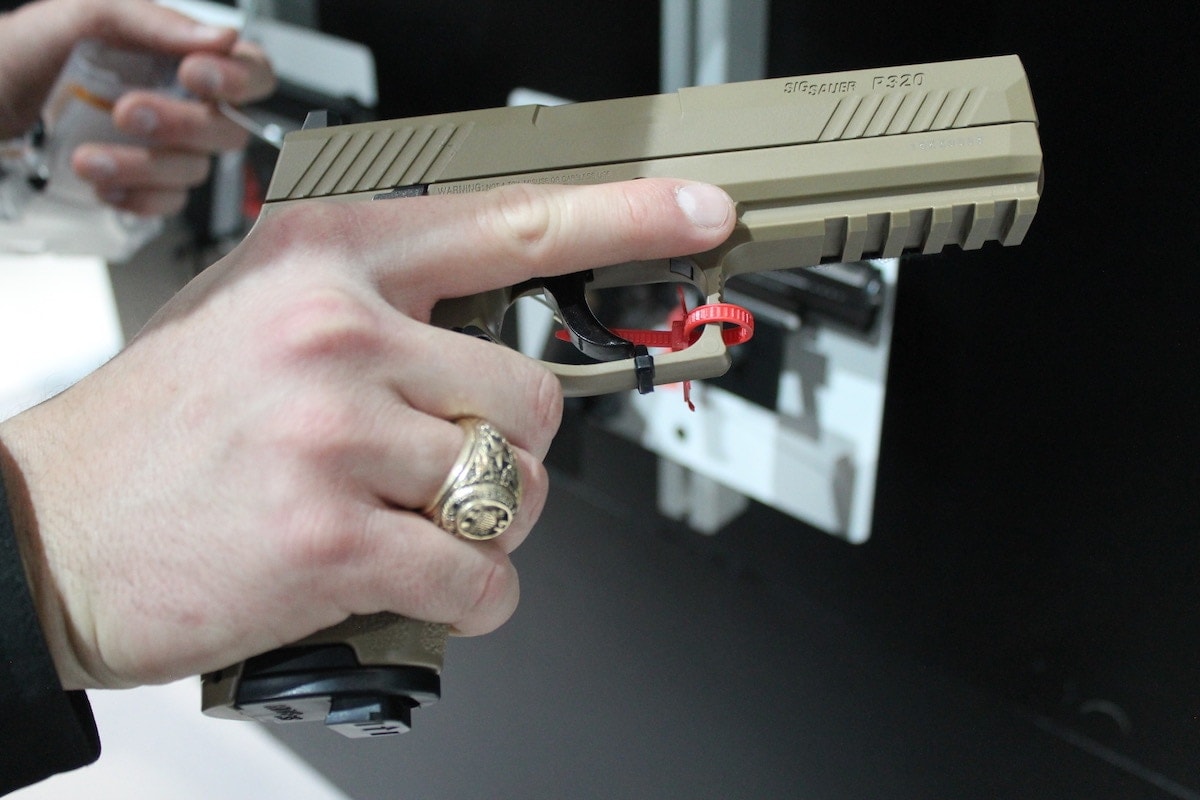 The case centers on a licensing agreement between the two companies — one that Sig alleges Cybergun breached in 2015.

According to the civil complaint, a master licensing agreement between Sig’s Swiss affiliate Swiss Arms Technology and Cybergun in 2001 granted the air soft maker permission to replicate certain Sig products and use the company’s name for promotions in exchange for royalties. Though they amended the original agreement twice, the lawsuit says basic terms remained the same.

The lawsuits says the relationship between the companies began to erode after Cybergun defaulted on royalty payments piling up to more than $215,000 since October 2015. On top of the payments, the lawsuit says Cybergun failed to provide accurate quarterly reports as detailed by the contract.

Sig also petitioned the court to bar Cybergun from making, selling, advertising or promoting products that bare the Sig name or trademark. The company has asked for a recall to be issued for all Cybergun branded Sig products with remaining inventory sent to Sig for destruction.

Cybergun conducts business across the globe, to include distribution to major U.S. based retailer Wal-Mart. The company contacted Guns.com after article published Friday, responding to requests for comment sent the day before.

“Their team is redacting a statement, clearing us from the charges you mention in your article,” said Alexandre Louis, Cybergun’s marketing director, in a email. “We did pay our royalties to SIG Sauer and continue to do business with them as of today.”

A review of filings listed under the case docket on Jan. 29 does not reflect the changes described by Louis.

Sig Sauer launched its own line of airsoft rifles and pistols in late 2015, offering full-scale replicas of their most popular line of guns to include the MCX, MPX, P226 and P320 handguns. Showcased at SHOT Show 2017, the line has seen an uptick in interest as more shooters turn to airsoft to augment live fire training, according to Sig reps.