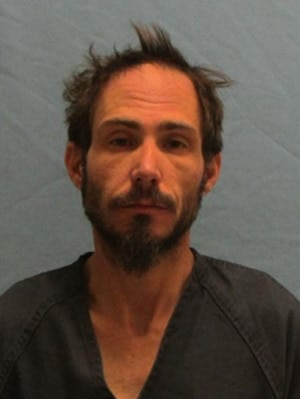 An attempted robbery outside of a bank in the Otter Creek area of Little Rock early Tuesday morning ended with one suspect dead and another behind bars after the would-be victim fought back and gained control of the suspect’s gun.

Anthony Michel, 40, faces numerous charges, including capital murder because his accomplice, Cornell James Drones, 35, was killed while the two were engaged in a felonious act, according to information obtained by the Arkansas Democratic Gazette.

Police say two Domino’s Pizza employees – Nathaniel Carter, 24, and David Stricklin, 50 – went to the bank to make a deposit just before 1:30 a.m. when they were approached by Michel and Drones, both of whom were armed with handguns.

The suspects attempted to take the cash from Carter, but he fought back and a struggle ensued. During the struggle, Drones dropped his weapon and Carter promptly retrieved it, then fired several shots, striking Drones in the upper body.

Michel ran to hide in some nearby bushes, while Drones managed to make his way to the back of a nearby grocery store where he had a car waiting. Drones got into the vehicle and drove to a gas station about a mile from where the attempted robbery had occurred, but Carter and Stricklin followed him as they contacted the police.

Once at the gas station, Drones got out of his car but collapsed. Soon thereafter, police arrived on the scene and started CPR on Drones. He was transported to the hospital and pronounced dead about half an hour later.

About two hours later, around 4 a.m., as authorities continued to investigate at the original crime scene, they discovered Michel still hiding in the bushes. He was taken into custody and charged with capital murder, aggravated robbery, and felony theft.

He was originally being held without bail, but his bail has since been set at $1 million.

Carter and Stricklin were not injured and authorities do not believe there were any other suspects involved in the attempted robbery.