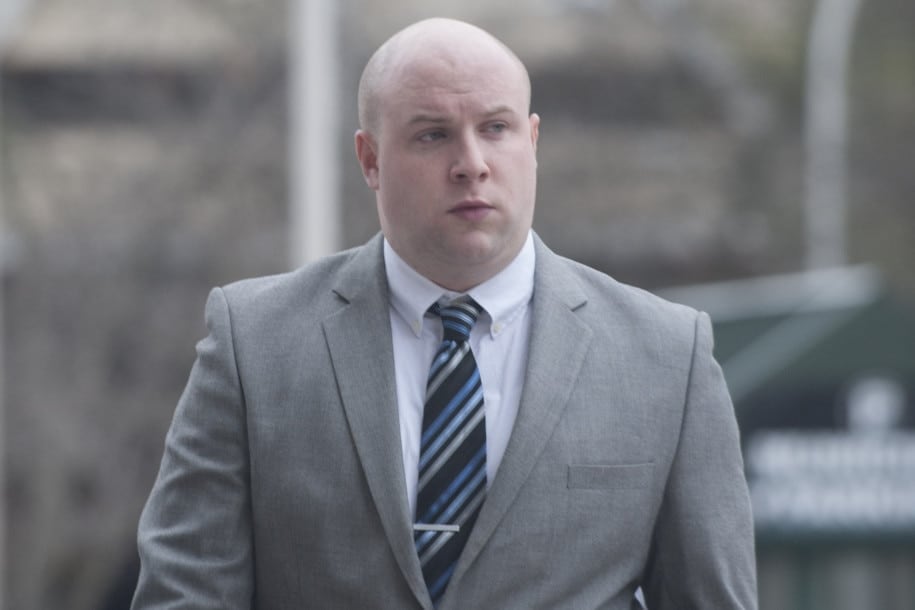 Brendan Cronin, 30, arriving to court. Cronin was sentenced to nine years in state prison for his involvement in a shooting involving two motorists in 2014. (Photo: The New York Post)

New York City agreed Friday to pay $6.9 million to a man shot by an off-duty police officer who had consumed several drinks at a bar before attempting to drive home in 2014.

The settlement was awarded to Joseph Felice who was shot multiple times by former police officer Brendan Cronin. Felice’s friend Robert Borelli who was present at the time of the shooting but was not injured will collect $1.275 million.

The settlement stems from an incident in April 2014 by which Cronin shot at Felice and Borelli while they were sitting in a car idling at a stoplight on their way home from a hockey game. According to the civil complaint, Cronin fired a barrage of bullets at the car from his service Glock, striking Felice six times. Borelli, the driver, was not injured during the shooting.

Prior to the shooting, the complaint alleges that Cronin was drinking in a bar with fellow officers after an intensive gun training event at the NYPD’s Rodman’s Neck training facility in the Bronx. At that bar Cronin “consumed at least 10 drinks consisting of Jameson whiskey shots and beer.”

Despite his large consumption of alcohol, Cronin’s colleagues allowed him to drive home carrying his service weapon, according to the lawsuit.

Felice and Borelli claim the officers encouraged Cronin to drink heavily — a practice, their attorneys say, is common within the department.

“Information we obtained shows the NYPD’s own training facility had a culture of drinking,” said Debra Cohen, lawyer for Felice and Borelli, to the New York Post.

“They need to recognize they have a problem,” said Randolph McLaughlin, a second lawyer for the men. “This is not the only incident of bad cops doing drunk things,” he told the New York Post.

Cronin pleaded guilty to a number of charges lodged against him to include attempted murder. He was relieved of his post from the NYPD and sentenced to nine years in state prison in 2016.

Cohen told the Associated Press she hopes the case sparks “the beginning of a zero-tolerance policy for alcohol abuse” by police officers.