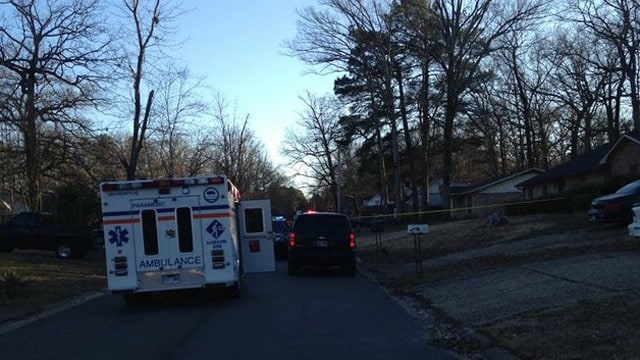 A 16-year-old boy was shot while being robbed of his shoes in Little Rock, Arkansas, last week.

The teen, whose name was not released due to his age, was walking home from school last Monday around 4 p.m. with two friends when the suspect approached him, pulled a gun and demanded his shoes.

Police say the teen just sort of stood there for a moment, so the suspect shot him once in the upper torso and took the shoes off of the teen’s feet. The suspect then fled in a red car, according to the boys.

The teen was transported to a local hospital where he underwent surgery and is expected to recover.

The suspect, whose identity is unknown, was described as a black male standing around 5 feet 10 inches tall and weighing about 150 pounds.

The type of shoes stolen was not specified.