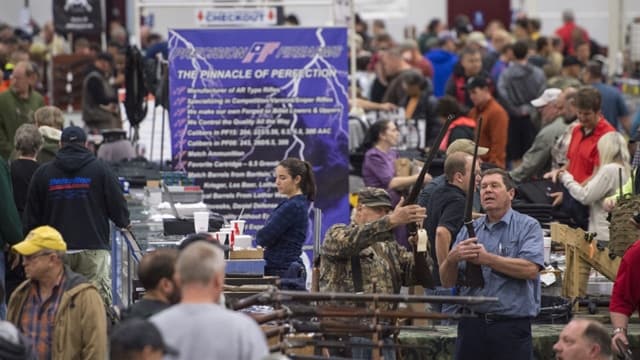 A state law in Virginia that expands voluntary background checks to gun shows has seen just one denial at 41 shows in its first six months.

The law was part of a package of gun measures signed by Virginia Gov. Terry McAuliffe early last year, in a bipartisan move he touted as a “historic agreement.” As part of the package, Virginia reinstated concealed carry reciprocity with 25 states — a move praised by gun rights advocates and Republicans. As part of the compromise, two gun control efforts passed. One requires domestic abusers to forfeit their firearms within 24 hours and the other promised to make state police available at guns shows for voluntary background checks.

Three state police employees have been hired to carry out the checks, costing the state $300,000, according to the Richmond-Times Dispatch. They carry out checks for unlicensed private sellers who don’t have access to federal or state background check systems.

The paper reports that 39 voluntary checks were made from July 1 through Dec. 31. Of those, a 21-year-old man who agreed to a check was found to have an outstanding felony warrant and was immediately arrested.

“Every marathon starts with the first step,” said Virginia Secretary of Public Safety and Homeland Security Brian J. Moran. “What the governor wanted to do is expand background checks. And this has indeed expanded background checks and led to an arrest. I would say that’s a good day’s work.”

But Philip Van Cleave, the president of the Virginia Citizens Defense League, a gun rights group in Virginia, disagrees. “If it costs the state nothing to do, then one could argue, well all right. … It wouldn’t bother me,” he said. “But if this is costing taxpayer money, it’s definitely not worth it.”

The new measures were the first major changes to Virginia’s gun laws in more than two decades.

“The only thing we could do to get stronger, would be mandatory background checks,” McAuliffe said last year, according to WWBT. “Hell will freeze over before that will pass this General Assembly.”