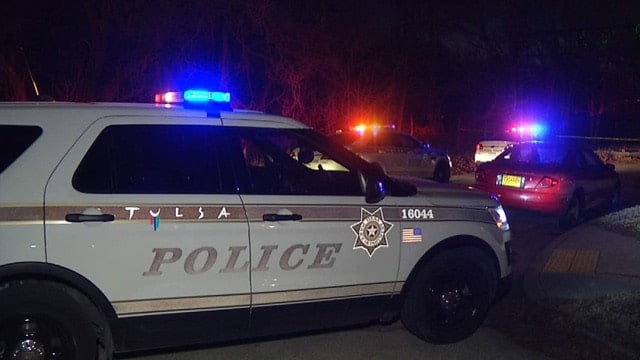 Neighbors say they heard about half a dozen gunshots. (Photo: News on 6)

A 54-year-old man was shot and killed outside of a home in Tulsa Thursday evening, but the man who pulled the trigger – the deceased man’s stepfather – said he did so in self-defense after he was first attacked.

Police say George Warkins was at the home visiting when his 76-year-old stepfather, with whom he did not get along, returned home. The stepfather, as well as Warkins mother, apparently asked Warkins to leave, but an argument ensued and soon turned physical.

Warkins, who was armed with a knife, hit his stepfather multiple times in the face before his mother was able to separate the two. The stepfather then retrieved a revolver.

Warkins eventually went outside, but the stepfather followed him. Warkins, still armed with the knife, then charged at the man, who in turn fired a shot, striking Warkins in the groin. The stepfather said Warkins continued to come at him, so he fired several more shots.

When police arrived on the scene, the stepfather, whose face was bloodied, led officers to the back yard where Warkins was found deceased.

No arrests have been made, but the incident is still under investigation.