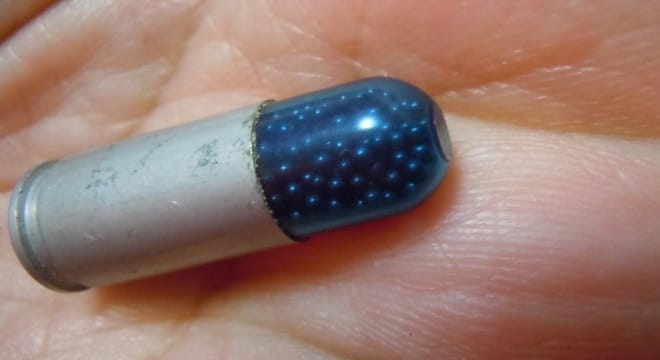 The cartridges, instead of using a solid bullet, utilize a plastic cap or shell that holds a quantity of small diameter shot (Photo: Chris Eger/Guns.com)

A House measure advancing through committee would allow the use of specialty ammo inside Arizona cities for snakes and rats but is drawing fire from animal rights groups.

The bill, proposed earlier this month in the state House, has been winding its way through hearings and has gotten an initial nod from lawmakers, though its sponsor cautions it is not an animal regulation proposal.

“It’s a firearms bill,” said Rep. Jay Lawrence, R-Scottsdale. “It’s not a bill that deals with harming snakes or rats or any other vermin, it merely is a firearms bill.”

Lawrence’s measure, HB 2022, would amend state law to allow the use of rat or snake shot to control pests. The cartridges, instead of using a solid bullet, utilize a plastic cap or shell that holds a quantity of small diameter shot. The bill’s language only allows for .22 caliber shot rounds with pellets 1.3mm or less in diameter.

Currently, only the use of blanks is allowed within city limits to control pests.

Not all are impressed by the bill, especially reptile advocates who point out there are at least four species of endangered snakes at large in Arizona.

Russ Johnson of the Phoenix Herpetological Society told local media the proposal is fraught with pitfalls.

“Do we really want people shooting guns in the city limits next to houses?” said Johnson. “You’re talking about shooting rats. So you’re shooting on your rooftop, so you got bird shot spraying everywhere. OK, if you’re shooting a snake, you’re pointing down. You’re gonna get a ricochet even though it’s pellet.”

HB 2022 has passed both the JPS and Rules committees.