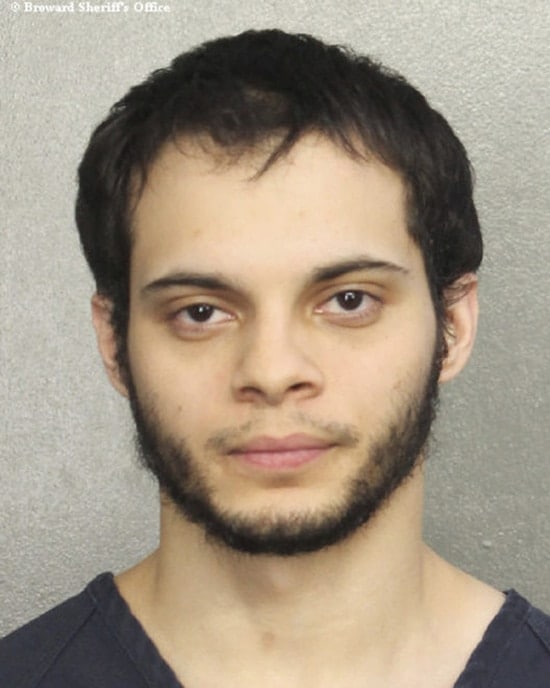 The man accused of killing five people and wounding six others when he opened fire inside a crowded Fort Lauderdale airport earlier this month pleaded not guilty in federal court Monday.

Esteban Santiago, 26, was indicted last week on 11 counts of performing an act of violence against a person at an airport serving international civil aviation that caused death or serious bodily injury; six counts of use and discharge of a firearm during and in relation to a crime of violence; and five counts of causing the death of a person through the use of a firearm. If convicted, he could face the death penalty.

After the 22 criminal counts were read in court, Santiago acknowledged the crimes with a simple, “Yes.” Santiago, a U.S. military veteran who served in Iraq from 2010 to 2011, admitted to investigators that he was inspired by Islamic State and said he previously chatted online with Islamic extremists.

Friends and family of Santiago said his “mind had not been right” after returning from Iraq and his behavior had become abnormal and erratic. In fact, Santiago had previously sought help after hearing voices but was sent home after being hospitalized for four days. Officials are investigating whether mental illness may have played a part in the Jan. 6 shooting, while prosecutors say the attack was premeditated.

According to authorities, Santiago bought a one-way ticket from Alaska, where he had been residing, to Florida and packed a Walther 9 mm handgun along with corresponding ammo in a checked bag. Upon arrival to the Fort Lauderdale-Hollywood International Airport, Santiago retrieved his bag, then went into a bathroom and loaded the gun.

Santiago emerged from the bathroom and opened fire near the Terminal 2 baggage claim area, aiming for the victims’ heads, witnesses said. He continued to fire until he ran out of ammunition. Soon thereafter, Santiago was confronted by a deputy from the Broward Sheriff’s Office. At that point, Santiago dropped his weapon and was taken into custody without further incident.