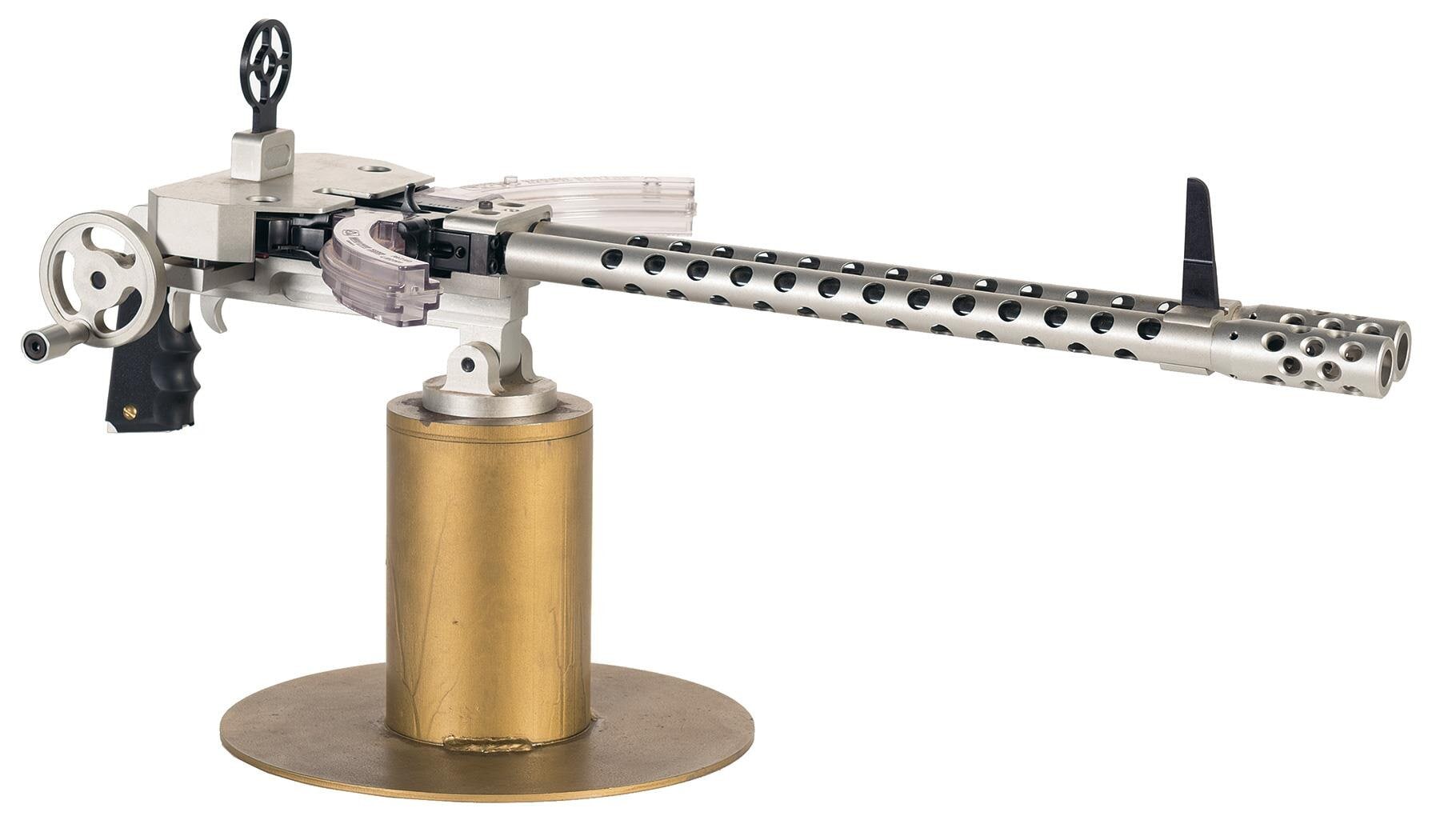 You know you want it (Photo: RIA)

Rock Island Auction has a semi-custom ode to Mr. Gatling with a modern twist that uses a pair of Ruger 10/22’s for those who want to evaporate a bucket of .22LR.

The two blued 10/22 rimfire rifles look to be mounted on one of  Tactical Innovation’s polished aluminum Crankfire kits that uses a crank-activated trigger cam system to eat through .22LR ammo until you want to stop feeding the beast. 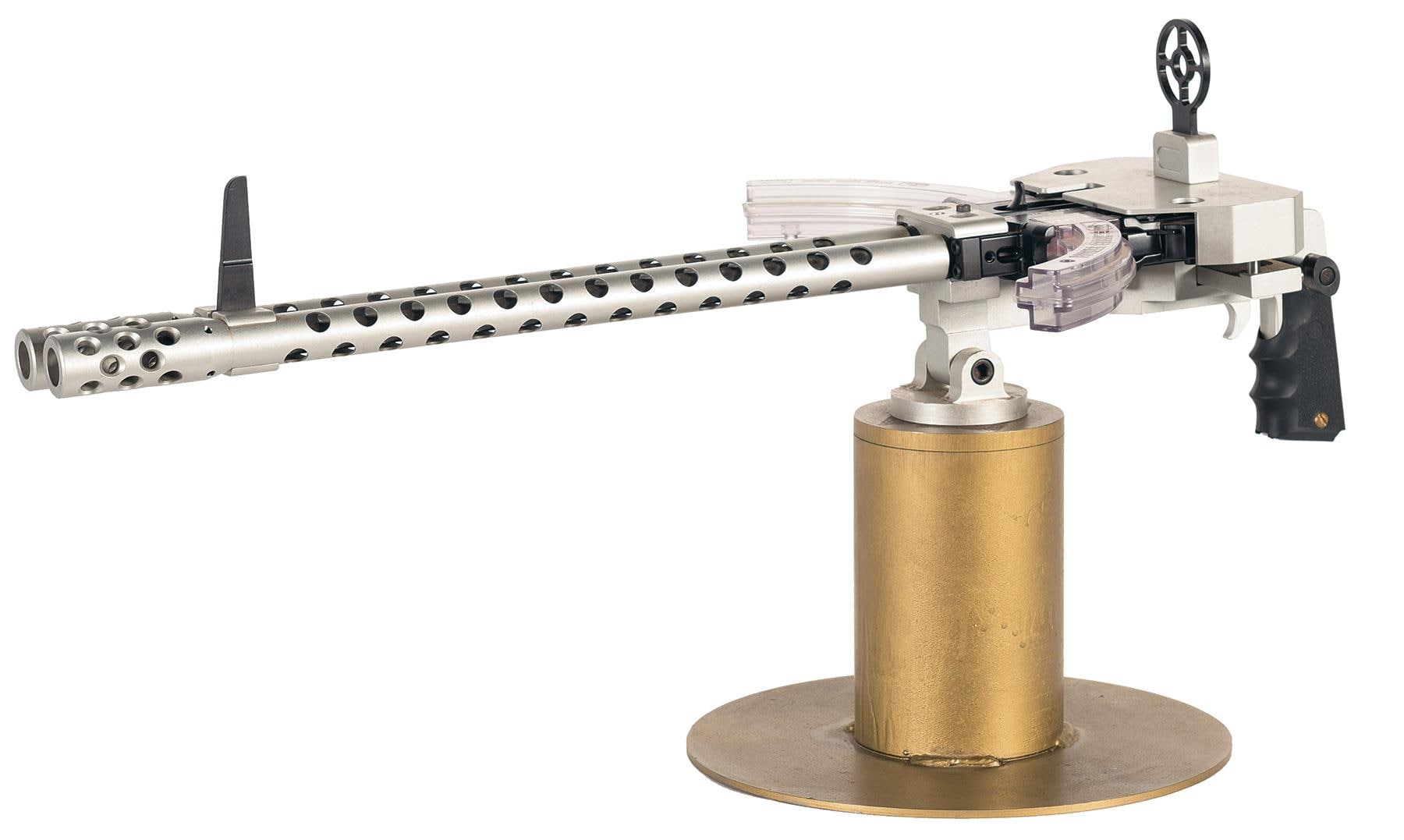 What is not standard with either a 10/22 or the Crankfire kit is the very nicely done brass pintle base that harkens back to the classic Naval mounted Gatling guns of old. 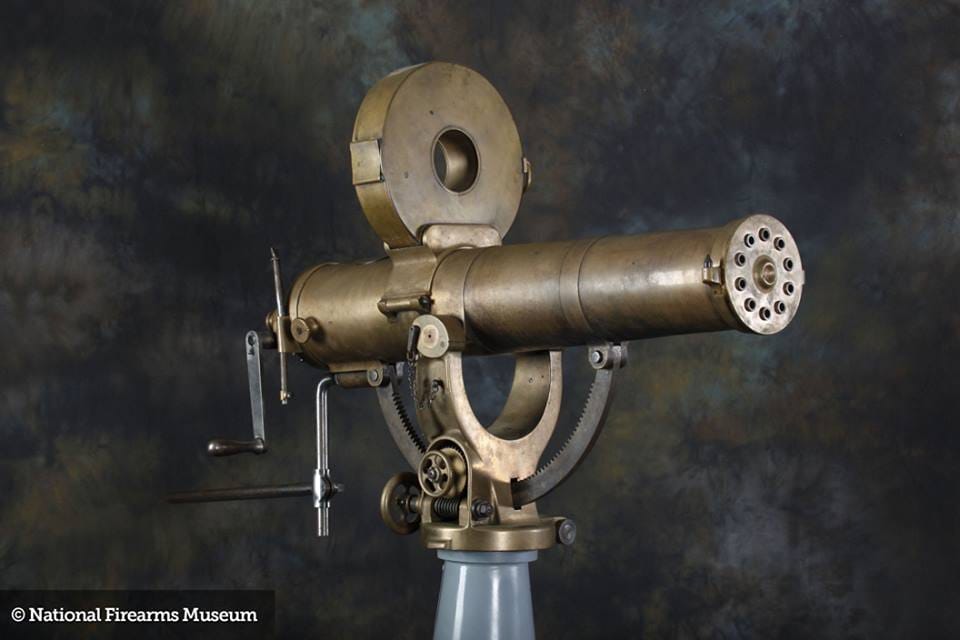 The real deal: a Model 1883 .45-70 cal Gatling on a U.S Navy mount. This 10-barrel Gatling with its 104-round Accles drum magazine was big medicine against small torpedo boats of the day. (Photo: National Firearms Museum)

As you can see in the below video of a Crankfire Ruger 10/22 set up (not the exact one shown above), the rounds go pretty fast.