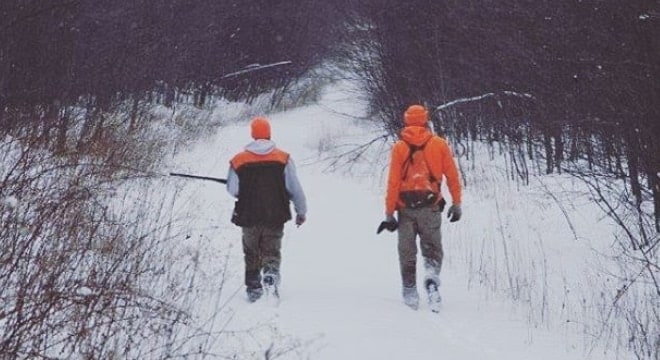 Pennsylvania is currently the only state that does not allow the use of semi-auto rifles for hunting, which the state game board is in the process of changing. (Photo: Pennsylvania Game Commission)

Conservation officials are meeting this week in Harrisburg to hear public comment on proposed new rules for the use of air rifles and semi-auto rifles in hunting.

The eight-member Pennsylvania Board of Game Commissioners has proposed new rules that could see sportsmen in the Keystone State for the first time use semi-auto rifles to harvest game, with magazine capacities capped at five rounds.

Last November, Gov. Tom Wolf signed legislation eliminating the Commonwealth’s historic prohibition against the use of air guns and semi-automatic rifles for hunting after it passed the Senate and House in veto-proof margins at the end of October. Regulating just how hunters will be able to use the new options is now in the hands of the Commission.

Under current law, all centerfire rifles and handguns used in hunting in the state must be manually operated and semi-auto shotguns are only permitted in five counties.

The PGC’s proposed new rules allow the use of semi-auto rifles for both small and large game on every species for which there is currently a season including deer, bear, turkey and elk — provided the total ammunition capacity of the rifle does not exceed six (5+1) rounds. Pennsylvania has some 1.3 million licensed deer hunters, the most in any state.

The proposed rules will also expand muzzle loader hunting to include breech-loading black powder firearms for designated species of wildlife and hunting seasons and aperture sights for flintlock muzzle loading deer season as well as allow air guns .177 and .22 caliber to be used in the small game and furbearer seasons.

Comments filed in advance of Tuesday’s meeting were largely in favor of the move with even the state’s gun control advocacy group, CeaseFirePA, noting the proposed regulations should alleviate safety concerns about which types of firearms would be permitted while preserving “the values inherent in our hunting tradition.”

Kim Stolfer, president of the gun rights member organization Firearms Owners Against Crime, told Guns.com the proposed regulations seem well drafted but he does worry about how the final rules would be interpreted in the field.

In 2015, Matt Hough, executive director of the Commission, told lawmakers he would like to see the use of semi-autos limited, including excluding their use from deer, bear, turkey and elk seasons.