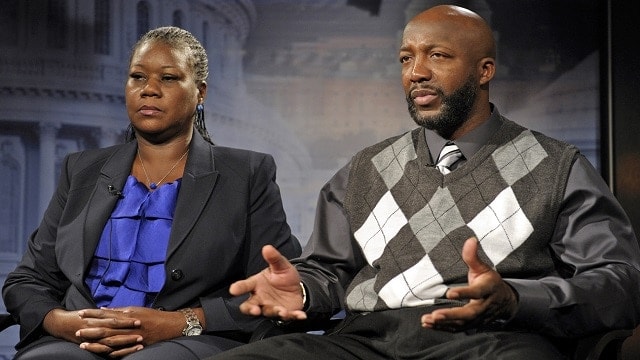 Five years after their son’s death, Trayvon Martin’s parents are both considering running for office in Florida.

In an interview on USA Today’s Capital Download, Tracy Martin and Sybrina Fulton say they are looking to politics in order to continue to “be a part of the change” that America needs. Both fear President Trump may undo all the progress that’s been made since their son’s death.

Martin and Fulton worry that citizens and law enforcement officials will find it easier to justify violence against minorities under a Trump administration by saying they felt unsafe.

George Zimmerman, at his trial for shooting Trayvon, argued that he felt threatened by the teenager when he shot and killed him. Zimmerman was later acquitted at the trial.

In a book being published Tuesday, “Rest in Power,” Fulton and Martin document how the the controversy changed their life and led them to where they are today, now figures on the national stage.

Martin and Fulton say they are particularly distressed by the difference in attitude between Trump and former President Obama, who famously said “Trayvon Martin could have been me 35 years ago” when Zimmerman was acquitted.

Fulton, who campaigned for Hillary Clinton in 2016, said Trump’s anti-immigration rhetoric and policies are only making the divide worse in America and that many feel less safe than they did under Obama.

“Average citizens feel like their kids are not going to make it home safely, because we’ve had so many incidents where somebody is shot and killed and nobody is being held accountable,” she said.

Five years have passed since their son’s death, but the pain has yet to subside for Fulton and Martin. If he had lived, Trayvon would be 22-years-old on Sunday.