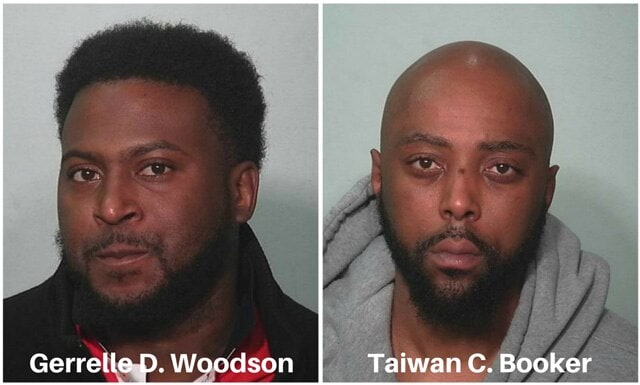 Although the arrests came as the result of citizen tips, there does not appear to be a connection between the two raids.

Acting on a tip that drugs were being sold out of a home, the Fort Wayne Police Department’s Vice and Narcotics Division executed a search warrant and found approximately six pounds of synthetic marijuana, less than a gram of methamphetamine and a 9mm pistol, which was determined to be stolen.

Taiwan C. Booker, 40, was arrested during that raid, but before officers entered the home, a man who was later identified as Gerrelle D. Woodson, 32, was seen leaving the house. He was stopped nearby and found with 24 grams of cocaine.

Acting on another tip that drugs were being dealt out of a different home, authorities conducted a second raid where they discovered a pump shotgun, a rifle, and a pistol, along with needles, heroin paraphernalia, and cocaine residue. It’s unclear what arrests were made during the second raid.