Despite higher bonds, Chicago gun criminals getting out of jail faster 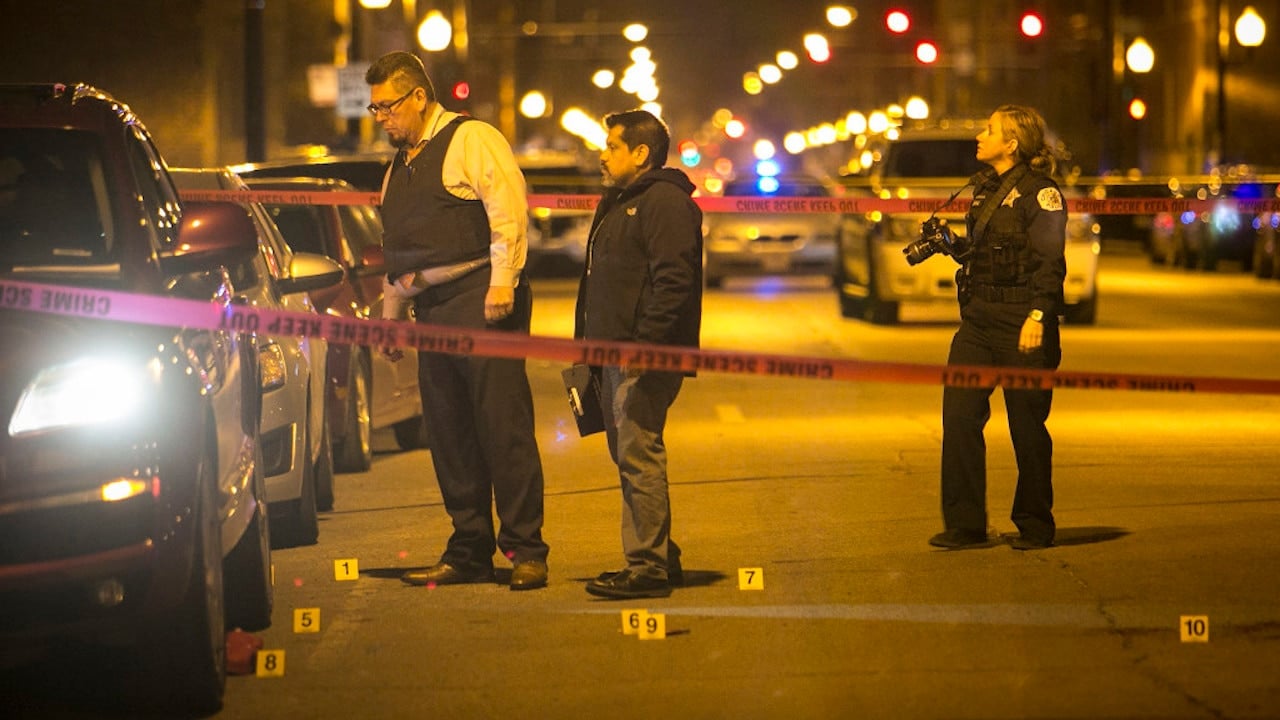 Though bonds have nearly doubled, Chicago gun criminals are getting out of jail even faster (Photo: Chicago Sun-Times)

Cook County judges started to raise bonds for gun criminals when Chicago violence spiked in 2012, hoping it would keep armed gang members in jail until a decision had been reached on their cases, but that did not happen at all.

Instead, the Chicago Tribune reports the raised bonds had the exact opposite effect, and those charged with felony gun crimes are getting out twice as fast as they did four years ago.

The Chicago Police Department is also making fewer gun arrests and recovering fewer guns in the city. According to department data, since 2012, gun arrests have dropped by nearly 9 percent and guns recovered have fallen by 33 percent.

Felony drug arrests have also dropped since 2012, shown by the 28 percent decrease in jail bookings for felony drug crimes.

Many criminal justice experts think the police department has been greatly affected by the fallout caused by the police shooting of 17-year-old Laquan McDonald in 2014, which led to an officer being charge with murder and a Justice Department investigation into the department.

Officers have reportedly retreated since then, not as likely to do battle with the city’s most violent gangs. This retreat, many think, is one of the reasons for the spike in Chicago gun violence in the city that recently led President Donald Trump to tweet he would “send in the Feds” if things didn’t get better in the city.

With police making fewer arrests and thus bringing fewer people to court, it has become easier for gang leaders to post bond for the few foot soldiers in their ranks charged with gun crimes, as there’s often plenty of drug money to spend on them.

Dominick Taylor, a member of the Gangster Disciples from the south side Englewood neighborhood, told the Tribune that neighborhoods have been flooded with drug and gun money over the last few years and that gang members don’t feel deterred at all by law enforcement.

“I’d say, like, if 9 of 10 people got guns, at least four to five getting arrested,” Taylor said at an interview in Cook County Jail. “But they get right back out, say, on house arrest or a low-ass bond.”

The data the Tribune analyzed also showed that approximately 1 in 10 of the people arrested and then bonded out on gun charges were then arrested again on serious charges.

Chicago police Superintendent Eddie Johnson expressed frustration over the Tribune’s findings, painting the problem as a vicious cycle with no easy way out.

“A lot of the shootings occur by repeat gun offenders, which are with the gangs. So when those guys get picked up, for whatever reason, who do you think the gangs are going to bail out first? They bail out the shooters because they are the most valuable pieces to that gang organization,” Johnson told the Tribune.

“Because they aren’t afraid to use violence to get their message across,” Johnson continued. “So what we see is just an unbelievable cycle of CPD arresting these guys, and then for whatever reason, the judicial system spits them right back out, only to be dealt with … again.”