Former senator to serve as 'sherpa' for Gorsuch nomination 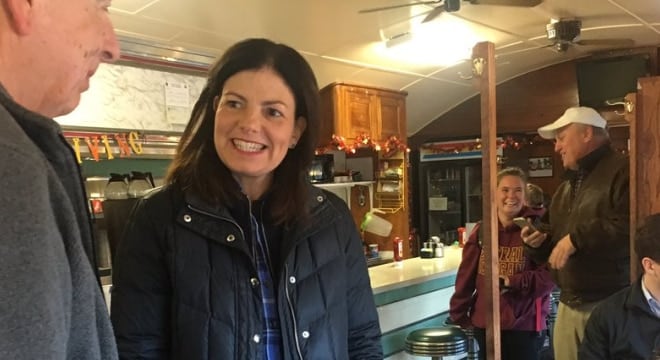 Former New Hampshire Attorney General and U.S. Senator Kelly Ayotte will serve as the nominee’s so-called “sherpa” in Washington, taking him to meet lawmakers and escorting him to meetings. (Photo: Kelly Ayotte/Twitter)

Ayotte, who lost her seat to Democrat Gov. Maggie Hassan by very narrow margins last November, will serve as the nominee’s so-called “sherpa,” taking him to meet senators and escorting him to meetings, as reported by the New Hampshire Union-Leader.

Something of a moderate Republican, Ayotte was subject to an intense campaign by gun control groups ranging from Everytown to Gays Against Guns during her reelection campaign. Former U.S. Rep. Gabby Giffords’ American’s for Responsible Solutions and a super-PAC funded exclusively by former New York Mayor Michael Bloomberg chipped in over $8.5 million into Hassan’s campaign and advocates hailed her victory over Ayotte as a bright spot for “gun violence prevention” in the otherwise conservative-heavy election cycle.

Though the National Rifle Association in the past paid for ads supporting Ayotte, the lawmaker only picked up $90,431 worth of support from the Second Amendment group in 2016, despite an official “A-” grade and endorsement.

Ayotte frequently crossed the aisle during her tenure in the Senate to gain bipartisanship support for issues and could be key in convincing enough Dems to switch sides to break a promised filibuster. Republicans currently hold down 52 seats in the chamber and 60 would be needed to muscle through Gorsuch.

“As our state’s first female Attorney General and former U.S. Senator, President Trump could not have picked a better advisor and counselor than Kelly Ayotte to help guide (Gorsuch) through the nomination process,” New Hampshire Republican State Committee Chairman Jeanie Forrester said in a statement.

Congratulations @POTUS on an excellent choice for #SCOTUS! I am honored to work with Judge Gorsuch during the confirmation process.