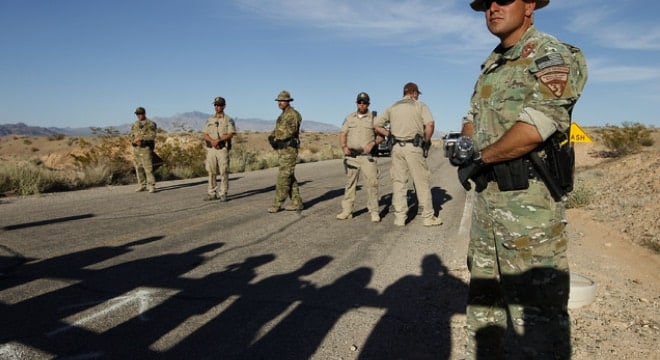 A Utah Congressman filed a proposal in the U.S. House last week that would replace the law enforcement functions of two federal agencies with cross-deputized local police.

Rep. Jason Chaffetz, R-Utah, who serves as the chair of the House Oversight and Government Reform Committee, thinks his measure to disband the armed law enforcement bodies inside the U.S. Bureau of Land Management and the U.S. Forest Service, introduced on Jan. 24, is needed.

“It’s time to get rid of the BLM and U.S. Forest Service police. If there is a problem your local sheriff is the first and best line of defense,” Chaffetz said in a statement. “By restoring local control in law enforcement, we enable federal agencies and county sheriffs to each focus on their respective core missions.”

Chaffetz’s measure, HR. 622, would strip the police functions of the BLM and FS while allowing block grant funding for elected local law enforcement such as county sheriffs and their deputies to make arrests and conduct investigations on land controlled by the agencies. The grants would use a formula based on the percentage of public land in each state. The bill currently has six co-sponsors, all Republicans from Western states including Utah Reps. Mia Love and Chris Stewart.

Per a 2014 Congressional Research Service report, nearly two out of every three acres of land in Utah is administered by the federal government. Nationwide, the BLM manages 247.3 million acres of public land while the USFS controls 192.9 million acres, primarily in Western states.

To police these areas, the Forest Service had 644 officers while BLM had 255, according to 2008 figures from the Bureau of Justice Statistics. These numbers have ballooned in the past half-century, with the BLM, for example, having just 13 armed law enforcement personnel in 1978.

In many cases, federal refuges already have cooperative agreements with state and local law enforcement agencies to help patrol recreational areas and respond to incidents when needed. The head of the Forest Service’s law enforcement branch testified to Congress in 1997 there were no less than 717 such agreements in place.

BLM law enforcement activities, in particular, have come under scrutiny in recent years following a well-publicized interaction with Nevada rancher Cliven Bundy who was involved in an armed standoff with BLM agents tasked with removing his cattle from federal land. This was compounded by a battle over a mining claim in Oregon and the use of a stolen BLM Ranger’s service weapon in the murder of a San Francisco woman by an undocumented alien.

Chaffetz introduced a similar bill in the last Congress with the support of the Utah Sheriffs Association. That measure gained 10 co-sponsors and failed to advance. The current legislation has been referred to the House Agriculture committee.