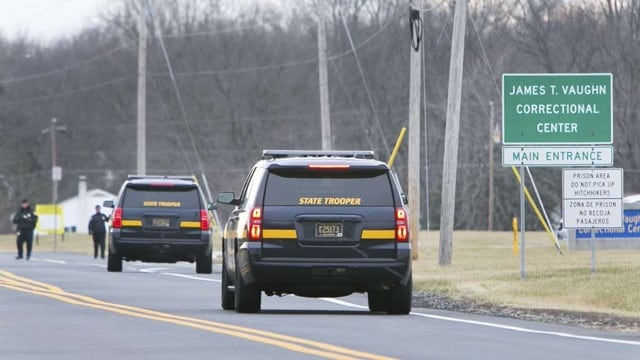 Authorities in Delaware are working to bring an ongoing standoff situation at a maximum-security prison in Smyrna to a peaceful end.

The incident began Wednesday morning around 10:30 a.m. when a corrections officer at the James T. Vaughn Correctional Center radioed for immediate assistance, The Associated Press reported. Dozens of law enforcement agencies have since responded to the situation.

Four employees, including three guards and one counselor, were initially taken hostage by inmates inside the prison. Two of the employees were released earlier in the day, while negotiators worked tirelessly into the early morning hours Thursday for the successful release of the remaining two.

At least one of the employees was taken to the hospital for non life-threatening injuries. It’s unknown if any of the other employees were injured.

Additionally, 60 of the more than 100 inmates housed in the area facility have been released, but at this point, officials aren’t sure of the exact “dynamics of the takeover” or whether those inmates were victims of a hostage-type situation, said Robert Coupe, secretary of the Delaware Department of Safety and Homeland Security.

Authorities have not said whether there are any weapons inside the facility and it’s unclear whether they are actively working to extract the remaining inmates.

Currently, all of the state’s prisons remain on lockdown.

Earlier Wednesday, a local newspaper received several phone calls in reference to the prison standoff. The calls were made by one man claiming to be an inmate being held against his will and made to make the call. The other calls came from the fiancee of an inmate and the mother of another inmate.

The calls served as a means to relay their demands, which included better treatment for the prisoners, information about the prison’s financial systems, and effective rehabilitation including better education.

In addition, the inmates pointed to the actions of President Trump as a reason for the standoff.

“Donald Trump,” said the unidentified inmate during the phone call, “Everything that he did. All the things that he’s doing now. We know that the institution is going to change for the worse.”

Coupe said they would not begin a dialogue about the demands until after the hostage situation was peacefully resolved. With all four employees now safely out of the facility, it’s unknown if that dialogue has started.