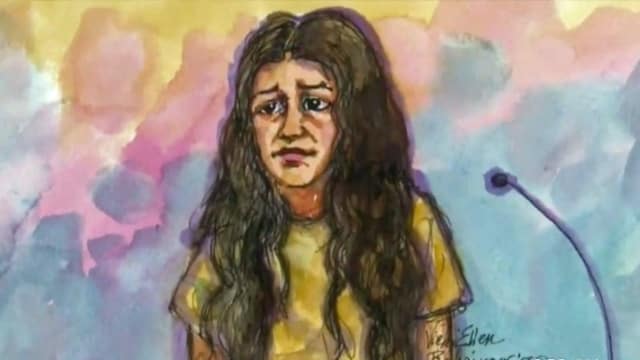 Salman, 30, was arrested and charged with with obstruction of justice and aiding and abetting by providing material support to a terror organization last month. Prosecutors allege she had knowledge of her husband’s plans, which saw him pledge allegiance to ISIS and kill 49 people in the June 12 attack. She has pleaded not guilty to the charges.

“She is a very simple person. She didn’t know what’s going on,” said Salman’s uncle last month, according to CNN.

“These are not the actions of someone with knowledge of her husband’s murderous plans,” Swift wrote, according to the Orlando Sentinel.

Salman herself has said she was “unaware of everything.” But FBI investigators say in the hours of interviews they did with her after the attack, Salman said she visited the nightclub with Mateen at least once before the rampage. She also said she was with him when he bought ammunition. In one interview, she told authorities that on the day of the attack, she told her husband not to do it.

Salman was arrested in California, outside San Francisco, where she and her young son have been living. At a court in Oakland on Wednesday, Judge Donna Ryu didn’t consider bail, and said if there is a trial, it will happen in Florida.

If convicted of the charges, Salman faces up to life in prison.