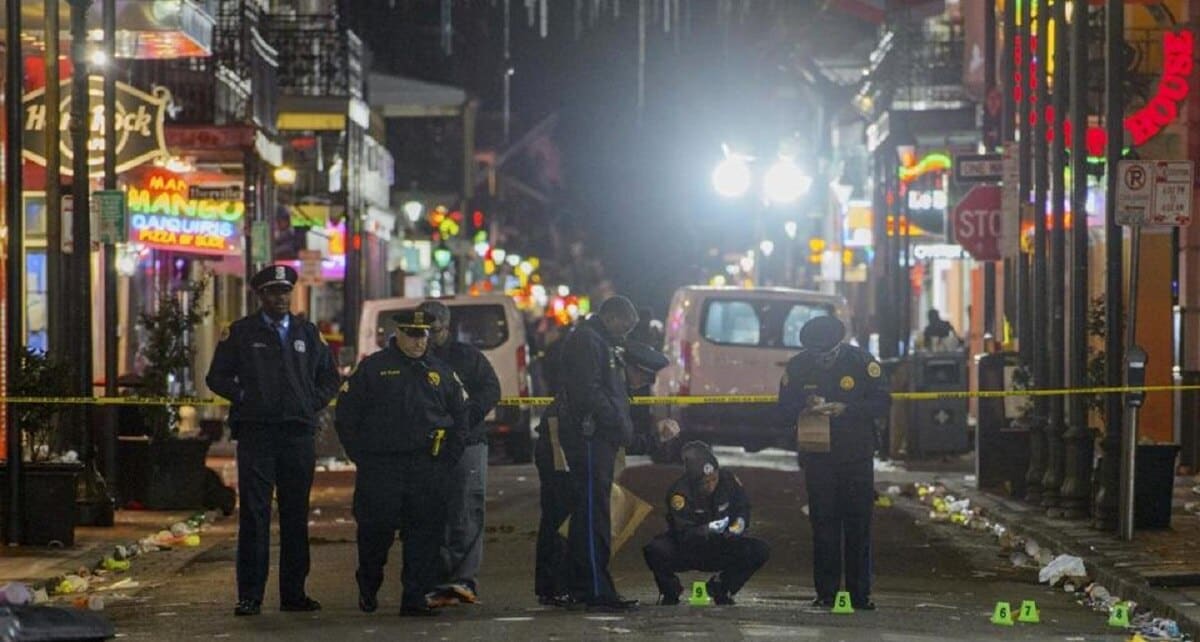 New Orleans saw a bloody start to 2017, with a total of 75 people shot in January (Photo: Boston Globe)

New Orleans gun violence continued at alarming rate to start the year, as 75 people were wounded or killed by gunfire in January.

A total of 75 people shot more than doubled the total of January last year and follows a bloody 2016 that saw increases in homicides and non-fatal shootings.

The total of 22 homicides for January is the highest since 2012, and all but 3 homicides last month were caused by gunfire, the Times-Picayune reports.

Criminologists say similar rises in violence can be seen across the country, in cities like Baltimore and Chicago, but that it is still too early to formulate substantive conclusions.

“The men and women of the New Orleans police department are very committed to identifying and arresting individuals involved in violence,” Noel said. “Officers have a laser focus attacking these crime trends. I know our plans are going to be effective.”

Many criminologists say the increase in violence in many cities can be attributed to usual factors, such as drug market disputes, gang warfare, not enough police officers, and easy access to guns.

However, sociology professor Dee Wood Harper notes two factors in New Orleans currently have him puzzled. The decrease in population of males 15-24 coupled with increased graduation rates normally correlate to a decrease in crime, but that has not been the case in New Orleans.

“I was forecasting a decline,” he said. “Turns out I was wrong. It goes to show you how human behavior operates.”