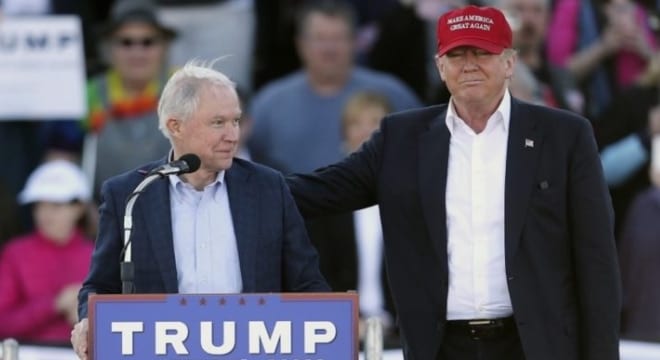 The Senate Judiciary Committee on Wednesday approved the nomination by President Donald Trump of U.S. Sen. Jeff Sessions to be attorney general.

Sessions, a Republican who has represented Alabama for the past two decades in the Senate after a stint as that state’s attorney general and as a U.S. attorney, cleared the GOP-lead committee 11-9 and now heads to the full Senate for a vote.

“Following a lengthy and thorough review of Senator Sessions’ record, and after hearing directly from people who know him best, there should be no question that he is more than qualified to be the nation’s top law enforcement officer,” said Committee chair, U.S. Sen. Chuck Grassley, R-Ia., in a statement.

Sessions underwent a marathon 10-hour hearing and responded to more than 700 questions from committee members, being grilled extensively on gun crime, expanded background checks to include private gun transfers and other Second Amendment issues, while fending off persistent allegations of racism. Though Democrats on the committee, led by California’s Dianne Feinstein, managed to delay a final vote on Sessions and in the end gave him a thumbs down, it was not enough to overcome the Republican majority.

Feinstein held that Sessions was too partisan for the job, providing the Trump administration a rubber stamp.

“The president’s nominee, a colleague of ours for some 20 years, is well known for his positions and point of view. He has been a staunch campaign partisan for the president,” said Feinstein. “He has reinforced and supported the Trump mission, style, rhetoric and views. He was the first senator to endorse. He has attended at least 45 Trump campaign events. He wore the hat. He was a leading voice. And, during the campaign, he spoke at large rallies, smiling, while crowds chanted, ‘Lock her up.’”

Second Amendment organizations were quick to applaud movement on Session’s confirmation process. The National Rifle Association — an early advocate of the nominee who boosted their support through an ad buy last week — urged swift action from the Senate as a whole.

“Sen. Sessions will put the priority of the Justice Department back where it belongs — on prosecuting violent criminals and getting them off our streets,” said Chris Cox, executive director of the NRA’s Institute for Legislative Action. “He strongly supports proven crime-fighting programs like Project Exile. At the same time, he will protect the rights of law-abiding gun owners.”

Gun control groups, civil liberties organizations and a body of 1,000 law professors have implored the Senate to reject Sessions, citing his support for Trump’s border wall, a track record of conservative votes while in office and views on drug policies related to mass incarceration.