UK: Once they have the guns, they come for the knives (PHOTOS) 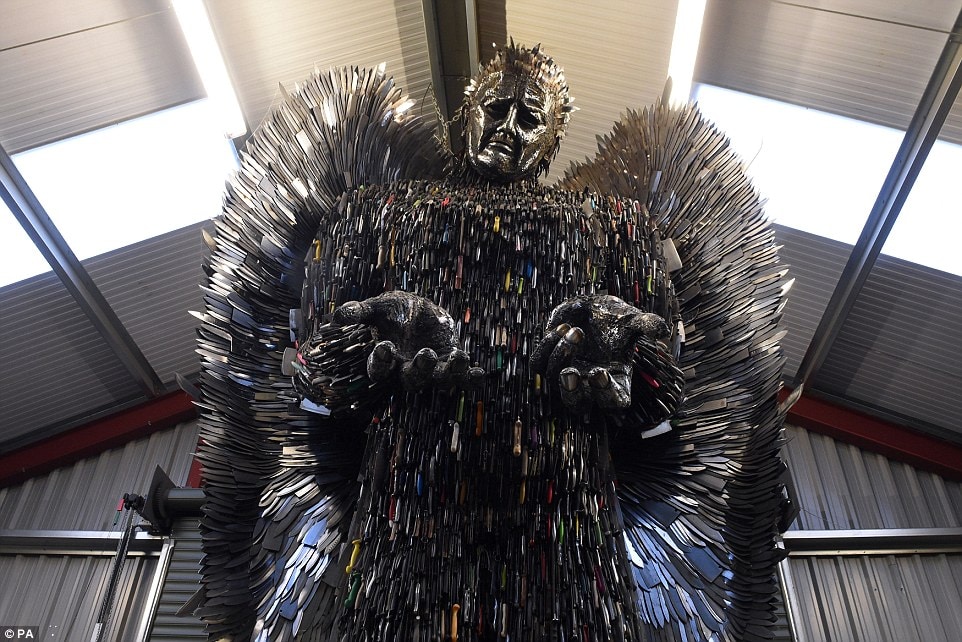 The owner of the Ironwork Center wants the modern art sculpture to be displayed in London’s historic Trafalgar Square as a national tribute to victims of knife crime. (Photos: PA via Daily Mail)

A towering “knife angel” has been crafted in Great Britain out of blades turned in through police amnesty programs across England and Wales in the past two years as a tribute to victims of knife violence.

As reported by the Daily Mail, the British Ironwork Centre and 25-year-old sculptor Alfie Bradley have created the angelic figure from more than 100,000 knives collected by 40 police agencies– with the South Yorkshire Police set to add blades collected by that department in coming days. 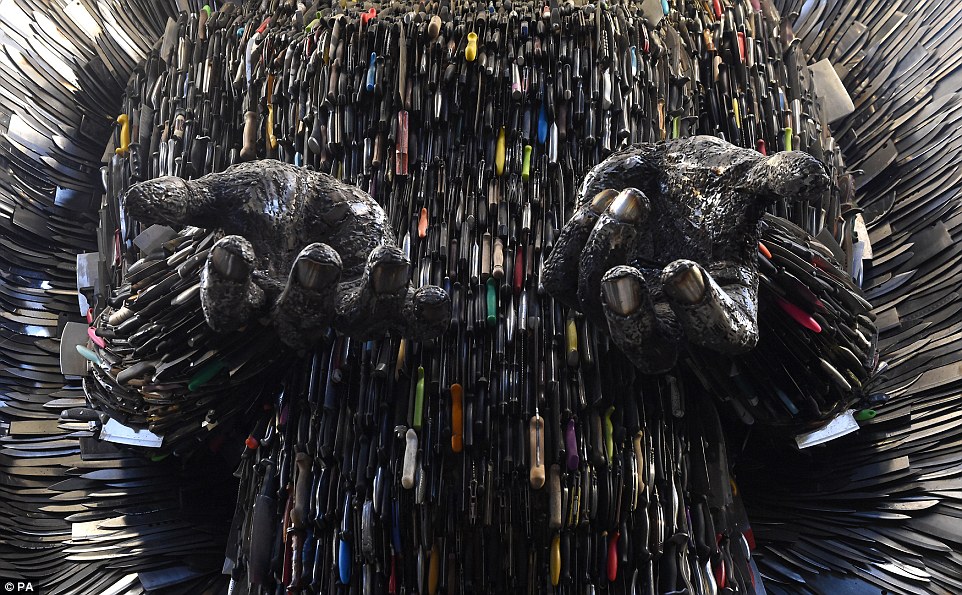 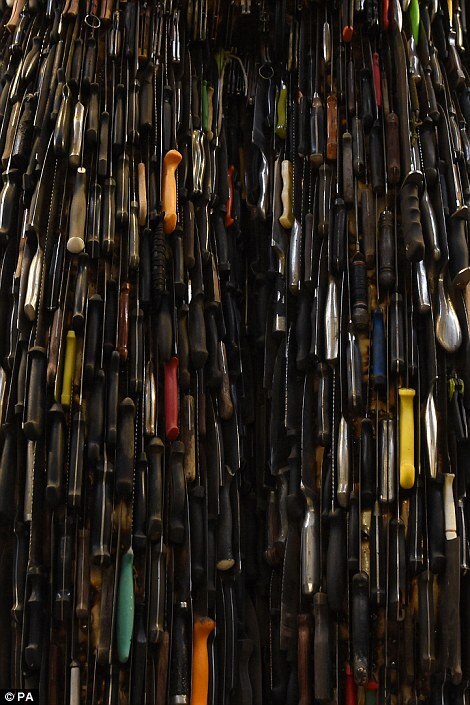 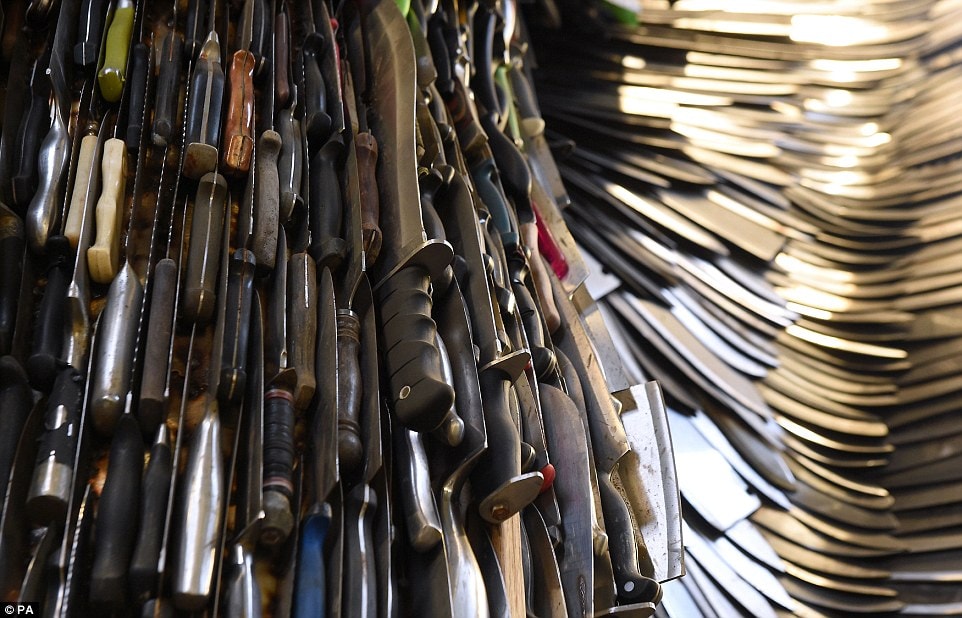 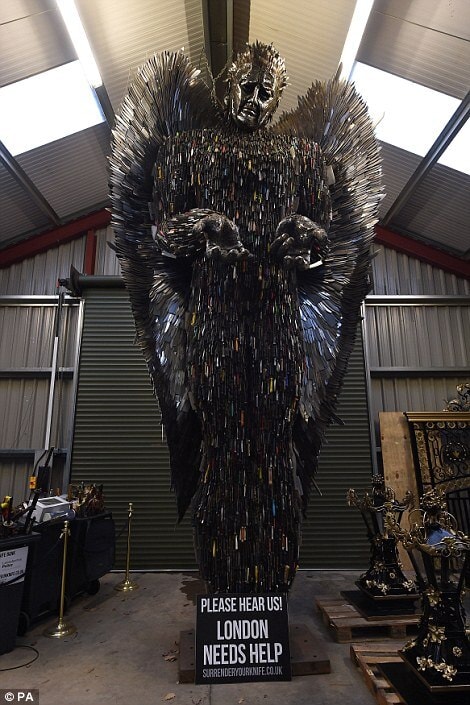 The national anti-knife crime campaign “Save a Life, Surrender Your Knife” kicked off in 2014  with anonymous knife collection bins set up in cities across the UK and a goal of taking 250,000 edged weapons out of circulation. 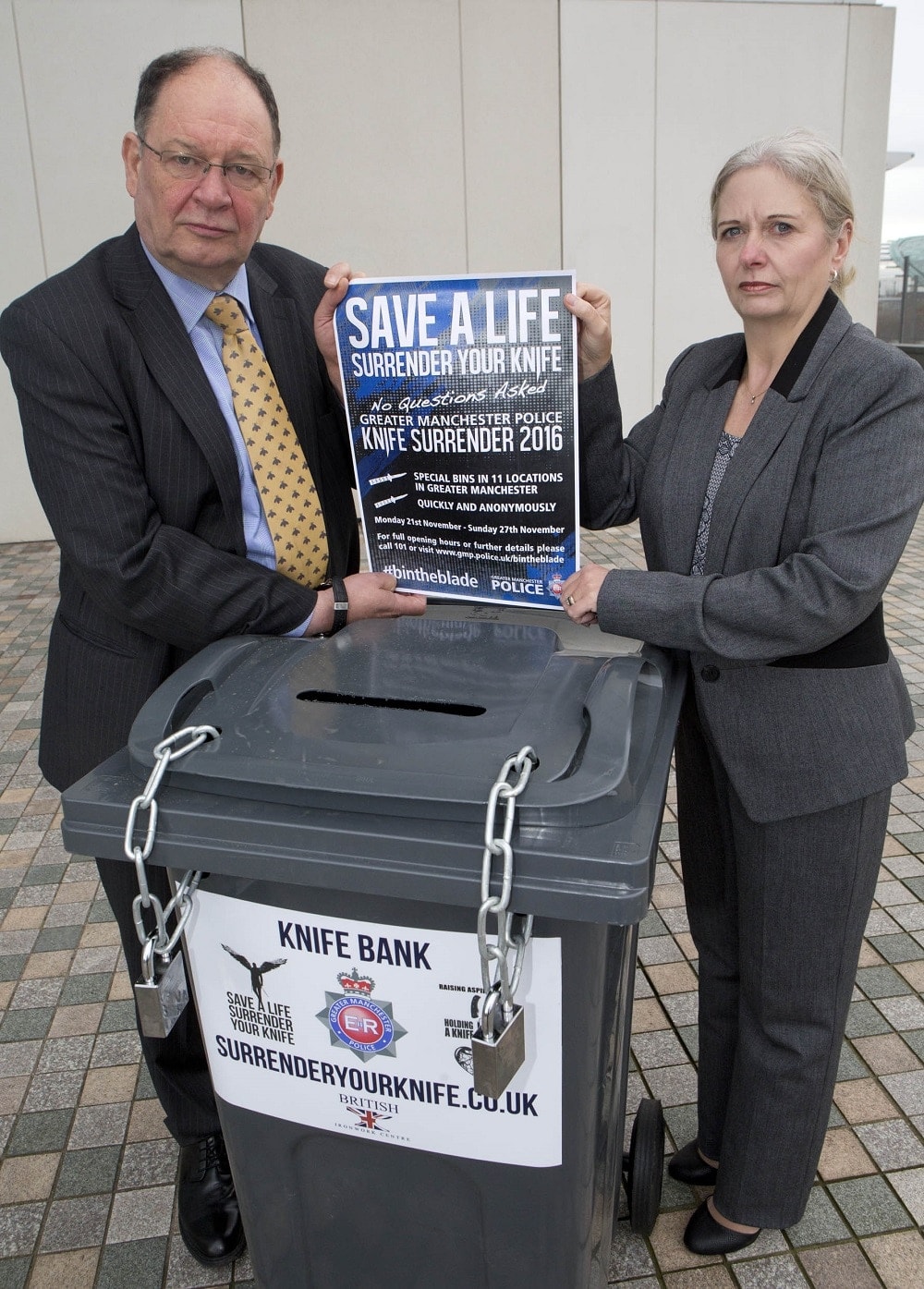 As noted by the Lancashire Constabulary, “Just by carrying a knife you could end up in court. It is illegal to carry a knife and if you are caught you will be arrested. The maximum prison sentence for carrying a knife is four years, but if you use the knife in a crime or to injure someone the penalties are a lot worse.”

Meanwhile, although the country has more than 1.8 million legal guns and a substantial gun culture, self-defense is not a right and the carry of firearms outside the home for that purpose is non-existent.

The owner of the Ironwork Center wants the modern art sculpture to be displayed in London’s historic Trafalgar Square as a national tribute to victims of knife crime.