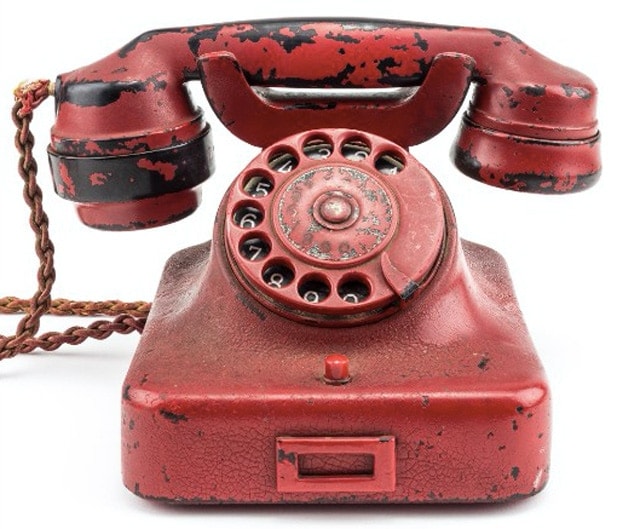 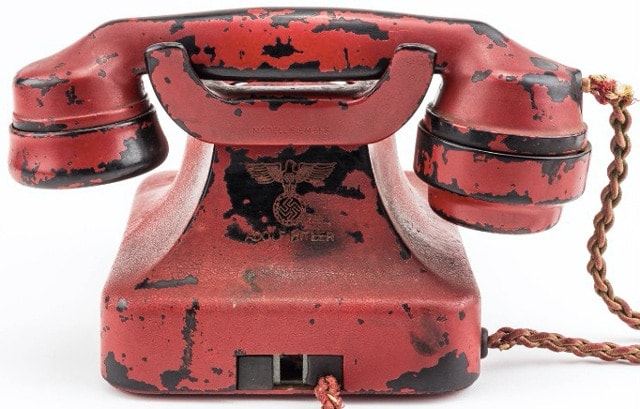 An old rotary phone that’s been tucked away in an English house in the country since 1945 is headed to auction in the United States later this month. Its significance? The antique phone, described by the auction house as a “mobile device of destruction,” once belonged to Adolf Hitler.

Recovered from the Fuhrerbunker during the last days of World War II, the phone was “arguably the most destructive ‘weapon’ of all time, which sent millions to their deaths around the world,” Alexander Historical Auctions noted in a description.

The phone was gifted to Hitler during the last two years of the war and while it was originally black Bakelite, it was painted red – said to be Hitler’s favorite color – and engraved on the back with his name, an eagle, and a swastika.

British officer Ralph Rayner took the phone, but essentially kept it a secret at first, as British soldiers caught looting could face court martial. Rayner’s son, Ranulf, then inherited the phone when his father died in 1977.

“My father didn’t see it as a relic of Hitler’s glory days, more a battered remnant of his defeat, a sort of war trophy,” Rayner told CNN. “He never thought it would become an important artifact.”

Rayner said his father described the bunker as a “dreadful hellhole” where “he could still smell burning flesh.”

“I don’t want them to be hidden again,” he said of the phone and a statue made in a prison camp that’s also going to auction. “I want them to remind the world of the horrors of war.”