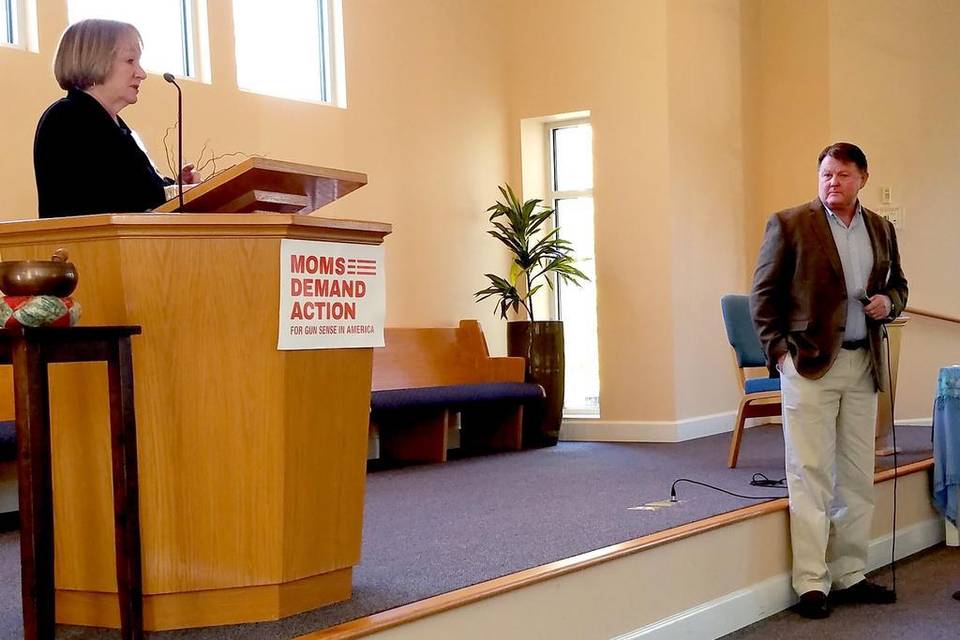 Members of gun control group Moms Demand Action and a South Carolina lawmaker got together this week to discuss and try to find common ground on gun-related issues.

The Island Packet reports Republican Rep. Bill Herbkersman came to the meeting in Bluffton, South Carolina specifically to discuss gun-related legislation in the state, fielding questions from members of the group at a local church.

The members were particularly interested in bills recently proposed in the legislature: House Bill 3240, which would allow concealed carry reciprocity within the state; Senate Bill 158, which would increase the amount of time law enforcement is given to complete a background check; and Senate Bill 88, which would allow designated public school administrators and teachers to carry concealed weapons on school property.

One Moms Demand Action member questioned the logistics of the bill that would allow designated administrators and teachers to carry guns at school, while another asked about an incident at a local Dairy Queen in which a man was tasered by law enforcement after resisting arrest for taking selfies with a handgun inside the restaurant.

Herbkersman reportedly welcomed the questions and comments, even as most disagreed with his pro-gun stance and some dug in deep on their views. “You can disagree with me all day long if you want,” he told the crowd.

When asked where he saw common ground, Herbkersman said no one wants to see people keep getting hurt by guns. Asked to be more specific, he followed up by saying that no child should ever be killed from gunfire and that neither side wants criminals to keep getting their hands on guns.

The crowd then applauded, someone jokingly shouting at him: “You’re going to be sorry for saying that!”