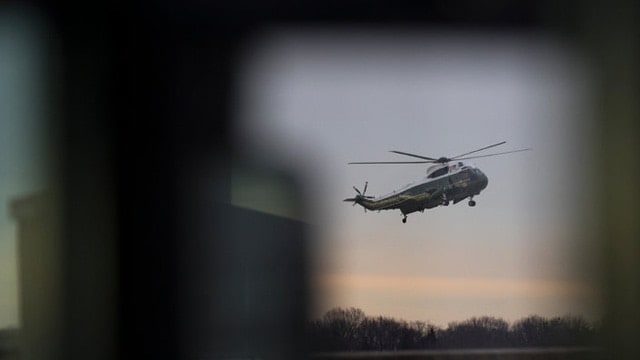 President Donald Trump flew to Dover Air Force Base Wednesday with his daughter, Ivanka, to receive the remains of an American commando killed during the U.S. raid in Yemen. (Photo: Stephen Crowley/The New York Times)

Obama administration officials on Thursday disputed a timeline laid out by the White House to defend the planning of a deadly U.S. special operations raid carried out last weekend.

A Navy SEAL was killed in the raid, as well as several civilians in Yemen, including children, according to multiple reports. Answering questions about the planning of the operation, White House spokesman Sean Spicer on Thursday said the raid was proposed months ago, adding that the Obama administration approved it days before President Trump’s swearing in. Later Thursday, an Obama administration official disputed that narrative.

“Obama made no decisions on this before leaving office, believing it represented escalation of U.S. involvement in Yemen,” tweeted Colin Kahl, a national security official in the Obama administration. “Obama thought the next team should take a careful look and run a careful process. From what I’ve read and heard, however, team Trump didn’t do a careful vetting of the overall proposal or raid.”

“In a nutshell, Trump and his team owns the process and the ultimate decision — and the consequences,” wrote Kahl.

Here's the accurate story and fuller context, which was not conveyed in today's @WhiteHouse press briefing. https://t.co/wHpNLoJirz

Central Command, which directs military operations in the Arabian Gulf and Central Asia, noted that two al-Qaida operations planners and weapons experts were among those killed in the raid.

Chief Special Warfare Operator William “Ryan” Owens, 36, was the Navy SEAL killed in last weekend’s raid. The Navy announced Thursday that he will be will be posthumously advanced to senior chief petty officer.

The Jan. 29 raid was President Donald Trump’s first authorized military raid. He and his daughter Ivanka met with Owen’s family Wednesday for about two hours.