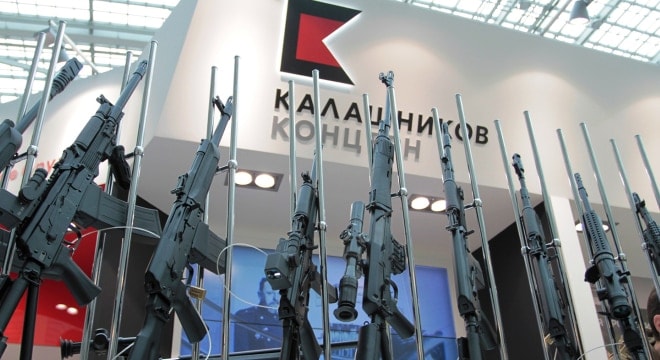 The company currently employs 6,500 on average and is looking to expand their ranks of polishers, toolmakers, milling machine operators and other crafts to meet expanded production demands. (Photo: Kalashnikov)

The Kalashnikov Concern– which manufactures guns under the Kalashnikov, Baikal and Izhmash brands– announced they plan to grow their production staff by at least 30 percent in 2017.

Company officials said the plan, which will add a third shift to their factories, is to keep up with growing and potential demand for their products overseas.

The company currently employs 6,500 workers on average and is looking to expand their ranks of polishers, toolmakers, milling machine operators and other crafts to meet expanded production demands.

Kalashnikov last November was issued an A+ (long-term) credit rating from the RAEX (Expert RA) rating agency, defined as “highly credit-worthy” and the following month was visited by the Indian ambassador to discuss the development of bilateral ties including a joint venture production in that country. Kalashnikov has long been in talks with the Indian government to produce AK series rifles there to replace the unpopular Indian Small Arms Systems (INSAS) rifle, which is widely seen as unreliable.

Headquartered in Moscow, the group is owned by private investors and non-profit state-owned Rostec, the latter with a 51 percent controlling interest, and has been operating under as such since 2013. Formerly known as Izmash until 2012 when the company rebranded under the more recognizable Kalashnikov banner, the concern dates to the Izhevsk gun factory established by Tsar Alexander I in 1807 to produce muskets to fight Napoleon.

Currently prohibited from exporting guns to the U.S. due to sanctions implemented by the Obama administration four years ago over Russia’s involvement in the Ukraine, the prospect the embargo could thaw under President Trump was not addressed by Kalashnikov. Prior to 2013, 40 percent of the company’s annual rifle and shotguns production was sold abroad to U.S. importers.

On Thursday, some sanctions against Russia, specifically against the state security apparatus that replaced the KGB, were eased, though White House Spokesman Sean Spicer was quick to point out that move was done by the Treasury Department and not at the direction of the President.

“We’re not easing sanctions,” said Spicer in a press briefing. “The Treasury Department — it is, from what I understand, it’s a fairly common practice for the Treasury Department, after sanctions are put in place, to go back and to look at whether or not there needs to be specific carve-outs for either industries or products and services that need to be going back and forth.”