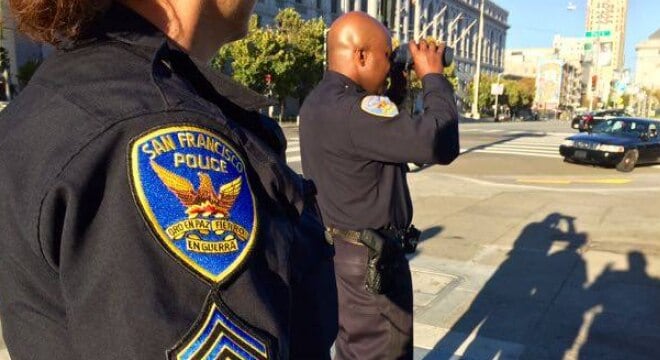 The SFPD this week dropped out of the federal terror task force they have been a part of for the past decade. (Photo: SFPD)

The San Francisco Police Department announced Wednesday they have suspended their participation in the Federal Bureau of Investigation’s terror task force.

According to a statement from the agency, the Memoranda of Understanding outlined with the FBI, signed in 2007, is approaching 10 years of age and the City’s Charter mandates that all contracts longer than that period be negotiated with the Board of Supervisors’ approval. No comment was made as to why the approval was not sought before the 10-year mark.

The Joint Terrorism Task Force is a partnership between local, state, and federal agencies tasked with taking action against terrorism. Organized with the FBI as the point of contact, the JTTF dates back to 1980 and has task forces in at least 104 cities.

As described by the FBI:

JTTFs have been instrumental in breaking up cells like the “Portland Seven,” the “Lackawanna Six,” and the Northern Virginia jihad. They’ve foiled attacks on the Fort Dix Army base in New Jersey, on the JFK International Airport in New York, and on various military and civilian targets in Los Angeles. They’ve traced sources of terrorist funding, responded to anthrax threats, halted the use of fake IDs, and quickly arrested suspicious characters with all kinds of deadly weapons and explosives. Chances are, if you hear about a counterterrorism investigation, JTTFs are playing an active and often decisive role.

SFPD noted in their announcement this week that, should the board approve a new general order, “the Department may consider renegotiating the JTTF MOU with the FBI, only after seeking guidance from the Police Commission” but did not provide a timeline.

Comments on the agency’s social media page heaped criticism on the move with many suggesting the city was severing ties to the federal government preemptively should threats by the Trump administration to cut funding to jurisdictions who self-identify as “sanctuary cities” for undocumented immigrants prove to be more than rhetoric.

San Francisco drew national attention in 2015 when an area woman was killed allegedly by an illegal immigrant with an extensive criminal record released by county authorities that ignored a “detainer” order from federal immigration agencies.

On the bright side, San Franciscans can always go to their local gun shop should they have concerns for their personal safety.