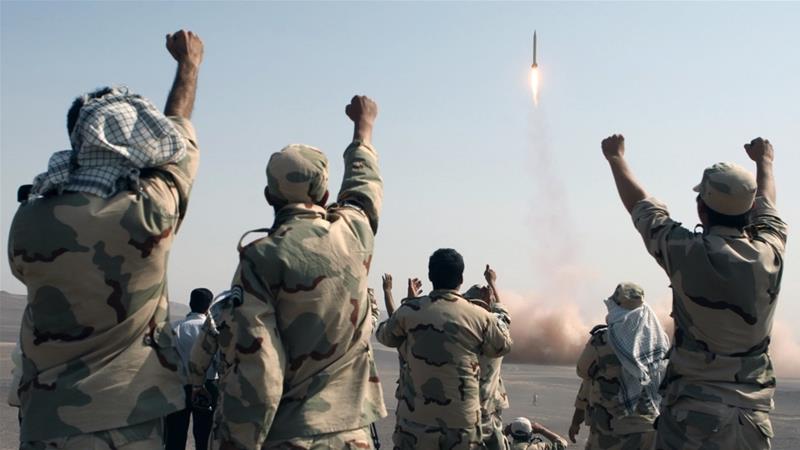 The U.S. announced new sanctions against Iran in response to recent missile test and an attack on a Saudi ship, believed to be carried out by Iran-backed militants who thought it was a U.S. ship. (Photo: Associated Press)

The Trump administration made good on its promise of “officially putting Iran on notice” by announcing new sanctions against the Islamic republic Friday, the Treasury Department announced.

The political notice and subsequent sanctions announcement come after Iran launched a ballistic missile on Tuesday, later claiming the test was not in violation of the nuclear deal it signed two years ago.

“Iran’s continued support for terrorism and development of its ballistic missile program poses a threat to the region, to our partners worldwide, and to the United States,” said John E. Smith, acting director of the Treasury’s Office of Foreign Assets Control, in a statement. “We will continue to actively apply all available tools, including financial sanctions, to address this behavior.”

President Donald Trump tweeted early Friday, “Iran is playing with fire” and that it does not “appreciate how ‘kind’ President Obama was to them. Not me!”

“Iran unmoved by threats as we derive security from our people. We’ll never initiate war, but we can only rely on our own means of defense,” Zarif wrote, later adding, “We will never use our weapons against anyone, except in self-defense. Let us see if any of those who complain can make the same statement.”

The Pentagon said the militants thought they were attacking a U.S. ship.

Flynn said the missile test and the ship attack “underscore what should have been clear to the international community all along about Iran’s destabilizing behavior across the entire Middle East.”

As the U.S. moves to admonish Iran, it has moved to ease some restrictions placed on Russia. The Treasury Department on Thursday adjusted sanctions (pdf) placed on FSB, the Russian intelligence agency, put in place by President Obama in 2015 by executive order for “engaging in significant malicious cyber-enabled activities.”

The sanction adjustments allow for the import of U.S.-made information technology products into Russia.

In response to questions about whether the U.S. was easing sanctions against Russia, Trump responded Thursday, “I haven’t eased anything.”

The White House on Friday clarified that these sorts of adjustments are “routine.”