From custom to mainstream: The 6.5 Creedmoor’s rise to fame 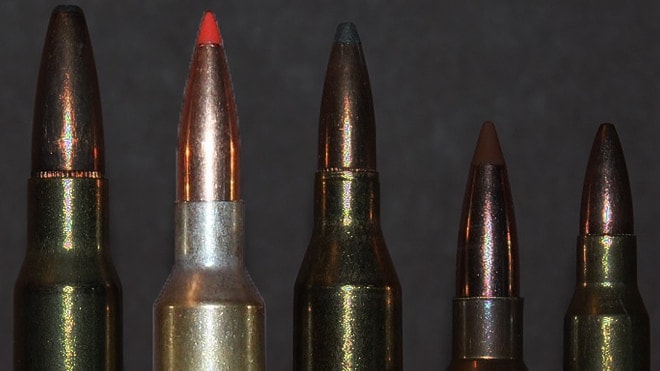 The decade-old 6.5 Creedmoor cartridge has been gaining in popularity and a standout among its peers. (Photo: Wiki/Guns.com)

It’s not too often a decade old cartridge makes the circuit back into mainstream popularity, but it seems the 6.5 Creedmoor is doing just that.

Built on the idea of providing precision shooters with a reliable, long-range cartridge, the 6.5 Creedmoor has enjoyed some renewed attention as more manufacturers flock to offer consumers options in this not-so-new package.

Termed the “prom king” by some shooters for its surging popularity, this long-range contender didn’t start off so popular. Precision shooters loyal to the .308 round were initially skeptical of the 6.5 Creedmoor. However, rogue custom rifle fans, impressed by the round’s performance, helped propel it back into the mainstream.

“The 6.5 Creedmoor caught on with precision shooters quickly. Previous to the 6.5 Creedmoor, shooters had to reload or purchase expensive custom ammunition,” Glenn Seekins, of Seekins Precision, told Shooting Sports Retailer. “As the 6.5 Creedmoor crept into custom rifle world, manufacturers like us and Ruger jumped in. We knew the caliber would be popular both in firearms and in the availability of factory ammunition.”

He added, “The biggest reason for the 6.5 Creedmoor boom is the ballistic advantage for long range shooting — not so much energy on target but minimal wind drift and elevation drop; it’s very good.”

The 6.5 Creedmoor cartridge has a .473-inch diameter case head, the same as the .30-06. It features a 30-degree shoulder with a case length of 1.920 inches. Overall, the cartridge measures 2.825 inches in length. With almost an inch of difference between the case length and the cartridge length, long 6.5mm, 140-grain, high-ballistic coefficient, VLD and ELD bullets to extend from the case rather than sitting deeper inside.

The result? Muzzle velocity for the 140-grain factory load is 2,710 feet-per-second. This comes pretty close to the muzzle velocity of the .260 Remington with the same bullet weight, despite the .260’s larger case. The 6.5 also has the added benefit of distance in long-range shooting.

“Where these gun really shines is out at ranges beyond 800 yards, where the traditional .308 gun starts to fall off,” Ryan Jacobson of Nemo Arms told Guns.com in an email. “We have seen an extreme interest in the 6.5 offerings, and most of that is driven from pure performance of the cartridge.”

Richard Gans, President of Atomic Ammunition, also touted the Creedmoor’s reduced recoil and ease of shooting over its .308 competitor.

“It’s accurate, flat shooting and has less recoil that most .308 loads,” Gans told Guns.com. “The extremely high ballistic coefficient makes it an easier round to shoot at long range than .308 and it can carry more energy at longer range than .308 making it an excellent hunting round.”

Journalist and firearms expert Michael Bane shared a similar sentiment with Sportsman Channel, telling the site that the 6.5 Creedmoor cartridge is superior to the .308 in more ways than one.

“There is a quantum difference between shooting a .308 all day and shooting a Creedmoor all day, recoil wise,” Bane said. “I guess we need to make something up called the ‘beat-up factor.’ Creedmoor won’t beat you up as bad.”

The creation of the cartridge is steeped in oddity, built on the roots of lever-action rifles. The 6.5 Creedmor story begins in 1982, when the .307 Winchester round was introduced to function with Winchester’s Big Bore Model 94 lever-action rifle. That particular chambering didn’t achieve much success and the round was later canned and no longer sold commercially. However it served as the basis for the .30 TC introduced in 2007.

Thompson Center asked Hornady to engineer a proprietary .30-caliber cartridge for the launch of the bolt-action Icon rifle. Hornady engineer Dave Emary took the .307 case and did a major overhaul — shortening it, thinning the walls and removing the rim. Like its predecessor, the .30 TC didn’t do so well. However, Emary was on to something big.

The modern day 6.5 Creedmoor began its evolution at the Civilian Marksmanship Program’s 2007 National Matches at Camp Perry. Emary and High Power National Champion Dennis DeMille, talking shop like most industry folks do, were on the topic of 6mm wildcat cartridges. While mulling over the notoriously finicky rounds, the two agreed it would be amazing if a commercial manufacturer could produce a cartridge in the 6.5mm design that was both accurate enough to win competitions and also followed Sporting Arms and Ammunition Institute guidelines and standards.

Here’s where the stories converge. Emary alongside fellow Hornady engineer Joe Thielen cut down that failed .30 TC cartridge so it could accept a .264-inch bullet. In that, the 6.5 Creedmoor was born.

“It was intended to be an off-the-shelf competitive match cartridge that replaces or is used in lieu of a lot of the wildcat cartridges that you have to hand-load and that have limitations and drawbacks in functioning and temperature sensitivity,” Emary told Accurate Shooter in 2008. “It is a modest recoiling cartridge that’s intended as a three-position across the course cartridge that has ballistics effective even to 1,000 yards.”

The benefit of having the backing of a major ammunition maker like Hornady equates to cheaper rounds for shooters. This in turn helps propel popularity.

Factory loaded ammunition is now readily available from a host of ammo makers to include  Nosler, Winchester, Federal and Atomic Ammunition and is just about as cost effective as the .308 round. A search on Midway USA shows only a slight difference in pricing between 6.5 Creedmoor and .308, with 6.5 coming in just a few dollars more.

The bigger picture suggests that the round is also getting a boost due to gun makers wading into the precision shooting pool.

Ruger’s foray into 6.5 Creedmoor rifles began with the introduction of the company’s Precision Rifle in 2015. This long gun, priced well below custom builds, offered shooters the 6.5 Creedmoor for under $2,000. Savage Arms, not to be outdone, followed with the model 10BA Stealth. Priced at $1,207, the Stealth created even more opportunities for the 6.5 Creedmoor to creep into the mainstream.

“It’s here to stay,” Gans said. “I wouldn’t be surprised to see more gun-makers introduce the 6.5 Creedmoor cartridge in platforms typically associated with .308, like AR-10 and semi-auto M14 type rifles.”

If the slew of products at SHOT Show was any indication, the 6.5 Creedmoor is no longer tip-toeing around the edges of the industry – it’s jumping in with both feet.